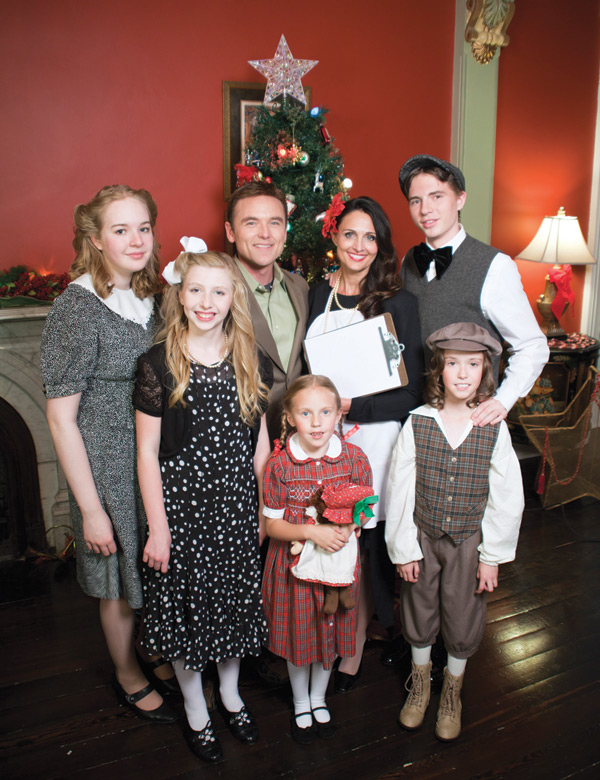 Chip Rossetti, an independent filmmaker in Evansville, was contacted in April by a distribution company that wanted a Christmas movie. Rossetti didn’t have one — yet.

Rossetti immediately went searching for a script, and found a stage play from the 1970s titled “The Rented Christmas.” He rewrote it for the screen, brought in actors from as far away as Alaska, and shot the film titled, “A Borrowed Christmas.”

“We shot for five days here in Evansville,” says Rossetti. “Mostly at the home of Sherry and Kirk Wright (see Evansville Living May/June 2014) on Riverside Drive, but also a little bit out in Newburgh. Five days is a little faster than we like to do stuff, but because we wanted to have it ready for Christmas, we didn’t have a lot of time.”

“We wanted to create something the whole family could enjoy,” says Rossetti. “It is kind of a throwback. It is like the old classic Christmas movies. The test screenings we’ve done with it have been great.”

Rossetti Productions has been around for about 15 years, but it’s just been in the past three years that the production company has shot feature-length films. In that time, Rossetti and his team have produced 14 movies, all faith-based family films. Seven of them were shot in Evansville.

For more information about “A Borrowed Christmas,” visit rossetti-productions.com.