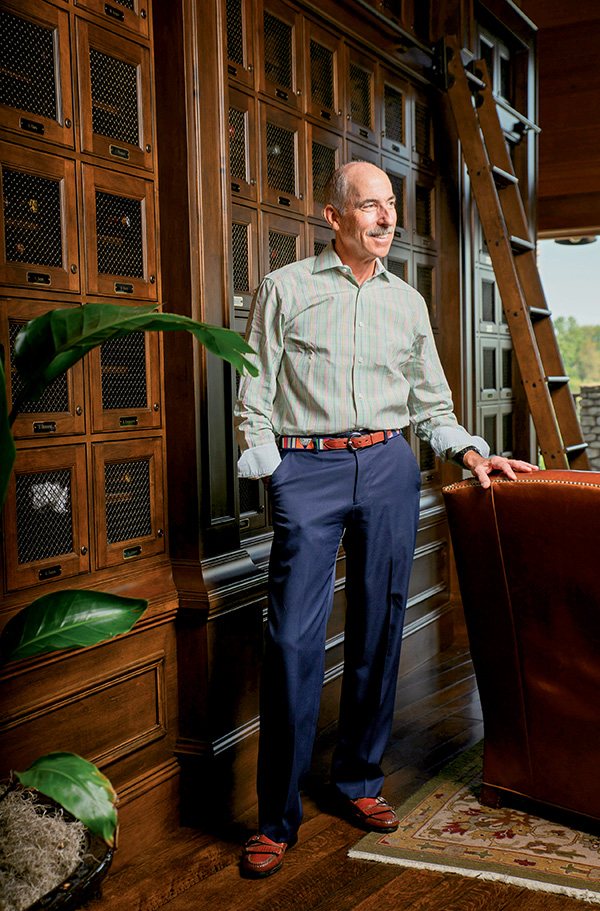 Alan Newman still remembers where he was standing. He was on the golf course on the fifth hole with Andy Present, the former branch manager of the Hilliard Lyons (now Hilliard Lyons, a Baird company) Evansville office, when Present asked out of the blue if Newman had ever considered being a stockbroker.

Newman was almost positive his friend’s question was asked only to throw him off his game, and it worked. While Newman lost that round, it opened up an entirely new path that changed the course of his life and career.

“And so a storybook career I never could have dreamt of — the opportunity for that storybook career — fell into my lap,” says Newman. “I tripped over it. If I gave myself any credit for that at all, it would be that I recognized opportunity knocking because I didn’t know the difference between a stock and a bond.”

The retail business is all Newman had ever known. His grandfather Alex Hamburg owned The Atlas department store in Evansville, which then became a third-generation business when Newman worked at the store over his holidays and vacations as a student. After graduating from Indiana University’s Kelley School of Business, he and his wife Sandy moved to Chicago where he was accepted in the executive training program with Goldblatt’s Department Store. A few years later, the couple decided it was time to run their own shop and moved to Evansville where they opened the women’s ready-to-wear store Something Special In Fashion at Diamond and First avenues.

It was six years later, on the golf course playing with Present, that Newman found his second career that would span almost 40 years. It turned out Newman was a pretty good stockbroker at Hilliard Lyons, but he was even better at navigating change — whether he was moving from the only career he had known to a completely new trade or navigating a changing industry.

“He’s always been an early adopter as our business has evolved from brokerage to wealth planning,” says Jim Allen, chairman and CEO of Hilliard Lyons since 2004. “He’s really helped to set the tone for the organization when it comes to the changes in our business and has led by example.” 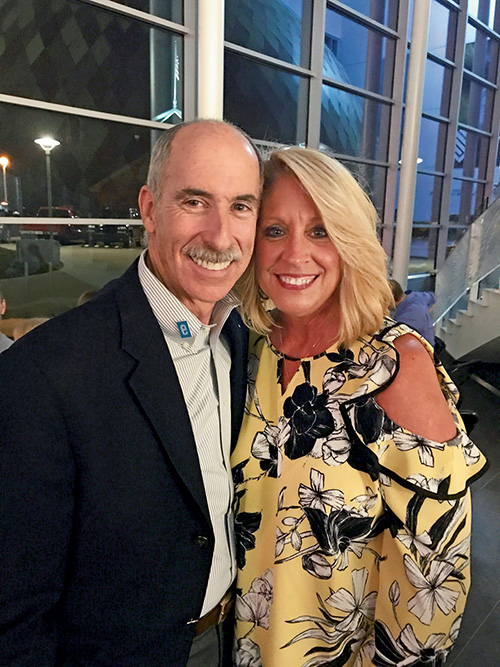 Hilliard Lyons was early to transition the company from one of a transactional business model to one of financial advice, and, in 1989, Newman was promoted to branch manager of the Evansville office. When he took over, Hilliard Lyons Evansville had around six advisors. Today, the branch has 21 — almost all coming from outside the financial industry.

David Oldham joined Hilliard Lyons in 1993 after 20 years in the electronics business and today serves as senior vice president and wealth advisor at Hilliard Lyons’ Princeton, Indiana, office. He had worked with Hilliard Lyons as a client and known Newman, but after sitting down for a conversation with him, he decided to make a change.

“He was the absolute influence on my decision to switch industries,” says Oldham. “He gave me the confidence I could do it and was extremely helpful and supportive throughout my decision process and throughout my first years and continues to be a big influence to me in the industry.”

As he looks back on his 39-year career with Hilliard Lyons, Newman says he is most proud of the lives he has touched and the number of career paths he has created. Hilliard Lyons has 70 offices in 13 states, and the Evansville office has long been held as a golden standard and flagship office within the company, due in large part to Newman’s work to make what often is an individual sport a team sport.

“Our collaboration over the years has been very beneficial to our practice both on a personal level as well as impactful for our clients,” says Robert Wathen, senior vice president and wealth advisor for Hilliard Lyons. “Alan can see events and circumstances from multiple viewpoints. That’s always been helpful when makingdecisions of significance.”

Two years ago, Newman was promoted to executive vice present and director of the company’s private wealth management group, which oversees all 70 offices and took Newman to the company’s headquarters in Louisville, Kentucky. Phillip Roberts, who then served as vice president and assistant branch manager for the Evansville office, replaced Newman as senior vice president and complex manager of Hilliard Lyons Evansville.

Roberts joined the Evansville office from Hilliard Lyons’ Louisville location after Newman sought him out for the position and says the collegial atmosphere Newman created is a tradition he has continued.

“He was more than a mentor and business partner; Alan was a friend, confidante, and, in a lot of ways, a father figure to me,” says Roberts. “Above all else, Alan helped me to ultimately believe in myself, work hard, control what I can control, and trust that the rest will take care of itself.”

These bits of wisdom and advice, says Roberts, are affectionately referred to around the office as “Newman-isms.” 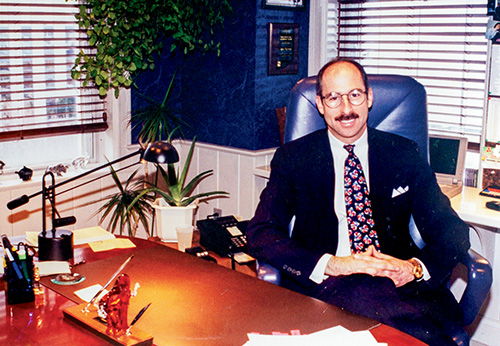 Keeping family first is how Newman decided that the end of this year, on Dec. 31, was the time to retire. It was a difficult decision, he says, and one that required a lot of time and thought. He was reminded of his introduction to psychology class during his days at IU, where he learned about Maslow’s hierarchy of needs. At the base, there are basic needs like food, water, warmth, and safety followed by psychological needs like belongingness, love, and accomplishment. At the top sits self-actualization, where one has achieved their full potential.

“I was fortunate enough to reach that level, and it took me a while to work through the fact that doing what I did in financial services, growing our markets, helping our clients generationally, creating career paths, and all of those things, were what I did,” says Newman. “They weren’t who I was; they weren’t who I am. I had to work through that, because there was some period of fear of identity. That’s not who I am; it’s what I do, and I still am who I am. My priorities haven’t changed. It’s family first. It’s people. All of those things are the same.”

Retirement for Newman means more traveling (he and Sandy have a home in Vail, Colorado, and enjoy traveling domestically and internationally) and more time spent on the golf course. He was a charter member of Victoria National Golf Club when it opened in 1998 and has traveled to golf all over the world, most recently in San Antonio, Texas, and across Scotland. Hop on Newman’s golf cart at Victoria and it’s clear he knows the course like the back of his hand as he zips around.

Most importantly, however, retirement means more time spent with family. The Newmans’ son Brian and daughter-in-law Beth have two children, Isaac (10) and Eli (5), and live in St. Louis, where Brian is an architect and campus planner for Washington University. Their daughter Emily and son-in-law Thaddeus also have two children, Clementine (5) and Foster (1), and live in New York City, where Emily works as the chief operating officer for the nonprofit Center for Employment Opportunities.

As much joy as watching his children succeed and grandchildren grow up brings, retirement is, in many ways, a bittersweet time. It means leaving behind many coworkers and friends, some who have worked with Newman almost his entire career at Hilliard Lyons.

Jill Pate has worked with Newman for almost 33 years as his executive assistant, and after almost three decades spent working side by side, the pair have become more like family than coworkers. Newman likens her to the MASH TV show character Radar O’Reilly, able to produce what Newman needs many times before he even finishes asking for it.

When Newman was asked to run Hilliard Lyons’ private wealth management group in 2017 from Louisville, one of his nonnegotiable items was that Pate went with him, working remotely with Newman from the Evansville office. In their time working together, Pate also has gotten to know Newman better than most. She recalls how he has earned a brown belt in taekwondo, is known to practice putts in his office while on business calls, and is particular about straightening each corner of his bills before folding them into his money clip (a habit Pate says she has picked up).

“Alan helped me grow into so many different roles over the years and provided me a knowledge base I’ll forever be grateful for,” she says. “Alan, Sandy, and the kids are more than friends; they’re my extended family.”

Along with saying goodbye to friends, coworkers, and clients, Newman also is leaving at a time of major change for the company. At the end of last year, Hilliard Lyons announced it would be joining Baird, an employee-owned, international wealth management firm headquartered in Milwaukee, Wisconsin, closing the deal on April 1, finalizing the transition this month, and making Hilliard Lyons a fully owned subsidiary of Baird.

“They are such an outstanding organization,” says Newman. “I don’t think there are very many organizations that are culturally similar to Hilliard Lyons, but they are our cultural twin. I’m so excited about what the future will hold just in terms of growth and our ability to help people.”

While Hilliard Lyons has had various financial partners in the past, like Houchens Industries, Inc. in Bowling Green, Kentucky, prior to Baird, this is the first time Hilliard Lyons has found a true fit with another financial services company. The deal will take Hilliard Lyons from a $250-million firm in revenue to a firm of $1.6 billion. Baird also will bring more investment banking opportunities to the table and have additional research capabilities with teams in Europe and Asia for clients.

“Hilliard has a great future as part of the Baird organization,” says Allen. “The cultural compatibility between the organizations is truly remarkable. It’s a tremendous opportunity to put two really outstanding firms together.”

Though Newman is leaving during a time of exciting transition for Hilliard Lyons, he says he knows he is leaving the company in good hands. The friendships and relationships he has formed in his 39 years in financial services won’t disappear after he retires, and he doesn’t feel as though he truly is leaving. After all, he says, he will continue to be a client, have interest in the company’s ongoing success, and will stay in close touch.

“I operate my life with a very simple philosophy. It’s so simple I’m almost embarrassed to share it, and the philosophy is, ‘What is, is.’ That’s it,” says Newman. “My philosophy I have tried to pass along to my kids and colleagues is, ‘Deal with it.’ That’s what makes people winners. We don’t have total control of our lives. We don’t get to dictate what happens every day, but we do get to decide how we manage it, how we internalize it, and what our plan of action will be.” 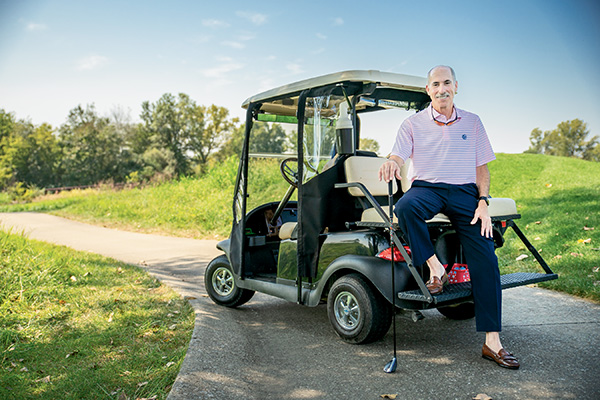