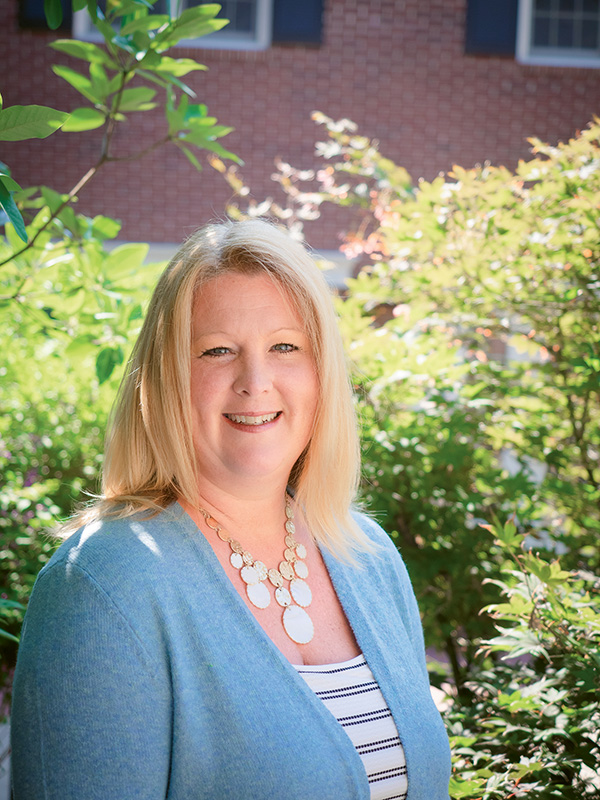 RMHC executive director Theresa Floyd-Maas has been with the organization through it all.

Did you ever think you would one day lead RMHC?

At the time, no. I think I was looking for a good place to be happy and know that my work was meaningful and fulfilling. This charity seemed to offer that, so I was hopeful I would grow as it grew but never thought I would be the executive director.

Hospitality a la Carte is our Happy Wheels program. The Happy Wheels Cart is a hospitality cart that rolls the hallways in the hospital. Someone once told one of our volunteers, “Do you realize what you just did?” Because they were observing her interacting with some families. The volunteer stated, “I gave out a snack and some toys?” The gentleman said, “No, you made the hospital less scary. You brought that family a smile, and that child is now more comfortable.”

Now that you’ve seen both corporate and nonprofit worlds, do you see yourself in one sector more than the other?
Yes, I truly enjoy serving in the nonprofit sector. It is very fulfilling knowing I’m making an impact and my decisions matter. Not that you can’t get that in the corporate world, but it just touches you in a different way. I’ve often said I hope I get to retire from here, so we’ll see how that goes.

Did you know much about RMHC before you started working with them?
I did not. I was probably the typical “Jane Public” person and always saw the signs at the McDonald’s but didn’t really understand what it was. I often say, once you’ve been touched by this charity, it stays with you.