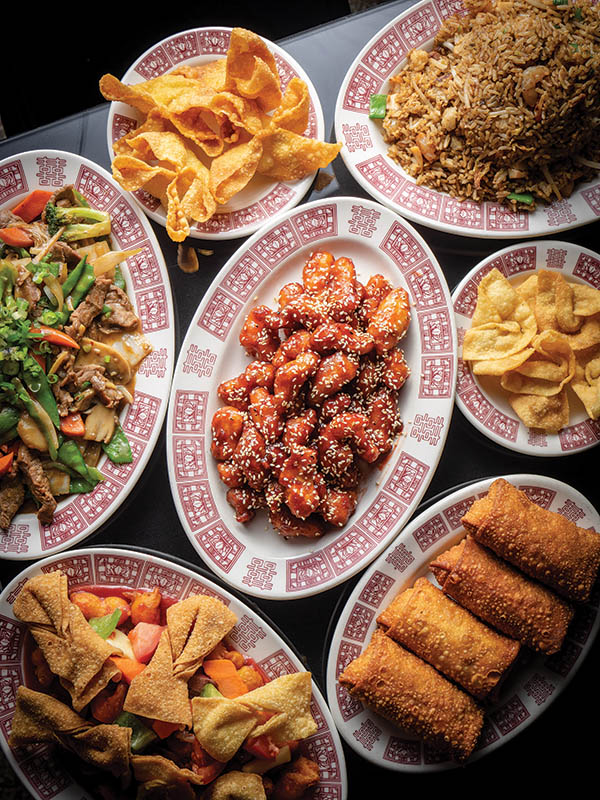 Shing-Lee has been a staple on Main Street since it opened in 1971 as one of the first Chinese restaurants in Evansville. However, fans of the long-standing establishment haven’t been able to get their fix since June 2016 after a fire in an adjoining building caused serious damage to the restaurant. Earlier this year on May 1 owners Foo Shung “Frankie” and Yin Ling Jung reopened and are serving up their classic Chinese cuisine once again.

Frankie says he opened Shing-Lee, located at 215 Main Street, while studying electrical engineering at Evansville College (now the University of Evansville). After graduating, he worked for a year at Whirlpool before leaving to devote more time to the restaurant.

“When I first opened, Green River Road was only a cornfield. At that time the only thing available was Downtown,” says Frankie. “In order to create jobs for my family, I had to open my own Chinese restaurant so the whole family could work together.”

Since Shing-Lee first came to town, Main Street has undergone a major transformation. The direction of the traffic flow has changed three times and Frankie recalls seeing the walkway change from brick to concrete and back to brick.

“In the 1970s it was pretty good. At that time there were a lot of stores here. It’s changed a lot,” he says. “Now is a good time because of the medical school and everything going on.”

While the restaurant has received a few upgrades during the fire repairs — like a new color scheme and floors — the floor plan and menu remain the same.

“All of my customers like my old-style kind of food,” says Frankie. “They actually come in and tell me what to cook — how hot they want, how spicy they want, or if they are allergic to anything or on a low-sodium diet.”

The sesame chicken remains the restaurant’s most popular and requested dish, although the sweet and sour wonton and fried rice also are popular. Frankie says they have been overwhelmed with the excitement of the community since reopening and already have welcomed back many of their previous regulars.

“They were so excited,” he says. “When we first opened, we kind of hesitated to take carryout because we couldn’t handle it. We wanted to take care of people in here first, but they didn’t like to wait. They said, ‘We have have been waiting for two years. We are ready.’”