Music for the Ages 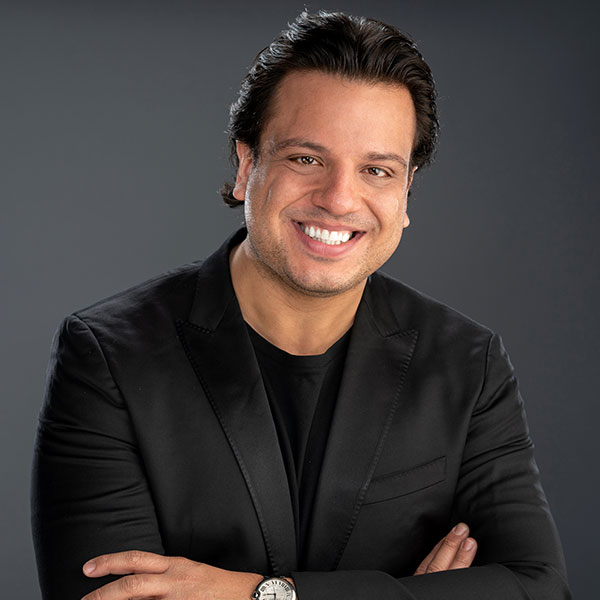 Only a month since the close of the Evansville Philharmonic Orchestra’s 2021-22 season, the Tri-State symphony already is readying for its next season, set to be one of its most ambitious. The eclectic 88th EPO season willweave a diverse selection of genres, guest artists, settings, and community events through 10 classics and pops series concerts as well as return its annual Handel’s “Messiah” concert and the New Traditions Diversity Series and the Uncorked Series (formerly known as the Bourbon Series). After the 2023-23 season announcement on June 2, Evansville Living caught up with Music Director Roger Kalia to learn more about this season’s theme “Inspired! Creating Beautiful Music for You” and how it will bring together an audience of all backgrounds and ages.

How would you describe this season’s theme, and how will these concerts inspire the audience?

“Inspired!” is all about inspiring our community, especially after something like this historic pandemic where everyone is feeling the effects of COVID-19 in the sense that they’ve been isolated. The music is meant to be an inspiring tool. So we have some of the greatest, most inspirational music in terms of what we’re doing: Shostakovich’s fifth symphony, the Mozart Requiem. This is incredibly inspiring for our audience, but also for our musicians. As a musician, you want to be inspired on stage. You don’t want to go to work and not be inspired. So it’s not only for the audience, but it’s for the musicians as well and the entire community through the different repertoire and the guest artists we’re bringing in. The guest artists, in particular, they’re all different ages and in different stages of their careers, so that’s inspiring in the sense that you have local artists like Luther Lewis, and then you have someone who has been all around the world, like Capthia Jenkins.

One of your goals as music director is to connect more with the audience. In what ways will this season accomplish that?

We’re definitely going to feature our musicians more through solo performances like Graham Cullen and the Dvorak Cello Concerto. The Uncorked Series is meant to be a chamber orchestra — no more than 12 musicians — so it really highlights them as musicians outside of the Victory in a more intimate setting, which is really nice. The audience is right there up close and personal in contrast with the Victory, which is great, but there is that distance between the performers. I feel as a conductor, it’s our mission to really connect with our audiences in new and creative ways. So, for instance, that’s one of the reasons why the Uncorked Series came to be is because we wanted to connect in more informal ways with our audiences and get to know them and show a different side to the musicians. They are people, too. They don’t just play from 7 to 10 p.m. on stage. They have real, wonderful personalities, and they’re really brilliant and down-to-earth people. That’s the one thing I love about Evansville: The community is very down to earth, and the musicians on stage reflect that.

How will this season attract younger concert-goers as well as the traditional EPO audience?

That’s the challenge. You’re always thinking not about one group; you’re thinking about the entire spectrum of Evansville and the community. I always think about when I was in youth orchestra and how inspired I was to see the New York Philharmonic and what they did. Some of the ways to do that, first off, is the fact that we’re offering free student tickets throughout the year. We’re going to continue that initiative from this past season. I feel that the EPYO (Evansville Philharmonic Youth Orchestra) side by side is a wonderful opportunity for those kids and their parents, and that will bring in their friends, hopefully, and new listeners to the EPO. It’s really moving to see your son or daughter on stage in the Victory with their mentors or teachers and some of the great musicians here. Think about Peppermint Pops, for instance: That concert is really meant for all ages. That has all of the great Christmas carols, but not only that, it has the philharmonic chorus, the children’s choir, the dance team from North High School, and just a variety of local artists.

What is your process of putting together a season?

It’s a very collaborative process. I of course come in to each season with goals and pieces that I really would love to do, whether they be war horses or new music or whether they be hidden gems at the repertoire, underrepresented composers. I always come in with really big pieces that I want to do. Often, I go large to small, but then I also talk with our board of directors, I talk with our staff. Many of them have lived here their whole lives. They know this community. Being new to Evansville, this is only my third season. I feel like I could do a whole season of pieces, but will it connect with the audience? The fact that they know the community helps me choose repertoire in many ways in terms of what will connect our audiences here in Evansville.

I also talk to the musicians. That’s so important because they’re the ones playing. If they’re not happy with what you choose, it’s not going to be a good concert, no matter how good of a conductor you are. I always encourage them to send me suggestions, and that’s where our musicians’ choice concert came to be, because of that concept of giving them more of a say in the process. At the same time, you have to be very selective in what you do in order to make it work because you only have five concerts — five classics, five pops — and there’s a lot of great music out there.

How does this season differ from past seasons?

I would say the eclectic nature and diverse offerings that the EPO is performing in terms of repertoire, in terms of collaborations, in terms of guest artists. Not many orchestras are able to do this amount of music at a high level. My goal is to show the Tri-State community and listeners from all over how diverse and versatile our musicians are in the sense that they can play everything from jazz to soul to baroque music to classical music to ballet music. And the fact that Evansville has some really talented people like Luther Lewis; we’re really blessed and fortunate to have the caliber we do.

You won’t be disappointed this season because there’s something everyone — even if they’ve never heard classical music — they’ll say, ‘Oh, wait a second, I know that piece,’ whether it be Tchaikovsky’s Piano Concerto or Aretha Franklin or something like the Mozart Requiem, which has been featured in movies and commercials. So, that’s part of the programming. I try to find pieces that I think will be recognized, while also including new music.