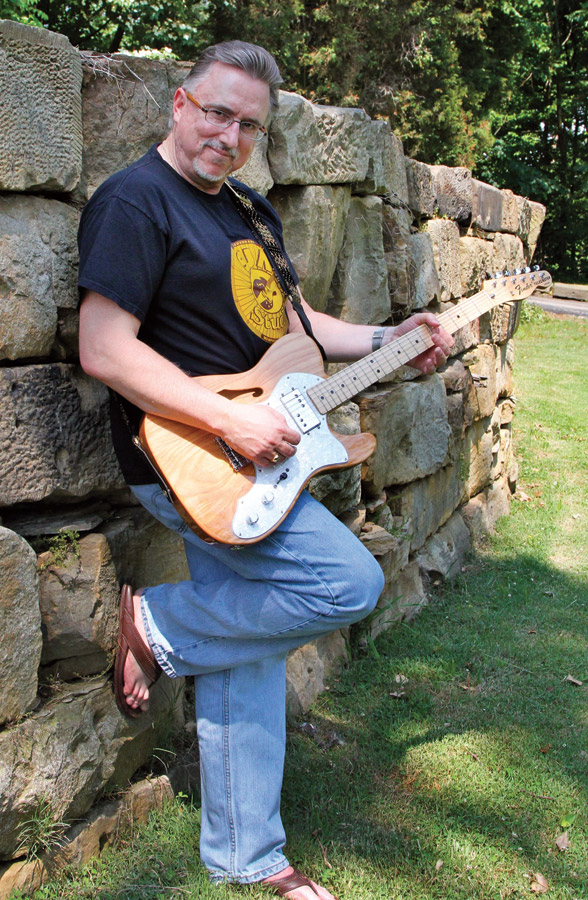 One would be hard-pressed to find a facet of the music business that Newburgh, Ind.-based David Wells isn’t involved in these days.

The 56-year-old Wells performs live regularly, puts out his own albums, and handles production, booking, and promotion for a handful of fellow musicians through his own record label. You might catch him behind the controls at his recording studio or hosting episodes for his podcast, which features lesser-known artists from Great Britain. He also finds time to serve as president and founder of Wellness Communications, a healthcare-based marketing firm headquartered in Newburgh.

“I’m a workaholic,” Wells says with a chuckle. “Most of the time, nothing I do really feels like work, though, and I think that’s important.” The Fairfield, Ill., native hasn’t looked back since taking his first piano lessons at age five. Wells picked up the trombone in the fifth grade and stuck with the instrument through high school, eventually landing a music scholarship to Murray State University. Although he switched his major to communications before graduating, he never lost his enthusiasm for music.

Wells’ tool of the trade these days is the guitar, an instrument he used to craft the songs on his latest project, a solo album titled “Thank God for Thomas Edison.” The new record offers a lighthearted blend of rock, pop, and Americana, served up with a glossy studio polish. “I had a really good time with the songwriting and the lyrics,” he says. “I wanted to make this one marketable and fun.”

The new album’s title track reflects Wells’ state of mind while attending the annual Bonnaroo Arts & Music Festival in Manchester, Tenn., in 2012 — an experience that inspired much of his new material. “I was staying in a tent without access to basic everyday things, and I realized how thankful I was for electricity and technology, especially when I looked to the stage and saw the great light shows that different bands were putting on,” he explains. The song’s chorus puts it in cleverly succinct terms: “Thank God for Thomas Edison, he made my favorite medicine … possible to play.”

The album represents a stylistic departure from the more introspective material on Wells’ 2010 debut solo release. That album, called “Open Heart — Open Mind,” was inspired by his experiences surviving open-heart surgery in 2001 and four broken vertebrae, broken ribs, a broken left clavicle, and a broken left shoulder blade in 2006. “It was very much about rediscovering yourself and what’s important in your life,” he says. “I like how both of these albums have a distinct identity.”

Not surprisingly, Wells brings his 33-plus years of advertising experience to bear when promoting his records. “I take a lot from that world and bring it to the music,” he says. “I’ve always been well-balanced between left brain and right brain tasks, and I can cross between both worlds pretty easily.”

Wells works alongside local musician and recording engineer Jeff Ennis at The Studio at Baker Street, an office/studio that Wells opened on W. Division Street in the fall of 2011 that has recorded, among other musicians, Grammy-winning bassist Jeff “Stick” Davis of the country-rock group The Amazing Rhythm Aces. Wells and Ennis both handle engineering and production duties at the four-room studio, which features hardwood floors, guitar coat hangers on the wall, and a shrine to The Dude, the iconic character played by Jeff Bridges in the 1998 Coen Brothers film “The Big Lebowski.”

While Wells enjoys juggling multiple projects, the art of songwriting is an outlet he can always return to. “I really enjoy the writing process, which is kind of like giving birth to a baby,” he says. “You start with an idea and it grows, and it takes on an identity of its own during the creative process."