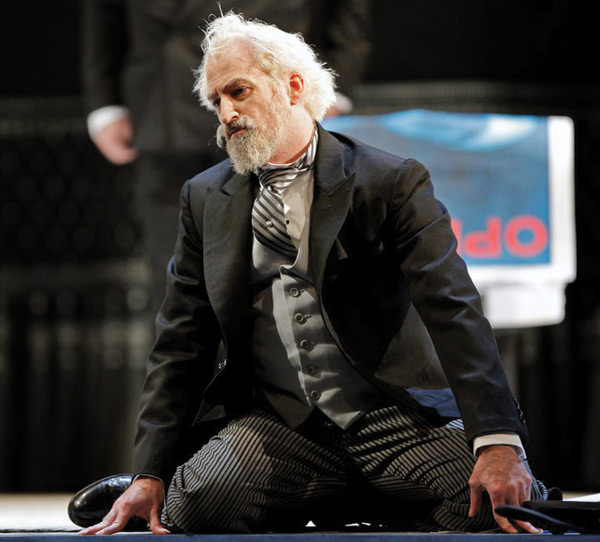 Early October brought a rush of activity to the home of Matthew O’Neill on Sunset Avenue in Downtown Evansville. The Evansville native was working on the project “Sunset at Semper Fulgens” (which means “Always Shining” in Latin) with local public television station WNIN, and O’Neill couldn’t contain his excitement for the home concert series.

“It’s been crazy around here,” he says as he sits in the carriage house behind his 1905 historic home that he owns with Kristen Holt Burckhartt. “This piano just came from Louisville. Then WNIN just brought over the lights. It’s just been crazy.”

A graduate of Harrison High School and the University of Evansville, music has played a large role in O’Neill’s life. After earning a degree in guitar from UE and with the intention to teach guitar at a collegiate level, O’Neill began taking courses at the University of Minnesota in Minneapolis-St. Paul, Minnesota. But by the time he graduated, his master’s was not in guitar, but in voice.

“I started gigging around the Twin Cities then I decided to have a go of it professionally,” says O’Neill. “I had a little job at Lyric Opera of Chicago and took an audition that really changed things for me.”

That audition was with the San Francisco Opera training program, which earned him a two-year fellowship with the program. From there, he found himself performing as a tenor on stages in Los Angeles, Dallas, Southern Europe, and Japan to name a few.

“I really enjoyed the repertoire and the story telling component of opera,” says O’Neill. “I liked the environment. I liked the expansiveness of it, the fact that it’s pretty large scale.”

In 2014 during a visit to Evansville to see his parents, O’Neill met Burckhartt. The couple has since spent the last year fixing up their home in Downtown Evansville.

Now he finds himself wanting to get back to playing and exploring different genres of music. After playing again for the last three and a half years, he has enjoyed performing in different environments including at his own home for the “Sunset at Semper Fulgens” series. A small number of tickets to the concert and filming of the pilot episode were sold to benefit WNIN. The first episode currently is in the editing process, says O’Neill, and is expected to air on WNIN Jan. 21.

What was the turning point that made you want to become an opera singer?

Frankly, it seemed to be (that) I was a good musician, so I was prepared for work. And it was simply a matter of I was getting hired and that I was making some income. Ultimately I discovered that I had an instinct toward it. So it was a combination. It was never my passion to begin with, but it was a combination of sort of almost developing a passion for it and also a practicality that it seemed to be the thing that I was the best at.

If you had to pick one favorite aspect of opera, what would it be?
I love the repertoire and the work, and I love the experience of performing, but honestly my favorite part about it is the shared community experience of a cast. You get together for, let’s say, six weeks and it’s sort of like a little family. It’s pretty cool because you’re working on a specific project and then it ends.
Obviously the performing is a great experience. I always was into rehearsal; my thing is rehearsal. Performances are when you get paid and it’s for the audience, but it’s a different thing. For me, the thing I get the most out of is rehearsing with a community of folks.

Do you have a memory from your career so far that stands out to you the most?
Actually my favorite memory is something I did. It was for an opera called “The Makropulos Case” by a Czech composer named Janacek. There was a wonderful part called Hauk Sendork but he happened to be very, very old. Probably in his late 80s. I think that early on, the director got a hold of me and thought I was really too young for it. I think they were really concerned about it once I showed up. So I went to the casting director and said, “What if I just did something like bleached my hair white?” He said, “Well yeah, try it. Absolutely.”

I showed up in rehearsal and it was some of the best reviews I’ve ever gotten. Something as simple as bleaching your hair — people can see you in a different way. That was a really successful (show), one of the best experiences I’ve had in opera.

What do you have coming up for your career?
Several years ago I was involved with the world premiere of an opera called “Moby Dick” with the Dallas Opera. Dallas had a brand new opera house called the Winspear Opera House and they commissioned this opera Moby Dick … it was a co-commission with several companies. I ended up doing it in San Diego and then in San Francisco. We filmed it for PBS Great Performances and it was broadcasted a couple years ago. I’m doing that now in Los Angeles.

Before I left, I did this show, “Sunset at Semper Fulgens,” sort of co-produced with WNIN. It’s a house concert show. I always liked house concerts. I liked the intimacy of just a few people. I wanted to find a way that I could bring in some friends and colleagues from outside who don’t live here, keep active musically with those people, and explore my own interest in a lot of genres of music.

I was talking with Brad Kimmel, president and CEO of WNIN, and we sort of came up with this idea for a house concert/television show series. The idea is to bring in a guest of note — the first is a friend of mine and a wonderful musician named Matt Rollings, one of the leading studio-session pianists and producers in Los Angeles and Nashville. It’s sort of a discussion and collaboration.

The idea is kind of showing off Evansville. We’ll get a little footage of going out to eat lunch and maybe a little bit of the riverfront, sort of showcasing Evansville. Because the idea would be that this would be a series that would be syndicated in some way. So the idea is to bring in guests, treat them as guests, and show off the hospitality of this community.

How often do you find yourself back in Evansville?
In a perfect world, and it just depends on when the work comes up and things, but in a perfect world I would like to do one or two (opera) engagements per year but also be involved in other music and run a career from Evansville. I find that while Evansville is certainly not a musical hub, its proximity to other hubs is convenient. I was just rehearsing with my guest in Nashville yesterday, and we are talking a two hour and 15 minute drive. It’s not a big deal.

Also I think for me, being down here in Downtown, in this exciting period, this revitalization of Downtown, is a pretty neat time with everything that’s going on with Haynie’s Corner, the medical school, and all these things. It’s a good time to just come down here.

For more information about home concert series, visit Facebook and search “Sunset at Semper Fulgens.” The first episode is set to air at 8 p.m. Jan. 21 on WNIN.