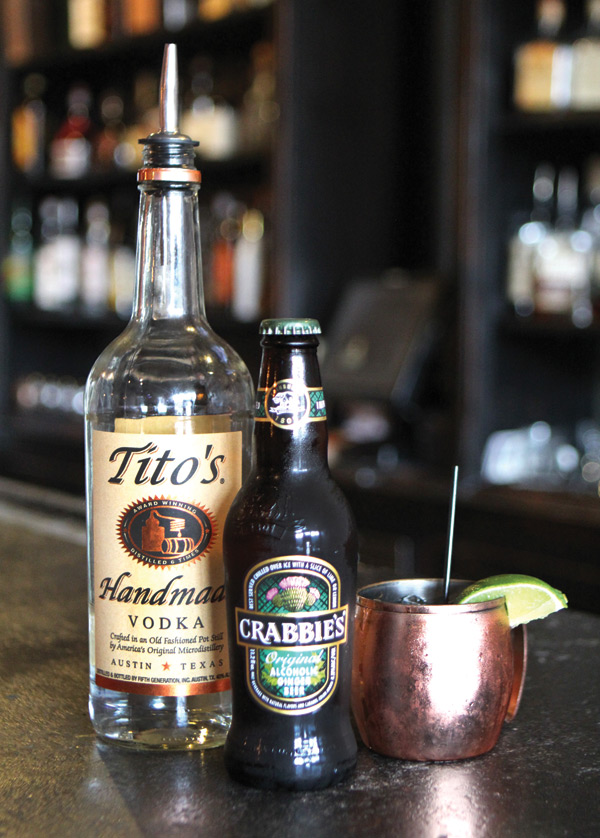 The timeless couples throughout culinary history include salt and pepper, peanut butter and jelly, and, of course, the Moscow Mule and its copper mug.

Jayson Munoz, restaurant owner and chef, says although the cup doesn’t affect the taste of the iconic cocktail he serves at Commonwealth Kitchen + Bar, 108 Second St. in Henderson, Kentucky, he says it’s about the tradition.

“Whenever I’m drinking the Moscow Mule, if it isn’t served in the copper mug, I somehow feel cheated,” says Munoz. “We serve ours in copper mugs, because it makes it cold and it adds a lot to the drink through nostalgia.”

The drink, which blends Crabbie’s Ginger beer, Tito’s Handmade Vodka, and freshly squeezed lime juice and is served with ice and a lime, gained popularity in the 1940s through John G. Martin of the G.F. Heublein Brothers, Inc., a spirits and food distributor. According to a 1987 article in the Los Angeles Times, Martin, who was struggling to sell Smirnoff vodka, partnered with Jack Morgan, the founder of Cock’n Bull Products in Hollywood, California. Morgan is credited with making vodka popular in the U.S. by adding it to his ginger beer to create a new cocktail.

Commonwealth Kitchen + Bar has served the Moscow Mule for two and a half years, and also pays homage to its region by serving a Kentucky Mule. This drink replaces the vodka with Smoked Woodford Reserve bourbon, while keeping the lime and ginger beer.