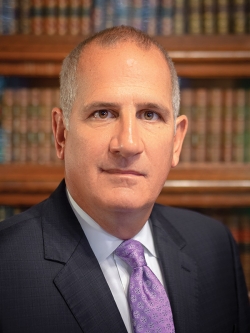 My two sons, ages 18 and 21, enjoy telling me, “Dad, you’re not funny anymore.” Invariably that leads to them adding that I need “new material,” and me telling them, “Maybe you just don’t get the joke.” As I write this, I am in my office very early this morning after the long drive back from vacationing in a small town in the Florida panhandle with my wife, sons, and their girlfriends. This was an oft-recurring vacation theme, so it is indeed fresh in my mind. By coincidence, it also is my father’s birthday, and many people told me at his passing a few short years ago he was the funniest person they knew. Full disclosure: I always told him he needed “new material,” so maybe it is a generational thing.

Where am I going with this?

I have found two things funny in the last two weeks that my oldest didn’t think were funny at all. He is taking a summer business class for his senior year at Butler University, and he also is interning full time at Berry Global after working there in production last summer (“That’s why they call it work, son”). Upon completing a six-page paper written entirely on a Sunday and due that evening, he asked me to proofread it before giving it over to my wife. I did and fixed several things, and when he gave it to my wife, she read it and said, “Your father corrected what was needed.”

A look of incredulity crept over his face, along with his comments about my many real and perceived incompetencies. I finally just looked at him and said, “Son, I am in the publishing business, what do you think I do every day?”

The next day was a big one for Maxwell at work with a couple of presentations on higher profile projects that were important to him. Dumb ol’ Dad suggested he get up at 5 a.m. and get to work really early to be well prepared and ready to go. Surprisingly he thought this to be a good idea. I think most parents can guess how this went.

Then came 5:30 a.m., 6 a.m., and when I was leaving at 6:30 a.m., he finally said, “Dad, it’s OK. I’m already ahead of schedule for today.” My reply was that was impressive and quite a feat considering he still was in bed. Maybe my sense of humor and audience have just shifted.

This magazine and my letter consistently detail the many things we do well in our community, but here is one I am struggling with. In the June/July 2005 issue of Evansville Business, we wrote our feature story on navigating the maze of opening a business Downtown. With so many people having the same goal in the business community, why does it appear to be such a convoluted maze for some to navigate through seemingly simple tasks in opening or expanding a business? I know from talking to many new and often transplanted business professionals that they find the rules and regulations considerably more difficult here than in other communities where they have previously operated or still have locations.

I am referencing the recent news stories about the difficulty the owner of The Rathbone has had in opening the building’s apartments (which has been completely renovated from its former days as an assisted living facility). Here we have someone spending $4 million who has been forced to attend never-ending site review meeting after site review meeting, according to Shannon Huffer, the general partner of Rathbone LP.

She goes on to say, “There are too many city review boards, and those that do occur do not have a clear understanding of the requirements,” adding further that it has been “a confusing, bureaucratic, and cumbersome mess.”

Evansville’s Area Plan Commission rules and regulations are currently being reviewed, and a consultant is working with the Area Plan Commission on revising all planning and zoning regulations. Let’s hope the end result is that we make this process as streamlined and easy to follow as possible, and we can roll out the welcome mat to those who wish to do business here.

After all, we wrote about this as far back as 2005, and I have had numerous discussions with new business owners (including very recently) about the difficulty of getting a business up and running here. How about we look for reasons to say yes, we can.

My bet is Evansville can do better!