“Never, Ever Give Up” 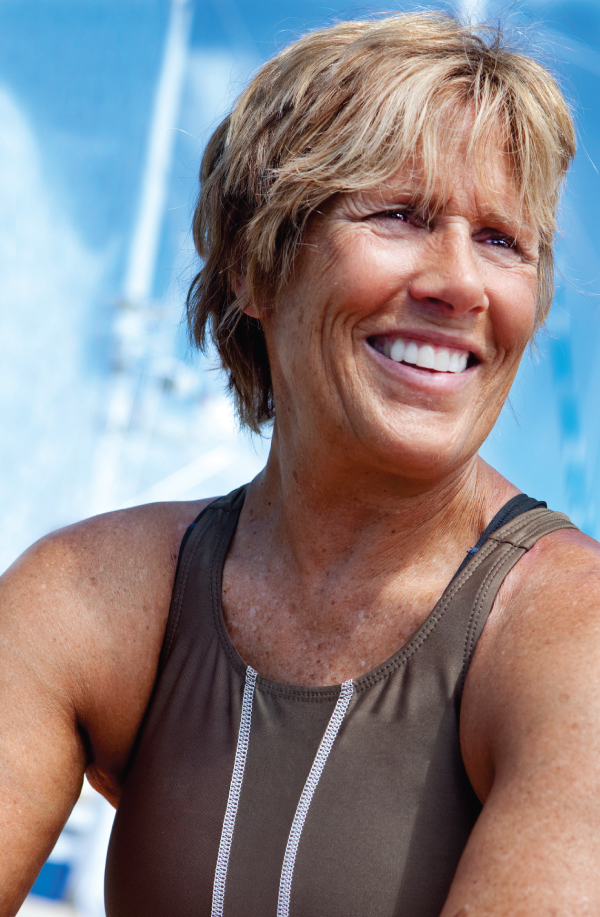 When Diana Nyad made her fifth attempt to swim from Cuba to the Florida Keys in 2013, nothing was left to chance. From the special suit she wore to protect against jellyfish stings to the support boat that helped guide the way, every detail was meticulously planned.

Her Aug. 15 speech at the Mid-America Institute on Aging, hosted by the University of Southern Indiana along with SWIRCA & More, won’t involve nearly as much planning.

“I’ve never planned any talk,” says Nyad, who has accepted public speaking invitations for 35 years. “I’ve never written down a word of what I’m going to say. There are lots of things I try to do to connect with the audience from a stage, and I’ve had a good response all these years, telling inspirational stories and entertaining stories.”

“The message that I carried with me, and that I lived out loud and my team lived out loud, was ‘Never, ever give up,’” says Nyad. “Honestly, I am more proud of the fact that we didn’t give up than I am at actually having made it.”

The experience she says was very different from her distance swims of the 1970s, but not just because of physical reasons.

“I used to be much more egocentric,” says Nyad. “Back then, it had more to do with records and being ‘the one’ being recognized. This time around, it had nothing to do with that. It was about being in a state of awe about this planet we live on, and the feeling of pride and gratitude of doing something so epic and outrageous.”

Nyad says some people begin to feel marginalized in their professional and personal lives as they age, making it that much more important not to give up on what makes them feel important and useful. That’s part of what drove her to her record-setting swim.

The Mid-America Institute on Aging at USI will be held Aug. 14 and 15. Other speakers include: Teepa Snow, a dementia expert who will discuss the choices caregivers must make; Dr. Mimi Guarneri, founder of the Scripps Center for Integrative Medicine in San Diego, who will talk about disease prevention; and comedic actor Breeda Miller, who will speak about finding humor as a caregiver. Nyad will speak at 3 p.m. Aug. 15.

“Hopefully, when you’re done listening to the speech you’ll leap to your feet, feel like you’ve laughed until you’ve cried, and you’ve actually cried,” says Nyad. “And you’ll want to get back to your life and live it full-tilt. It’s very organic, and whatever moves me as well.”