The adage “There’s no place like home” resonates strongly with Richard Needham.

He no longer lives in Evansville, but the Hoosier city nestled along the Ohio River always will be home to him.

“I just love Evansville,” he says.

Needham spent his younger years in Evansville during the 1940s and 50s, raised by his foster parents Charles and Gladys Tinsley. Today, the Woodlands, Texas, resident talks fondly of childhood friends; Sundays at the Izaac Walton League in Chandler, Indiana; and perusing the shops of Downtown Evansville.

“I have a lot of good memories of here,” he says. “We lived at 2703 N. Heidelbach Ave. Charles worked at the Swift Meat Packing Company. Gladys was the sweetest lady I had ever known.”

Needham visited Evansville in September 2018 for the first time in many years and brought his scrapbook of memories to share with Evansville Living and readers. His stories were numerous. He recounted afternoons spent swimming in Pigeon Creek with his childhood friend Donnie Cundiff. Tales of shopping trips with his grandmother to Downtown Evansville and the Levi Strauss store brought a bright smile to his face as Needham talked of how his grandmother loved to keep him looking “spiffy.” 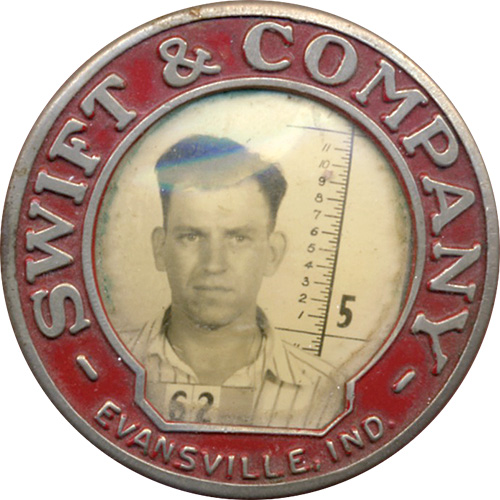 Nothing could beat Gladys’ blackberry cobbler, made from wild blackberries Needham picked at the Izaac Walton League near the coal strip mines in Warrick County. The family would spend every Sunday after church at the league — his foster father Charles was a part of the group, which worked on conservation efforts for hunters and wildlife.

“We used to go up there and go swimming, skeet shooting,” says Needham. “Gladys would have fried chicken cooked and we would take it up there for a picnic.”

Though his birth mother gained custody of Needham when he was 10 years old and moved to Illinois, he continued to keep in contact with his foster parents. Charles passed away in 1962 of a sudden heart attack — Needham was informed through a telegram. Gladys passed away in 1995, just after speaking on the phone to Needham on one of their regular phone calls.

The scrapbook he carries, made by his daughter-in-law, keeps Evansville close to him, though he lives so far away.

“This is my history here. I love Evansville,” he says.