New BRU on the Block 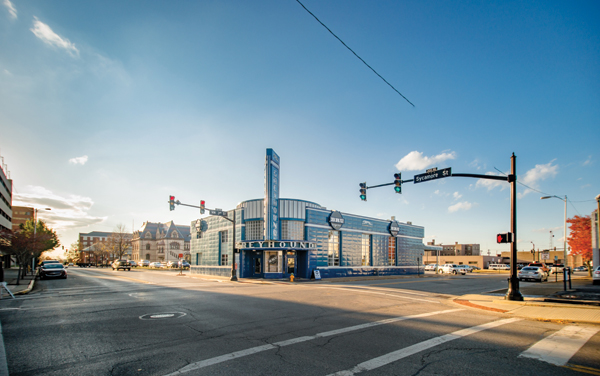 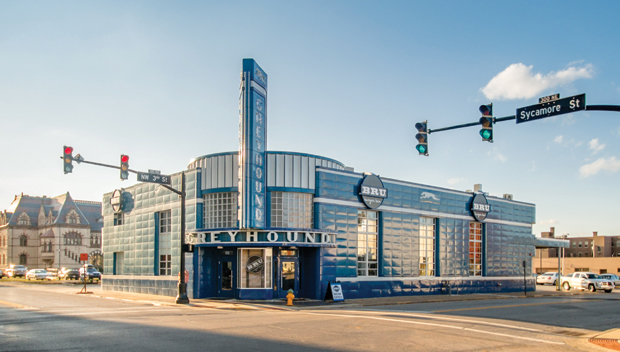 ▲ Architectural Renovators were the first contractors on the scene for the Indiana Landmarks renovation of the Greyhound. Work was completed in 2015. Cost for the exterior renovation was $900,000.

In November, BRU Burger Bar & Grill opened to the public and recorded one of the most successful first weeks of any restaurant in the Cunningham group.

“There were so many local people who helped put this building together,” says Steve James, director of operations for the Cunningham Restaurant Group. “They really did a fantastic job.”

Cunningham Restaurant Group owns and operates 20 restaurants throughout Indianapolis; Cincinnati, Ohio; and Lexington and Louisville, Kentucky. Work on the building was completed in two phases — phase one was the exterior of the building headed up by Architectural Renovators, while phase two focused on the interior and was led by Empire Contractors.

“Evansville is looking up and we’re proud to be a part of the work with this project,” says Davis. 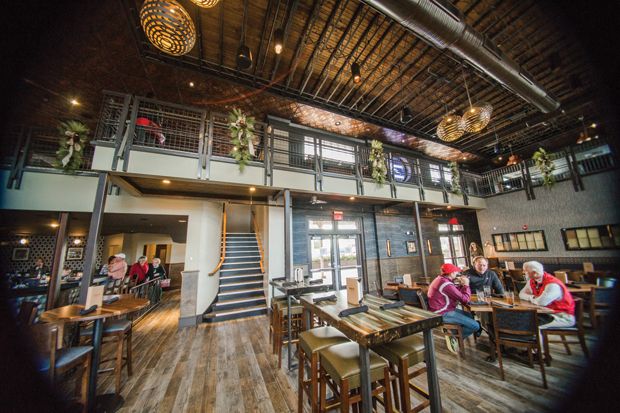 ▲ Empire Contractors served as general contractor for the interior build. Their work included restoration of the original banisters along the staircases and upper floor of the building. 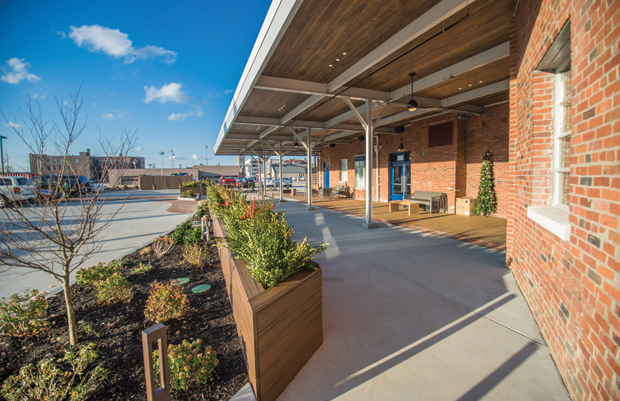 ▲ Architectural Renovators were the first contractors on the scene for the Indiana Landmarks renovation of the Greyhound. Work was completed in 2015. Cost for the exterior renovation was $900,000. 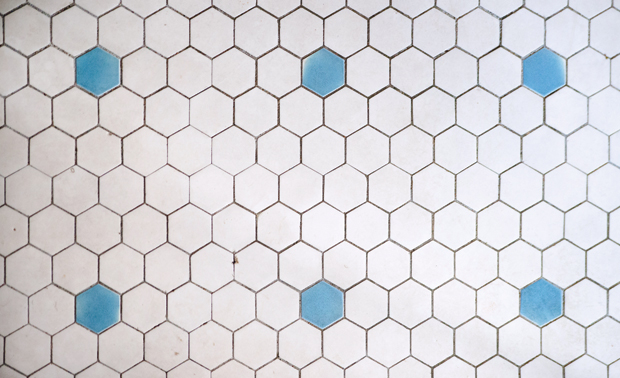 ▲ Not all aspects of BRU Burger’s interior are new. This original tile still covers a portion of the upper floor. Other nostalgic touches include framed schedules and artifacts found during construction. 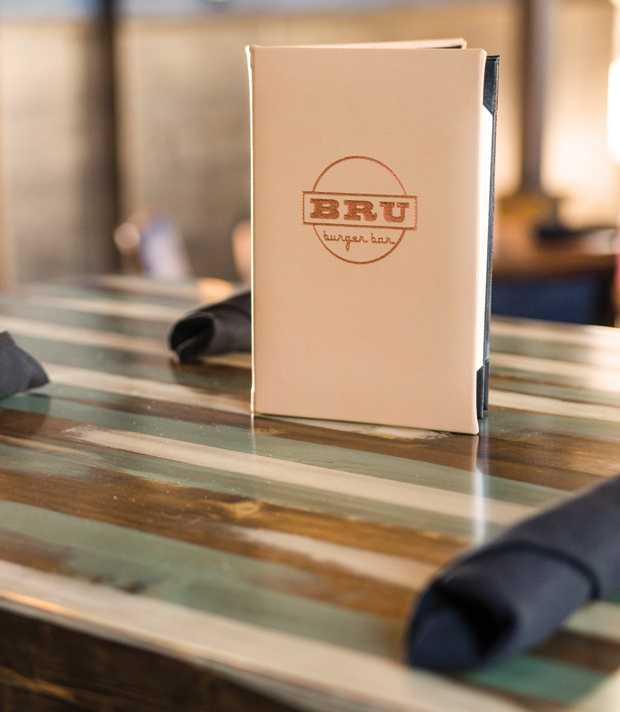 ▲ Seating, tables, and booths that dot the restaurant’s two floors were purchased from Table Logix. 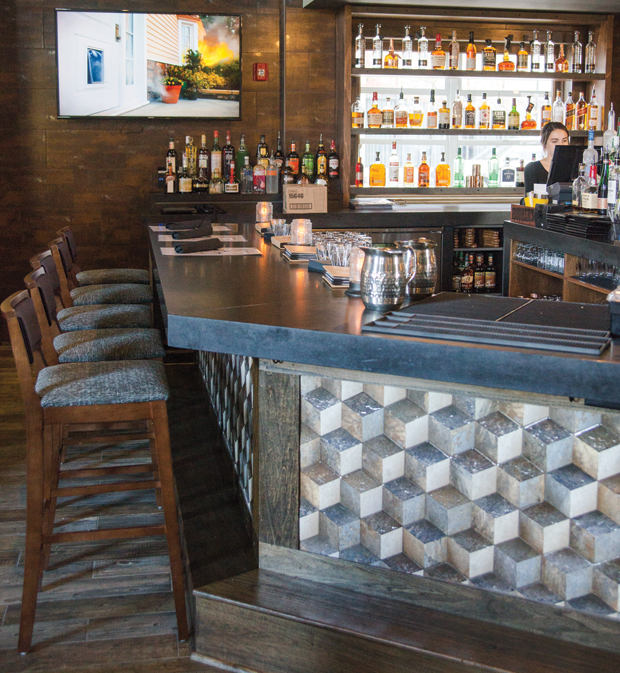 ▲ Several pieces of decorative work from Fulton Tile and Stone can be seen in the restaurant — from the backsplash behind the bar and the tile work on the front of it to the wood tile floors. The company did much more, however, including framing walls, drywall finishing, and working on the ceiling, which includes glimpses of original wood. 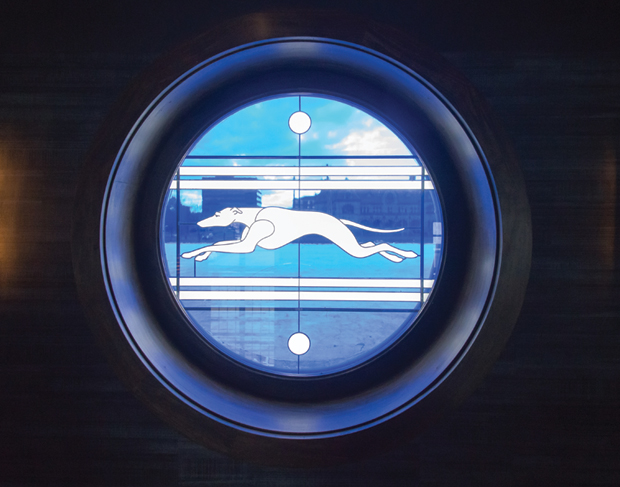 ▲ Honoring the legacy of the building, a stained-glass window featuring the iconic Greyhound logo was crafted by Sunburst Stained Glass of Newburgh, Indiana. 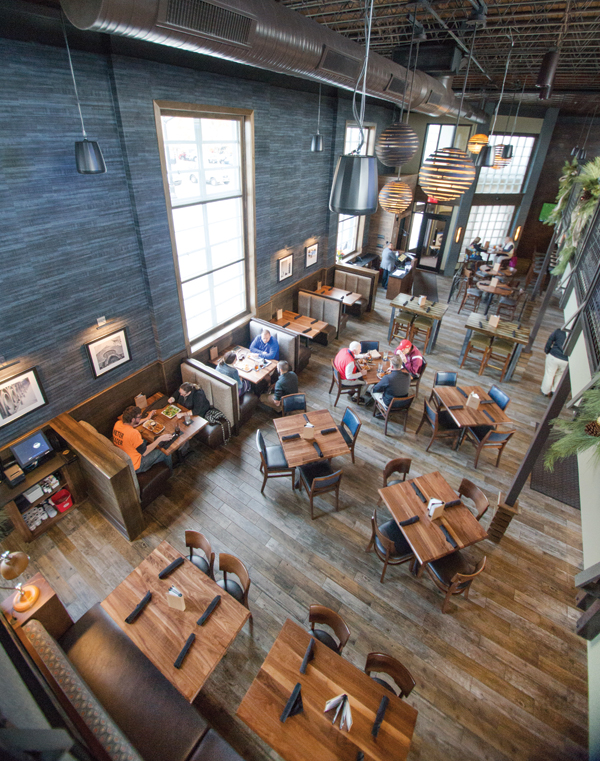