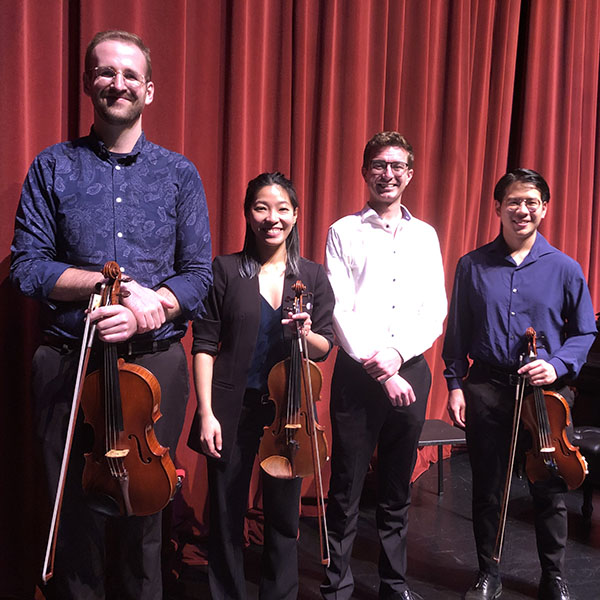 The quintessential symphonies composed by Beethoven, Bach, and Mozart are recognizable at first listen because these composers have served as the face of classical music for hundreds of years. Now, the Evansville Philharmonic Orchestra’s New Traditions Diversity Series is shedding light on talent outside of the mainstream. These concerts aim to give a platform to lesser-known composers whose music is often underrepresented.

Hatlestad, who plays principal viola for EPO, says the inception of the New Traditions Diversity Series came early in 2020 during the start of the COVID-19 pandemic.

“Given the social dynamic of the time, we wanted to explore ways that we could be more inclusive with our music,” he says. “We wanted to challenge ourselves to try and find ways to perform music of underrepresented composers in more diverse communities. We want to represent composers that haven’t been equally represented in the traditional canon of classical music.”

One of the unique features of this series is the educational aspect both for listeners and the quartet members. In fact, the composers featured in this series are almost as new to the musicians as they are to audiences. These concerts, in turn, have become places for discussion and discourse.

“We try to talk to the audience and be more conversational. We like to give a little bit of a background of these composers because for most people, and even ourselves, these are composers we were not familiar with,” Hatlestad says.

The backgrounds of the three composers featured at the April 7 concert live up to the billing of the series. Hamza El Din, born in 1929, was an Egyptian composer, oud player, tar player, and vocalist who worked to preserve music from his native region of Nubia. Boris Lyatoshinsky was a Ukrainian composer, conductor, and teacher born in 1895 who wrote a variety of works, including five symphonies, symphonic poems, and several shorter orchestral and vocal works, two operas, chamber music, and many works for solo piano. Missy Mazzoli is an American composer born in 1980 known for her chamber, orchestral, and operatic work, as well as for being one of the first two women to be commissioned by the Metropolitan Opera in New York City.

The nature of this series poses some challenges to the quartet members, Hatlestad says. They are uncovering “hard-to-find” composers and attempting to bring their art into the public consciousness. Even trying to find recordings or past performances of these pieces sometimes can be a difficult task. Hatlestad says this pushes the quartet as musicians.

“It’s been a really fun challenge to work on,” he says. “Generally, what we play has been performed for hundreds of years, and you can listen to a recording and get an idea of how things go. Throughout this series, a lot of times we might be performing a piece that there are no recordings of. We just have the ink on the page. It’s nice having a little bit of creative freedom and that sort of exploration. It’s a different type of music making for us.”

One of the main goals of this series is to challenge audience stereotypes of classical music. Hatlestad says he hopes listeners walk away from this concert knowing that music can be inclusive.

“Music represents everyone, and everyone has a voice. This is music anyone can enjoy and appreciate,” he says. “There is such a huge variety of ideas and voices out there that deserve to be listened to.”

The next New Traditions Diversity Series concerts will be performed at 7 p.m. April 7 at the Atheneum at 401 Arthur St. in New Harmony, Indiana, and at 4 p.m. May 19 at Wesselman Woods Nature Preserve. Admission to both events is free, and they are open to the public.