What’s In A Name: Willard Carpenter 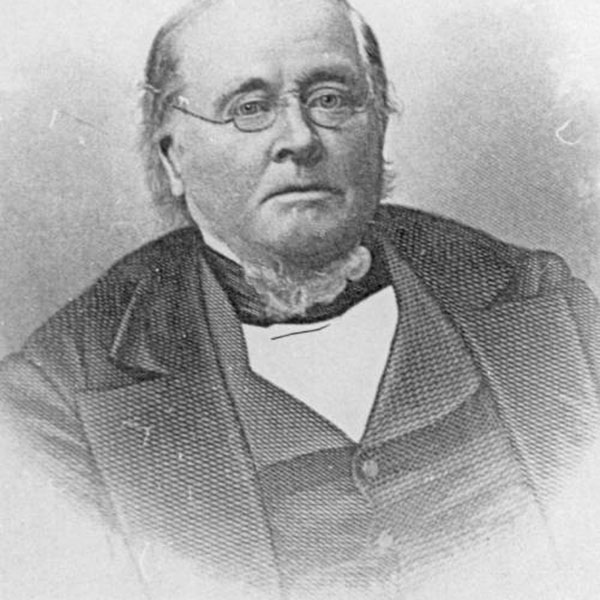 Gumbert. Reitz. Koch. Igleheart. Evansville, both past and present, is marked by family names that have impacted our schools, government, roads, and our city’s history. Inspired by “What’s in a Name?” in Evansville Living’s 2014 City View issue, this series will examine names you recognize and the stories behind them that you don’t.

Willard Carpenter is responsible for not one but two famous Evansville names. Born in 1803 in Stafford, Orange County, Vermont, Carpenter grew up working on his family’s farm and left home in 1822, seeking prosperity further west. After several years of travel and enterprise, he eventually settled in Evansville in 1837 at the request of his younger brother, A.B. Carpenter. A.B. owned a wholesale dry goods business in Evansville and solicited Willard to be his business partner. From there, Carpenter quickly found success in the River City.

Carpenter became county commissioner, where he was quite advantageous to economic growth. He was instrumental in overseeing the completion of Evansville’s portion of the Wabash and Erie Canal, as well as establishing a strong railroad system in Southern Indiana, often using his own money to support these projects.

He was well known for being a philanthropist, and many called him Evansville’s “pioneer of public charity.” He established the Christian Home in 1865, which provided sanctuary for homeless women. Carpenter’s own basement even served as a stop on the Underground Railroad for slaves making their way across the Ohio River and further north.

This philanthropic attitude continued as he devoted his final years to establishing what we know today as Willard Library. Carpenter sought to create a lasting legacy in Evansville, and this library was his final attempt to do so.

Carpenter broke ground on the library on May 17, 1877, and worked on the project almost every day with architects Robert Boyd and Henry Brickley. After a brief pause due to a weak real estate market — land holdings were the source of the project’s funding — Carpenter resumed work on the library in 1882. At 80 years old, he was hauling wheelbarrows and climbing up on the roof.

Carpenter’s dutiful work on the library came to an end in November 1883 when he died from a paralyzing stroke. He never got to see the finished product, as the library opened on March 28, 1885.

Willard Library is Indiana’s oldest public library building and is free of charge for the public. The library is known today for its impressive genealogical records. With a wide variety of genealogy research tools, databases, and services, Willard Library is a great place to start when tracing ancestry or building family trees. The library is also known for paranormal activity and even has a resident ghost. The “Grey Lady” was first seen by a custodian in the 1930s, and her presence has been felt by unexplained occurrences like the smell of perfume, moved books, and water being turned on and off. Visitors to Willard Library can even attend “The Grey Lady Ghost Tour” or watch the virtual “Ghostcams” live feed.

Another tribute to Carpenter’s legacy is the Carpenter Home, an Indiana Landmark and on the National Register of Historic Places located at 413 Carpenter St. Construction on his home began in 1848, and it was completed in 1849. At the time it was built, it was one of the most popular spectacles of the area, with people coming from miles around to view the impressive Georgian edifice with its large piazzas and porches. The home boasts 21-inch-thick walls and was constructed of materials from Lawrenceburg, Indiana. Carpenter and his wife occupied the house until their deaths. WNIN purchased the building in 1985, using it for public radio and television before moving in 2017 to its current location at Two Main St. The Carpenter Home is currently pending sale.

Recently, Jacob and Lauren Vanhooser of Nashville, Tennessee, along with business partner Augie Carrington of Cincinnati, purchased the building at 408 Carpenter St. to create the Carpenter Crossing Food Hall. Set to open in summer 2022, the hall aims to feature four restaurant booths, bar seating, and five shops, bringing more activity to one of the sleepier corners of Downtown Evansville.