When you become a pro boxer at 15 years old, win a World Boxing Association Championship at 26 years old, and end your career with a 44-7-4 record, where do you go from there? Clarence “Bones” Adams, the owner of the Bones Adams Boxing Gym, can finally answer that question.

When we first met Adams in the May/June 2001 issue, he had just won the WBA super bantamweight championship. The Henderson, Kentucky, native later opened his private gym in 2008 in Las Vegas and officially retired from boxing in February 2010. For the past five years, he has used his life and experience to train the next generation of boxers.

“Nobody could be any lower than I was and pretty much any higher,” he says. “Every situation in life I’ve gone through, and it’s good to be here for these young men and to mentor them.”

“I love boxing. I want to always be around boxing one way or another, promoting, managing, training,” says Adams. “Even with all the stuff I’ve accomplished, I’m not done.” 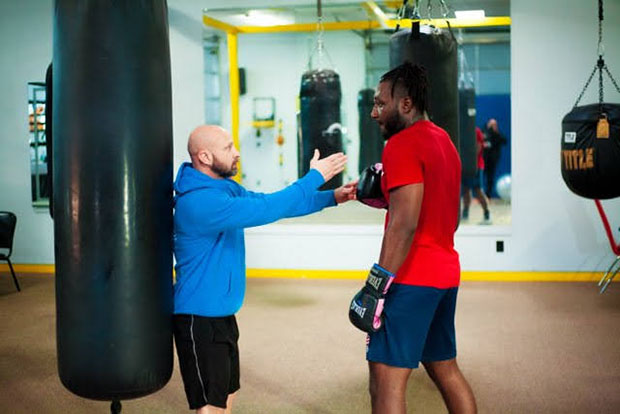 For those who have known him since the beginning, such as fellow Indiana Boxing Hall of Famer (both inducted in 2019) and former World Boxing Association Prospect of the Year in 1997 Jen Childers, Adams’ success is not surprising.

“He’s got a great rags-to-riches story, and he’s truly deserving of all the opportunities he’s created,” says Childers, an Evansville native.