Not So Secret Santa 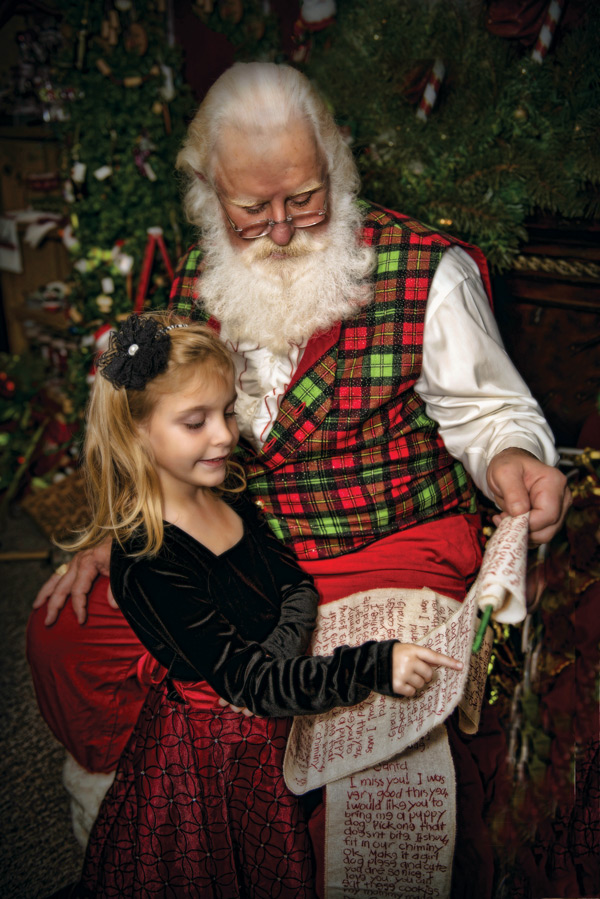 It’s not every day that you meet someone with an alter ego, unless you’ve met Ron Smith. At 60, this homebuilder owns Smith Homes in Santa Claus, Ind., is active in the Arthritis Foundation, and is president of the Santa Claus Town Board. With his long curly white beard and round belly, Smith also is — at least during this part of the year — the spitting image of Santa Claus. In fact, he’s played the part of Santa Claus for 15 years and even lives in the town that shares his name. Smith works one day a week at Holiday World Theme Park and, in the past, may have held your children or grandchildren on his lap at Eastland Mall or Opryland, too.

On your first time being Santa: It was back in the 1970s. It was more for fun. There used to be a pizza parlor, the Village Inn on Green River Road. Some guys were playing music and I got up there with a Santa suit and the ladies came and sat on my lap. (Laughs). Anyway, it was a bar.

On getting ready: The biggest part of the job is just getting ready to go do it. I will curl my hair and curl my beard. When I go, it’s a pretty big production. It takes me about 45 minutes just to walk out of the house.

On being a kid magnet: Last night, I went to dinner here in Evansville, and this little boy came running across the restaurant. He sat on my lap and talked with me. You will be sitting in a restaurant and the kids will be looking at you and looking at you. I will get the waitress to get me their name, and I will go to the restroom and then come back and call them by name. It’s just hilarious to see them drop to their teeth. I love it.

On what they want for Christmas: These kids ask for video games. Eight to 10 kids recently asked for dinosaurs. Girls want American Girl dolls. I have to stay brushed up on what the kids want so you can talk to them about those things. One girl came in and asked for her little brother to get better. He was sick. Evidently, he had had cancer but he was in remission. He had to go back to the doctor to get a clean check-up. One older person came up to me. They were an older couple and they had just adopted two kids. He had been there the year before with one of the girls they had adopted, and he had asked Santa to make sure that they got the little girl’s sister. They came back to say thank you; they got the sister.

For more information about how to hire Ron Smith as your holiday party Santa Claus, call 812-499-5496.