O is for Otters 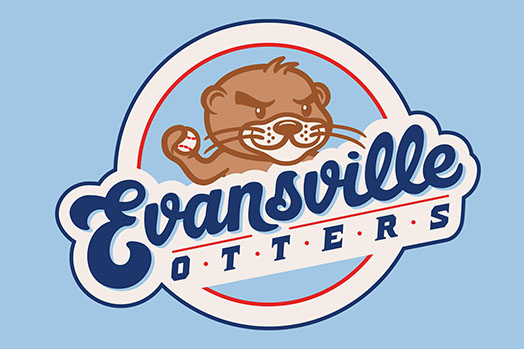 Since 1995, the Otters professional baseball team have called Evansville home. The oldest team playing in the independent Frontier League, the Otters have earned several league honors, including participating in six championship series and winning it all in 2006 and 2016.

When the team was founded in 1995, it was the first time the city had its own baseball team since the Evansville Triplets relocated following the 1984 season.

The support from the city has been positive, with the Otters drawing 90,000 fans to Bosse Field, the third oldest ballpark in America, in their first season — more than the whole Frontier League had in its first two years.

In mid-March, the team unveiled a new logo as they launch a new era of Otters baseball for the 2021 season, which begins May 27 on the road against the Schaumburg Boomers. The Otters will host their home opener at Bosse Field to debut the new logo and home uniforms in a matchup with the Gateway Grizzlies on June 1.

May 27 will be the first regular season game the Otters have played since September 1, 2019, when they lost to the Southern Illinois Miners, compiling a 57-39 record.