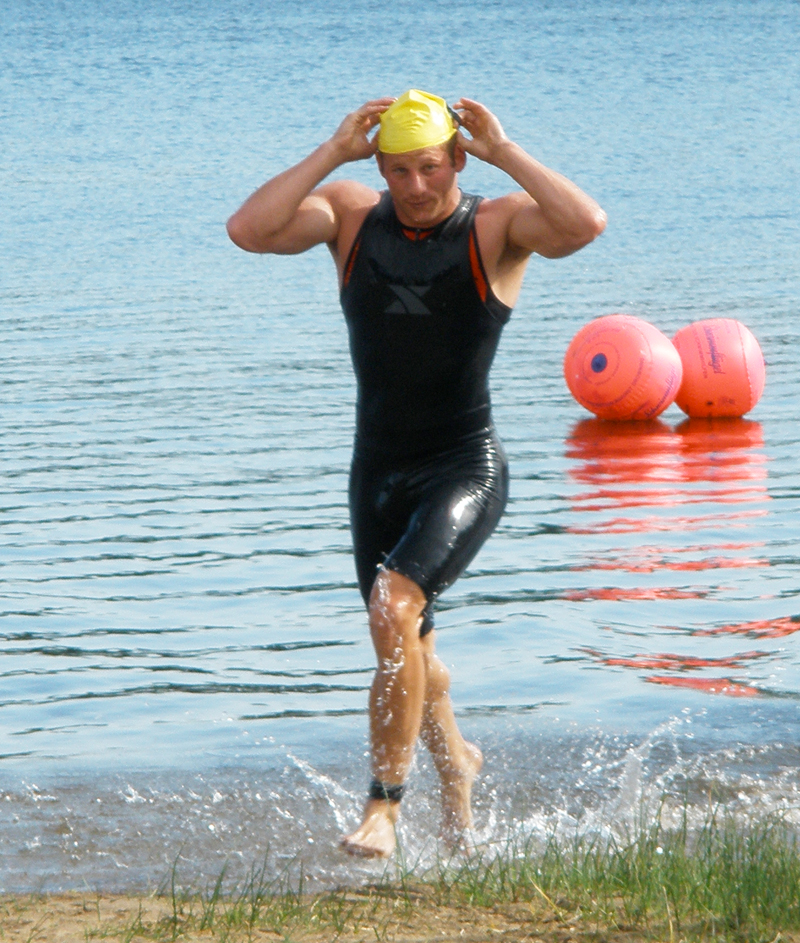 Several bright orange buoys bobbed in the 66-acre Scales Lake last summer. On the shoreline stood 75 white- and yellow-capped competitors ready for the YMCA’s Off-Road Triathlon. When the race began, those athletes swam for a half mile. Then, over the rocks, roots, and bumps in the wooded trails, they biked for 11 miles until they reached the 3.3-mile run. Their feet carried them to the finish line beneath a blue inflatable.

Expect the same this year at Scales Lake Park in Boonville, Ind. But, now the race is in its second year, and the YMCA has teamed with XTERRA, “the governing body and gold standard of off-road triathlons,” says John Schwentker, the race director. The June 26 event counts in the points series for athletes vying for a spot in the off-road triathlon championship in Hawaii later this year. The XTERRA addition should double the number of participants in this local competition, says Schwentker.

The difference between off-road triathlons and the more common on-road variety is more than just scenery. According to a study in the Journal of Sports Sciences, a half mile of off-road biking equals the same exertion for a mile on the road. For exercise enthusiasts, that’s a welcomed burn for the quads, glutes, and hamstrings.