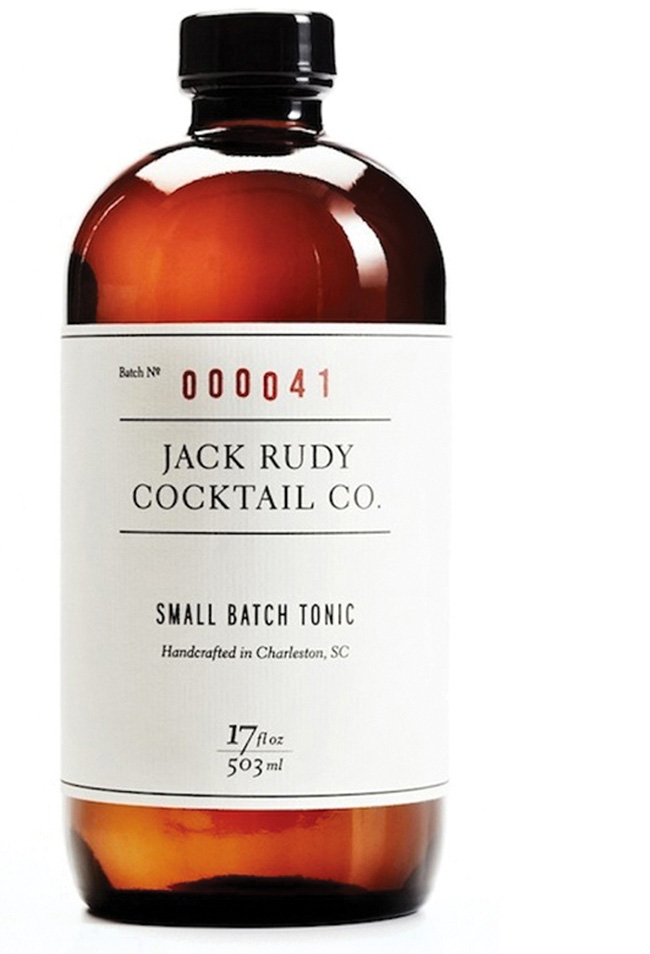 Since his days working in restaurants as a college student, Henderson, Ky., native Brooks Reitz had a knack for experimenting and creating new cocktails. Now he has his own label.

Reitz’s interest in cocktails began when he worked at the Louisville restaurant Proof, where he had the opportunity to learn the mixology craft. After being hired for a management position at the restaurant, he started to rework the cocktail program.

“I looked into seeing what kind of things I could make myself, for the restaurant, and one of the things I came across was tonic,” says Reitz. “I had always loved gin. It’s one of my favorite spirits, despite the fact that we are in Bourbon country.”

While experimenting with different tonics, Reitz wanted to find a good formula without high fructose corn syrup to create something healthier that would still make an excellent tonic. He began to have success and started serving his tonic in the restaurant. That’s how Jack Rudy Cocktail Co.’s Small Batch Tonic syrup was born.

“That recipe compared to the recipe today is completely different,” Reitz says. “It’s changed and gone through many variations in the last six years, but that is kind of how it started.” Jack Rudy Cocktail Co.’s Small Batch Tonic is now an extremely popular tonic syrup and is continuing to see success. The tonic syrup ingredients of cane sugar, orange peel, lemon grass, and quinine give the earthy taste that many gin and tonic drinkers look for.

Reitz later moved to Charleston, S.C., where “food and beverages are as much a souvenir as a T-shirt.” There, he became the manager of another restaurant, FIG, and once again worked on the cocktail program. Interest in the Small Batch Tonic continued to grow in Charleston, and people began to ask where they could purchase the product.

“I began putting the tonic in plastic containers that customers could take home with them, so that was sort of the ‘light bulb’ moment,” says Reitz.

With the help of his business partner, Charleston resident Taylor Huber, the company has started to grow nationally.

“We’re selling to practically 50 states, we have a Spanish distributor, and we just started distribution with a Canadian distributor,” Reitz says. “So it has certainly grown from being a hobby to a full-time, certifiable business.”

The company is named after Reitz’s great-grandfather Jack Rudy, and the tonic named for him has an "old school" feel – all the way from its apothecary-style bottle down to its name. “We wanted to give the product a sense of heritage and (the feel of) something that is passed down from generation to generation,” he says.

Reitz is currently the manager at a new restaurant, The Ordinary, in Charleston, S.C., which is home to James Beard Foundation winning chef, Mike Lata. These days, Reitz gets behind the bar only on special occasions, but he always continues to work on improving the cocktail program, looking for the next great cocktail. Be sure to be on the lookout for Jack Rudy’s upcoming product, the Small Batch Grenadine.