On to the Future

Traylor Bros., Inc. was founded by brothers William and Ferris Traylor in 1946 as a Midwestern marine and bridge contractor. Now in its third generation of leadership and celebrating 75 years of family-owned success, the company is part of a larger brand.

In 2007, Mike and Chris Traylor succeeded their father Thomas (who died on May 9, 2013) and grandfather William as co-CEOs of Traylor Bros. and became equal part-owners with their oldest and youngest brothers Tom and Dan. Under their leadership, they have expanded to the parent company Traylor Construction Group, Inc., which includes Traylor Bros; Ballard Marine Construction, LLC; Traylor Industrial, LLC; and more.

“We see ourselves as a niche player who focuses on our strengths,” says Mike, who now lives in Colorado. “We seek out very complex projects, engineer out the risks, and then perform at a high level in order to succeed.”

Locally, Traylor Bros. had a hand in projects such as parts of the Lloyd Expressway and Interstate 69, but it quickly expanded, completing infrastructure builds such as the Singapore Mass Rapid Transit North-South line and more than $3 billion of improvements through 2017 in New Orleans after Hurricane Katrina devastated the area. Currently, the brothers are overseeing tunneling and station contracts for new subway lines in the Los Angeles Metro system. 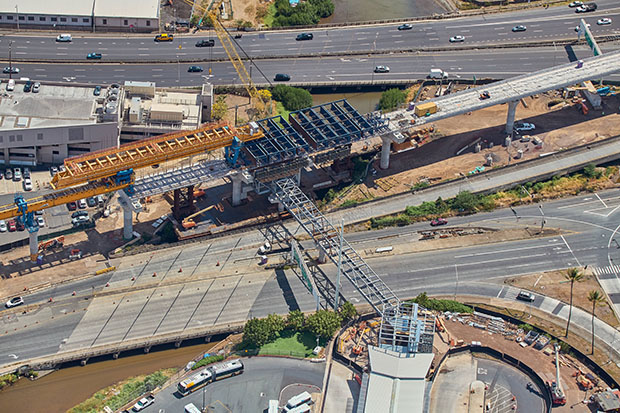 This jump to completing billion-dollar projects didn’t happen overnight but is a delicate balance of the Traylors’ familial traditions and the company’s six core values. Core behaviors, people, innovation, community, safety, communication, and ethics have been unyielding drivers of Traylor Bros. since the beginning.

“Focusing on complex projects and winning through innovation has definitely been a core value,” says Chris, an Evansville resident. “Our focus on people as our most valued asset has been a common attribute from day one.”

“I’m proud that Traylor has such a long legacy,” adds Mike. “We’re aware that many family-owned companies fail as generations turn. When I look back, I can see that our grandfather and father were careful about cultivating their sons and the business to be successfully passed to the next generation.” 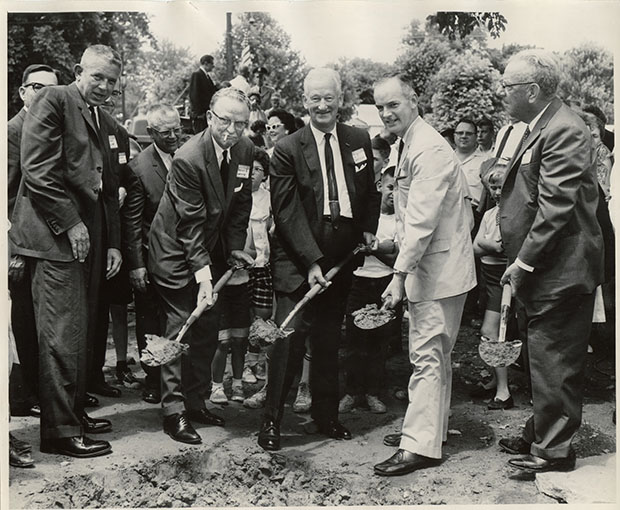 The 75th anniversary will be celebrated at the annual managers meeting in Evansville in September with attendees traveling to the River City from offices in Colorado, California, Virginia, and more. The brothers also plan to host a celebration at the Evansville home office to include members of the community.

Despite the major milestone for Traylor Bros., Mike and Chris already have their sights set on the future — a future which they say will always include Evansville. Currently, about 385 out of Traylor Construction Group’s more than 1,000 employees are based in Evansville.

“Our family’s nature is to keep our heads down and focus on the future,” says Chris. “We’re looking to our hundredth anniversary now by making sure the next 25 years go well.”

Photos of construction by Andy Stenz – The Image Group. All others provided by Traylor Bros., Inc.