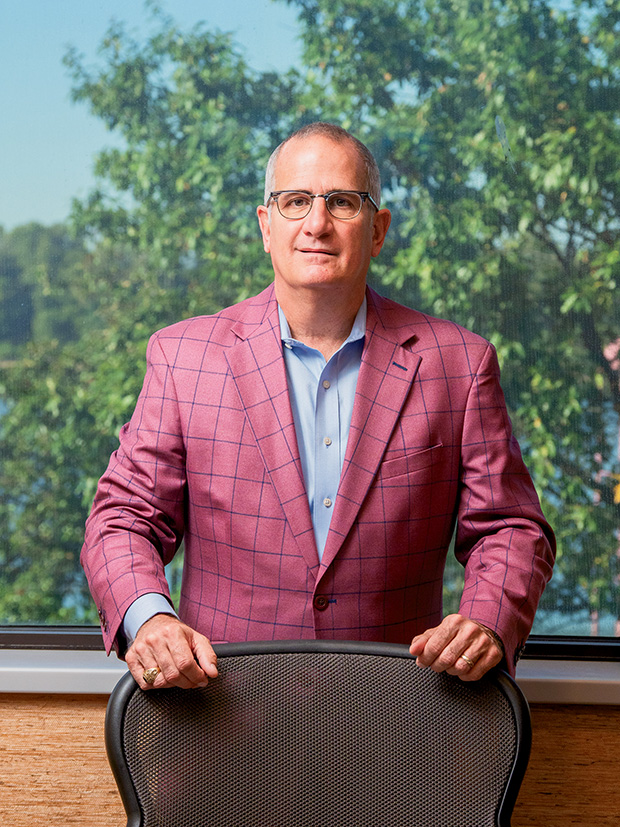 I have chosen this issue to try once again to attempt to free my small brain from the tightly wrapped ropes that are causing my neurons to emit a last gasp instead of firing. So, in an attempt to make some much-needed room, in no apparent order, with no apparent reason, here I go … again.

My two sons, ages 19 and 22, were with me for several months during COVID-19. I kept hearing the empty nester talk but that has not materialized the way I thought. Funny how they keep showing up from college in Louisville, Kentucky, and Indianapolis. It seems to be a direct correlation with banking balances. They are such a joy because there isn’t anything they do not know, and I know absolutely nothing. I really don’t need them telling me how little I know constantly; I already have a staff that suffices just fine for that. The latest “love” they are showing me is that after 6 p.m. anything I say is a direct result of me “sun downing.” Ah, the joys of parenthood. And, for the record, it was dark outside and after 7 p.m. when I wrote this. I swear.

In the August/September issue I wrote about Dave and Frances Enzler. I received many positive responses (yes, really) from my Publisher’s Letter. Unfortunately, Dave was recently hit by a car on his morning bike ride by an inattentive driver. While he has a long rehabilitation road ahead of him, he is expected to make a full recovery. Could this be analogous to the infamous Sports Illustrated curse of someone appearing on the cover and bad things befalling them? Could being in my letter be the start of the Tucker curse? Wishing you the best going forward, Dave.

In this issue we chronicle the The Post House in our feature “Power House,” beginning on page 38. This story is of particular interest to me as we have watched over the site where The Post House now stands from across the street for 10 years as tenants of the Old Post Office and the next 10 years across the street as tenants of the General Cigar Building. We have watched the homeless carting furniture up on the roof of the old Kenny Kent Dealership. Next was the failed development effort of a proposed light retail and residential mix project followed by the never-started Bicentennial Park. I watched it all play out over a period of 20 years, literally. Well, the long wait was worth it. Beautifully landscaped grounds, hi-tech energy efficient apartments, and the common areas must be seen to be appreciated. Enough to make a homeowner want to be an apartment dweller. I know I don’t have a rooftop pool at home.

The grassroots spirit of our community shines on once again with the announcement earlier this month of our own P-47 Thunderbolt that was built here now returning home to our Evansville Wartime Museum. What an impressive effort to make this happen. The Evansville P-47 Foundation, along with the Evansville Wartime Museum, and the many individuals, sponsors, and organizations have done an outstanding job of making this happen. By the time you read this, “Tarheel Hal” will have flown low over the river, made a few lazy eight passes over the city, and now is on permanent display. A long journey comes to a close for “Tarheel Hal” and those committed to see a P-47 right here where it was born out of Evansville’s unbelievable wartime efforts.

I recently read an article by Joseph Epstein in the Wall Street Journal regarding opinions. Everyone now has such strong opinions and only their view seems to be the one that matters. Epstein quotes French poet Paul Valery who called opinions the “product of intellectual flatulence,” adding “they relieve the man giving vent to them but pollute the intellectual air for others.” Well said, Paul.