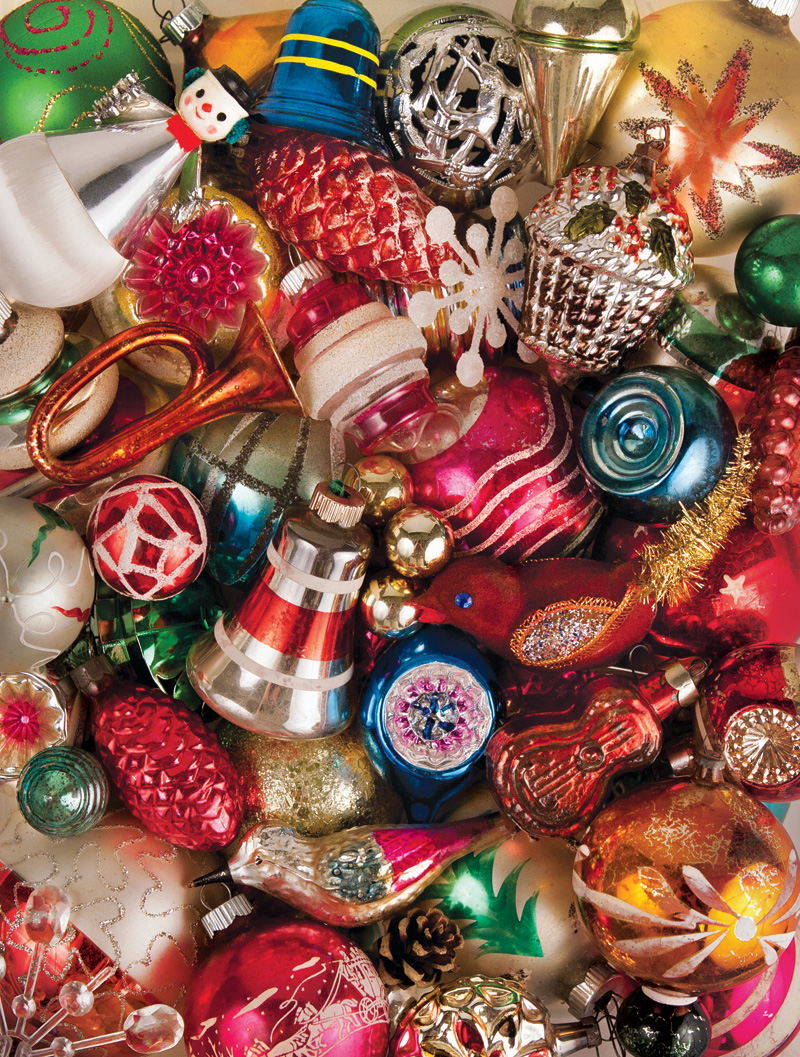 At first glance, the more than 250-ornament collection of our art director Heather Gray looks like it belongs in a holiday I Spy book. Characteristic of the series’ picture puzzles, the delicate trinkets blend into an indiscernible heap of holiday shapes and colors. A closer look reveals a wealth of originality, antiquity, and nostalgia.

Winsome patina on the mid-century, vintage ornaments reminds Heather of their history. “The majority of them I inherited from my mother, who is the biggest fan of Christmas I know,” she says. Part of the ensemble is from her mother’s Christmas tree as a child and belonged to both her grandmother and great-grandmother. The ornaments recall Christmas trees before themes and monochrome décor became trendy. For Heather, that’s their star feature. “From beautiful blown-glass pine cones to kitschy plastic deer, I love them all,” she says.

Shiny Brite ornaments play large in the collection. The authentic Shiny Brite pieces originally were imported from Germany in the 1930s by German immigrant Max Eckardt. As World War II drew nearer, Eckardt knew that importing goods would become more difficult, so he set up shop in the United States and business boomed for the next several decades. Today, Christopher Radko carries on the traditional design, but vintage Shiny Brites still can be found online. Do antique ornaments adorn your tree? If the ornament has a cardboard cap or is clear instead of coated with silver nitrate, then it was likely made in the 1940s when metal and silver nitrate were needed for the war efforts.