Pay As You Go 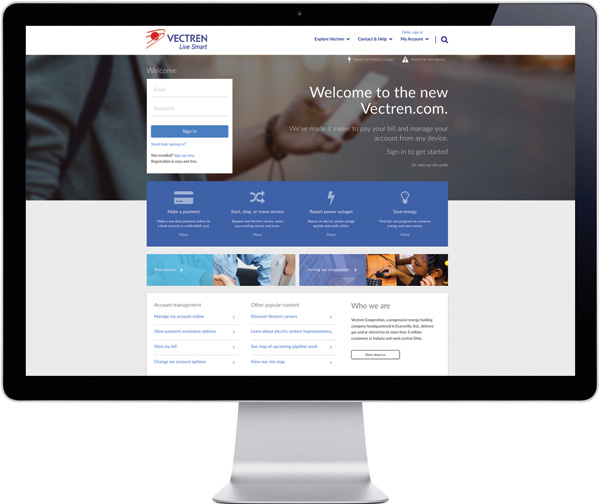 In a world where almost everything is becoming digital, Vectren is working hard to make their online services as easily accessible as possible.

Their new website, launched in May 2017, provides simplified payment processes, service request forms, and electric outage viewing. This is the website’s first complete redesign since it initially launched in 2000.

After discovering almost half of Vectren’s site traffic in 2016 came from mobile device users, Vectren began working on an 18-month project to design a site that included mobile-responsive technology. The redesign included everything from an overhaul of backend system coding to front end design and development, improving the overall experience for the mobile user.

Although the Vectren app still is available, the revamped Vectren website provides more functionality via mobile devices than the app itself.

Don’t Miss: Paying bills is easier than ever with Vectren’s redesigned website. Realizing 95 percent of site visitors use the website to pay their bills, Vectren simplified the online payment process. Since the redesign, Vectren has received countless praise from users, stating the site’s payment process is clear, direct, and user-friendly.