Pedal to the Metal 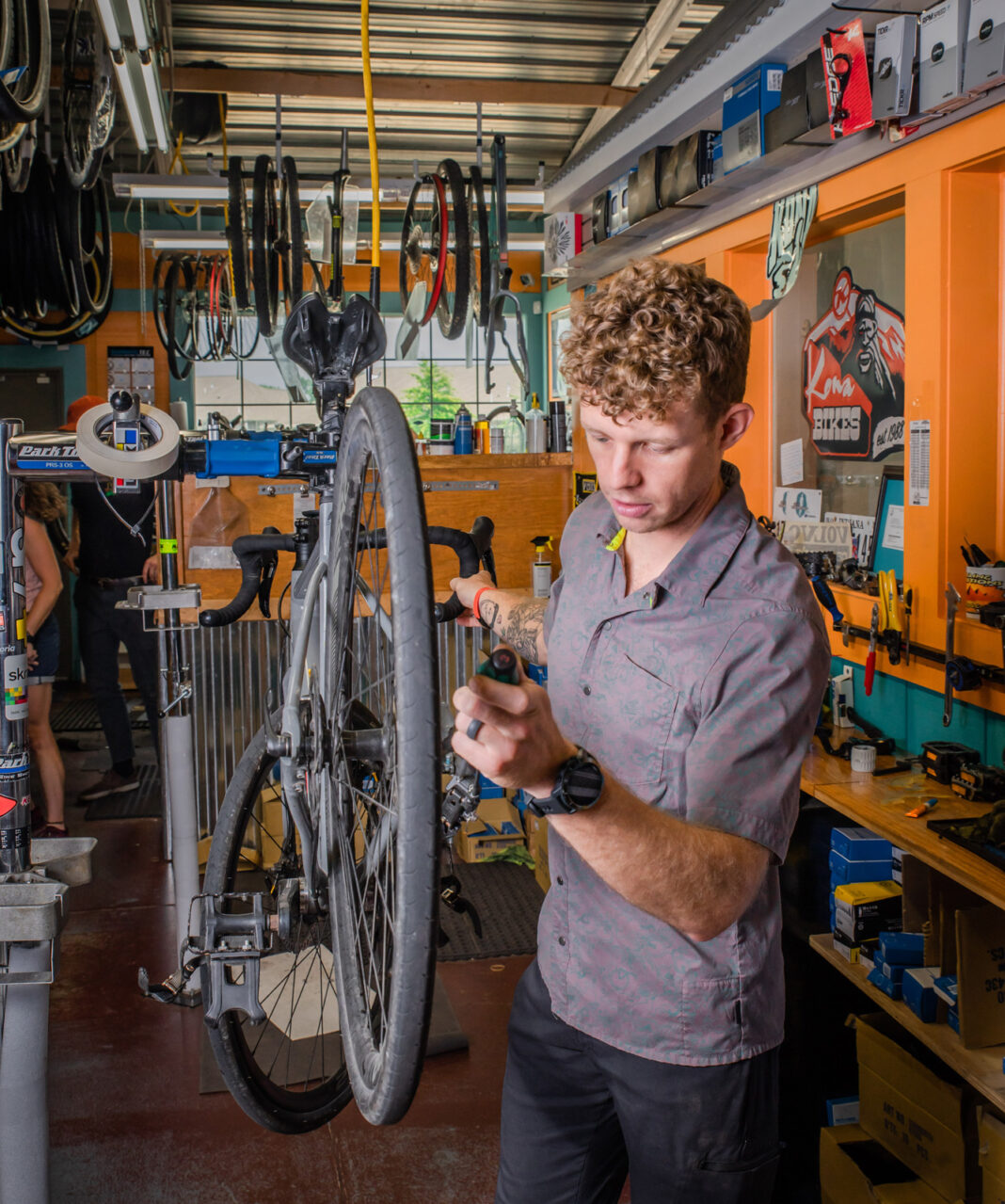 Ben Moll never had any intention of opening a bicycle shop when he started Cycling Solutions in 2017, but it was clear to him that entrepreneurship was his destiny.

“It was just kind of in my blood to start businesses. I saw how my dad ran it and put his heart and soul (in it) and took care of his employees over the years,” he says. “I had some pretty good teachers and some pretty good examples.”

After leaving the now-closed Dan’s Comp Shop in Evansville in 2017, Moll, a Newburgh, Indiana, native, looked to put his own stamp on the local biking market. He began servicing bikes out of his garage later that year and even bought a van to go house to house for mobile repair services. In 2018, he and his wife Rachael opened a storefront in the Fruitwood Lane shopping center in Newburgh. A short while later, they moved into a larger space next door, where they remain today.

“When I was about 23, I had my first child, and I needed a positive and healthy way to alleviate stress and get a little more energy, and (cycling) was something that I’d always done growing up,” says Moll.

Cycling Solutions is a dealer of seven bike brands, including industry leaders Giant and Kona, as well as accessories such as helmets, gloves, tools, and hydration equipment. It also functions as a full-service bike repair shop, servicing all brands and any type of bike as long as it doesn’t have a gas tank. Moll says the shop has customers come from more than two hours away to get their bikes repaired.

As the COVID-19 pandemic took hold in early 2020 and people were finding new methods of exercise and entertainment, bikes were suddenly flying off the shelves at Cycling Solutions. Moll says they had about a 400 percent increase in interest from consumers, and within three weeks, they sold every bike in the store. 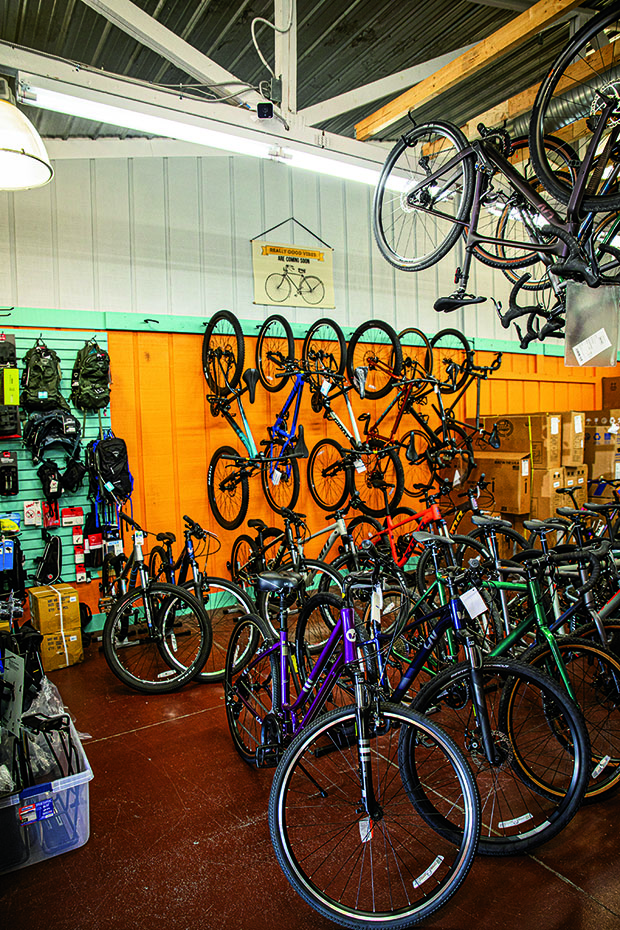 “It injected so much into our business, it was crazy,” he says. “And then all of a sudden, as soon as COVID hit and the lockdowns began, basically every bike under a thousand dollars was gone.”

Now having to purchase bikes from vendors a year in advance, Moll says Cycling Solutions has become the largest bike shop in Southern Indiana and is well known in the Midwest region. Open year round, the shop services thousands of bikes each year, and Moll insists they make it easy for all customers, whether it’s their first time riding a bike or they’re an avid cyclist.

If you’re interested in finding riding partners for your new bike, the shop has a solution for that, too. Every Tuesday, Cycling Solutions hosts a bike ride at Scales Lake Park in Boonville, Indiana, on its mountain bike trails that include beginner, intermediate, and advanced courses. On Thursdays, Cycling Solutions also spearheads a 20-mile trek throughout Newburgh, starting at the shop.