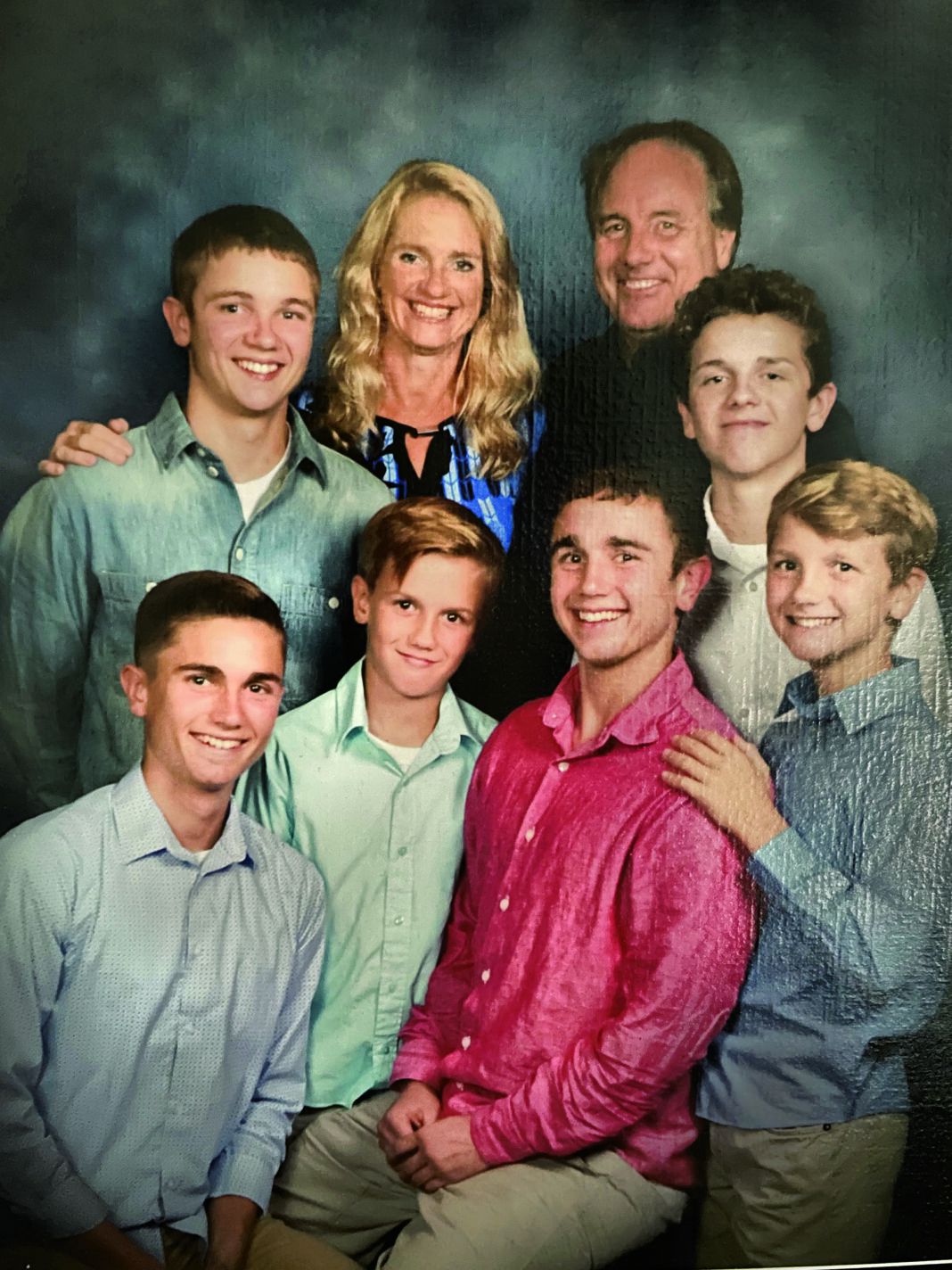 For Evansville’s Nolan family, running is in their blood. 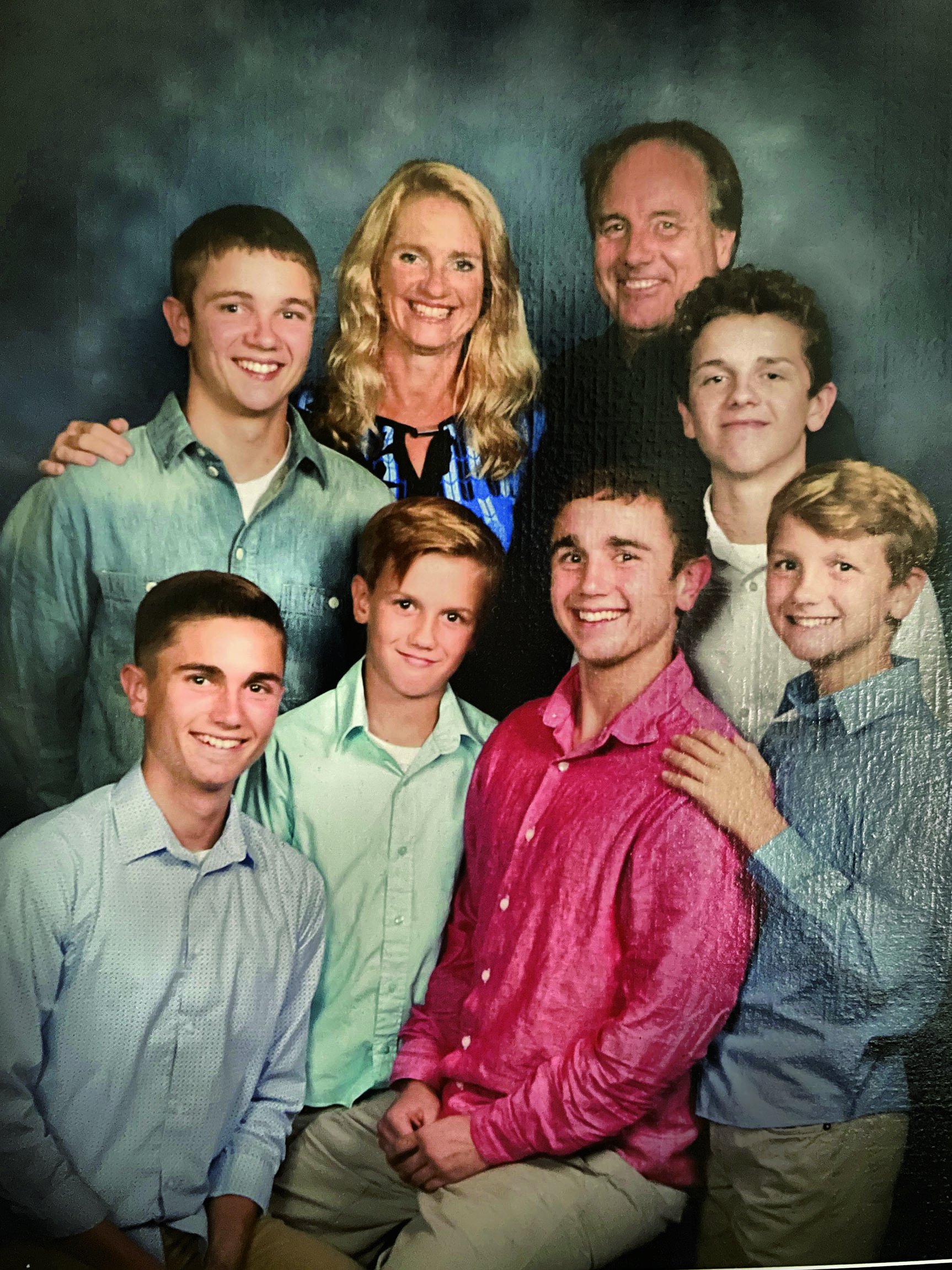 “We didn’t have a cross-country program at Mitchell, so I played football in the fall to get in shape for track,” he says. “I ran my first track meet in seventh grade and won, and I went, ‘Wow, I might be decent at this,’ and I was beating all the eighth graders before long.”

Nolan attended the University of Southern Indiana from 1980-84 and would go on to become one of the most successful athletes in the running program’s history, winning four conference championships and being named an All-American twice. He was inducted into the Great Lakes Valley Conference Hall of Fame in 2007 and the USI Hall of Fame in 2009.

The passion the Nolans have for running isn’t kept to themselves. They’ve passed those athletic gifts onto their six sons — Trent, Ryan, Austin, Travis, Alex, and Jackson.

Four have been competitive runners. Eldest son Trent ran at F.J. Reitz High School and then USI, where he made all-conference. Austin, a senior at USI, has earned conference championships in both track and cross country. Last season, his 13:58 in the 5K was one of the fastest times in Division II and qualified him for nationals, but he contracted COVID-19 and couldn’t compete. Austin, who is working toward a master’s degree in sports management, was named second-team Academic All District by the College Sports Information Directors of America this year.

Alex, a senior at Reitz, qualified for state last season and has fielded offers from several colleges, including USI. Youngest son Jackson also runs at Reitz and is one of the top freshmen in state.

“It’s given us a special bond between the boys, me, and my wife,” Nolan says. “It’s taught us how to stick with something and go through the ups and downs.”

Nolan insists there is no competition between his sons, and they root for one another and share advice on how to perform better, sometimes even training together during the off-season. 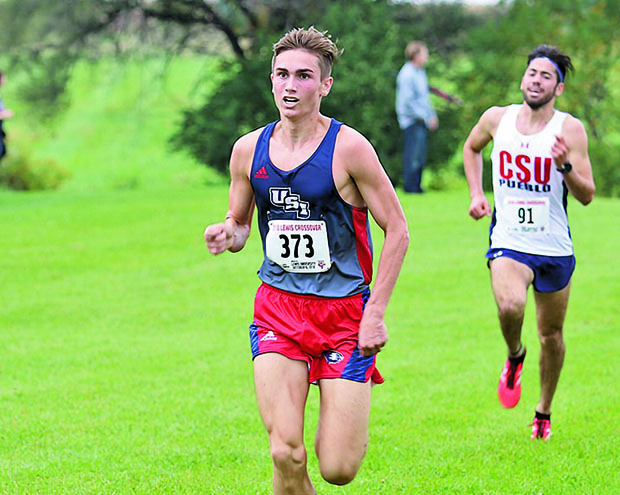 “Austin is always there telling Alex, ‘You can run faster, and I know you can do this,’ and Alex is always bringing Jackson along and telling him, ‘Hey dude, you’re running great that you’re going to be one of the fastest ones ever,’” Nolan says. “There’s no competition. They just cheer each other on.”

Running isn’t the only bond between Nolan and his sons. Some of them have also worked with their father at Ultimate Fit on South Green River Road. Trent was a fitting specialist at the athletic shoe store, and Austin currently works under his father in the same position. Nolan is the manager at Ultimate Fit and has been with the business since its inception 11 years ago.

Though a torn Achilles tendon ended Nolan’s running days, he continues to cheer on his sons as they try to outrun their father.

“’You’ve just got to remember, you’re not racing them, you’re racing yourself,’ he says. “That’s what I always tell my boys.”