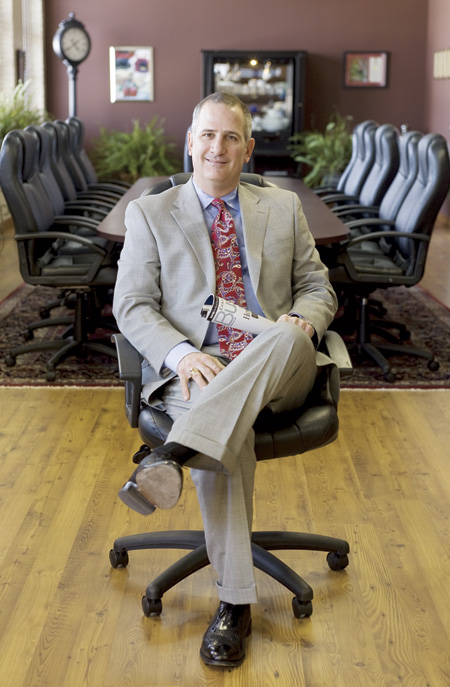 Mayor Jonathan Weinzapfel was not happy with me nor I with him. It was November 2003, and he was going on the cover for the first time of our December/January 2004 issue of Evansville Business. As often is the case when communications are made through intermediaries, or in this case, staff, there indeed had been some miscommunications. At that time, I did not know the mayor very well at all. I did not always agree with his views as state representative (nor have I as mayor), and he did not always agree with my stance in the pages of Evansville Business (and he just told me he still doesn’t).

I scheduled a personal appointment and went to mend fences, if you will. I am a big believer that with a bit of face time, with or without a frosty beverage, it generally takes about 15 minutes to no longer care about an issue or what was bothering you both in the first place — Communications 101.

In that inital meeting, I found the mayor to be honest, firm in his convictions, and a man truly who put his family first. Over the last eight years, our professional relationship has grown, as did a friendship that enabled us to work together on many different projects or “talk a little smack” to each other either at a Little League ballpark or around town.

In our cover story, Back Talk on p. 56, the mayor lays out in his view what has transpired over the last eight years and highlights a few of his many accomplishments. It was of great interest to me that in 2003 Mayor Weinzapfel had been asked what had most taken him out of his comfort zone. He replied, it was “attacks of his character and integrity.” And whether you agree with his mayoral decisions over the last eight years or not, make sure you give him the credit and respect that he is due. Being mayor of Evansville has meant sacrificing career, family life, and privacy. There are more nights out than you can imagine and people taking shots at you anonymously regardless of what you say or do for taking on the job as mayor. Being a leader of a city like Evansville means making decisions that are not always politically popular. That is why it is called leadership.

I think the majority of the folks who work hard to make our community a better place to live would agree with “Thank you for your service to our city, Mayor Weinzapfel.”