I love going to the mailbox during the month of December to be greeted by holiday cards. I appreciate 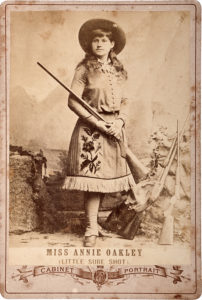 all styles of cards — traditional, tiny, foil covered, and religious. The majority of the cards we receive are photo cards. This year, 60 percent are photo cards so far. I have participated in the growing trend for years — 56 to be exact — but never have I wondered where the idea actually came from. Turns out the first known “personalized” Christmas card was sent in 1891 by Annie Oakley, the famous sharpshooter and star of Buffalo Bill’s Wild West Show. She was in Glasgow, Scotland, during Christmas 1891 and sent cards back to her friends and family in the U.S. featuring a photo of her. Annie reportedly designed the cards herself and they were printed by a local printer. (Annie Oakley card) 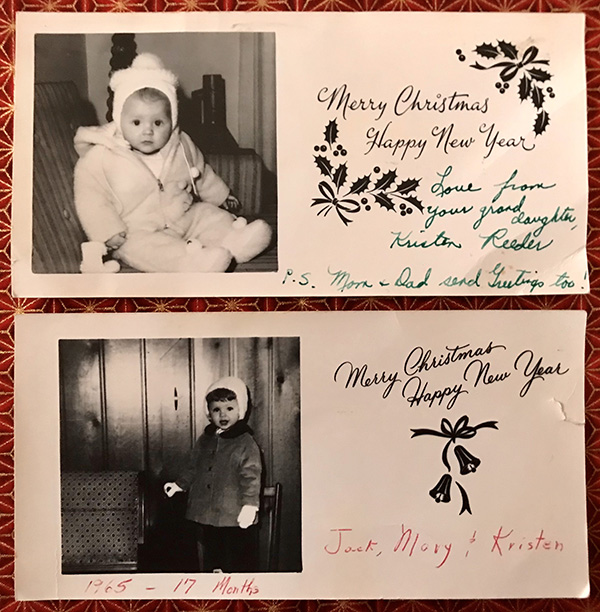 I appeared on my parents’ Christmas card in 1964 as a 6-month-old. I recently found this card, along with the 1965 version, in a box including, among other things, my great-grandmother Mac’s wedding shoes (circa 1900), my father’s 1960 withholding tax statement from Ronan, Montana (he earned $2,460 teaching that year), and my sister Tiffany’s “Fang Baby” (a small stuffed doll she drew fang teeth on in the late 1970s) — along with dozens of other family ephemera (old Pizza Chef ads and menus). The Fang Baby is another story; she will be taking a trip via USPS to North Carolina soon.

Displayed on the piano in our home office for the holidays are 20 photo holiday cards from the 22 years since our oldest son Maxwell was born. I will have to do some more digging to find the two missing cards. We like to look back at them and have a few chuckles; nearly every card has a story. Here are the earliest cards each of our boys appeared on. Maxwell now is 22; Jackson is 19. 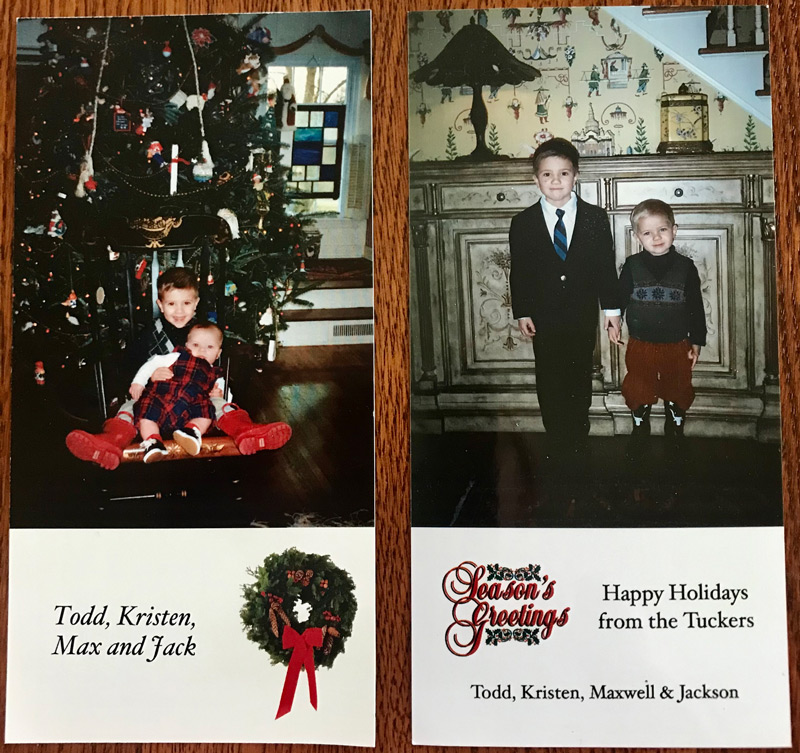