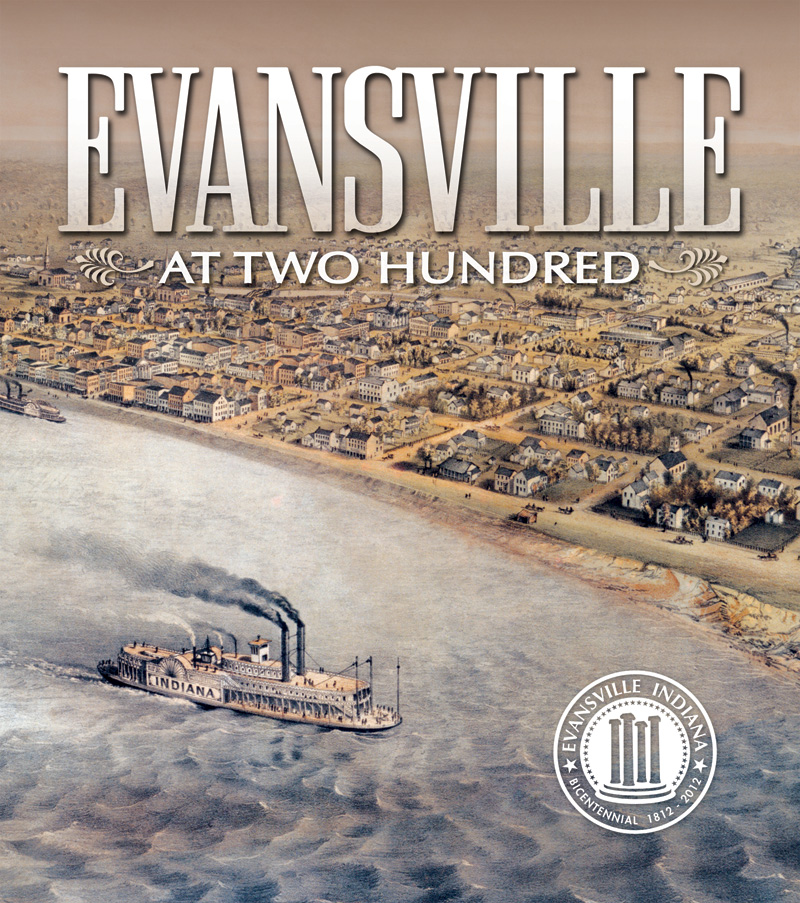 On March 27, 1812, Hugh McGary Jr. made the land purchase for present-day Evansville. Our city has experienced growing pains and unexpected joys since then. Challenges were met, opportunities arose, and families grew with the city. Now at the tail end of the Bicentennial celebrations — which started 200 days before March 27 and ends 200 days after — we are able to look back and reflect with a pictorial history of Evansville’s past.

Evansville at Two Hundred: 1812-2012 is unlike any other history book of the city. It shows a unique side of Evansville. “The book is a reexamination of some previously-known images and it features others that have not been in the public eye before,” says Dennis Au, the city’s historic preservation officer and a member of the Evansville Bicentennial committee. “All of this is in a neat, coffee table quality book format.”

The pictorial is a joint effort of community advocates, including other Bicentennial committee members such as project coordinator Shawn Storckman, Willard Library director Greg Hager, and local historian Harold Morgan, as well as Tucker Publishing Group and the city of Evansville. “The book is only made possible by the hard work of its contributors,” says Storckman, who gave Morgan credit for providing most of the original photos for the book.

Between the photographs, informative captions, and occasional stories, Evansville at Two Hundred serves as a testament to the city’s forefathers. “Evansville has a long and colorful history,” says Storckman, “and this book shows how the city got to where it is today.”