Since first opening on Evansville’s West Side in 2014, Azzip Pizza has worked toward rapid growth. Five years later, the company employs 144 people and operates seven pizzerias throughout Indiana and Kentucky, with an eighth set to open in Owensboro, Kentucky, this July.

Azzip founder Brad Niemeier and his brother Andy Niemeier (Azzip’s co-CEO) do not plan on stopping there.

“Being a part of the communities, not just here in Evansville, but in Terre Haute, Bloomington, Lafayette, and Bowling Green (Kentucky), is a great feeling,” says Brad.

A native of Evansville, Brad based his fast and casual eatery off an idea he developed as a student attending Purdue University. Though risky, Brad decided to pursue his restaurant dream right out of college.

Azzip’s approach to customer satisfaction contributes to their speedy expansion and successful model. Face-to-face interaction is a large part of what makes Azzip special — along with creating dishes in front of the customers, employees serve up great attitudes as well as pizza. 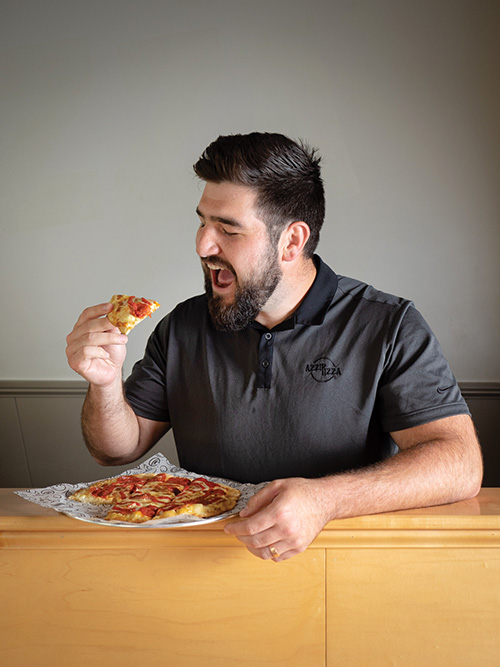 “At multiple stores, it’s something you have to be intentional about. To hire the right people and to build that culture and environment is very intentional,” says Brad.

The success of the Niemeiers’ endeavor also has allowed Azzip to provide pizza-lovers with unique options from cauliflower crusts to creative pizzas of the month. The business offers innovative ingredient combinations, setting it apart from other local restaurants.

“It’s not enough to just be different,” says Brad. “One of the things I learned in my entrepreneurship classes was being different in ways that matter to the customer.”

The road to success hasn’t been easy, but Azzip continues finding ways to improve their customer and employee experiences.

“There’s been a big learning curve at times,” says Andy. “But we worked through it together, and we’ve really grown a lot just from growing the business.” 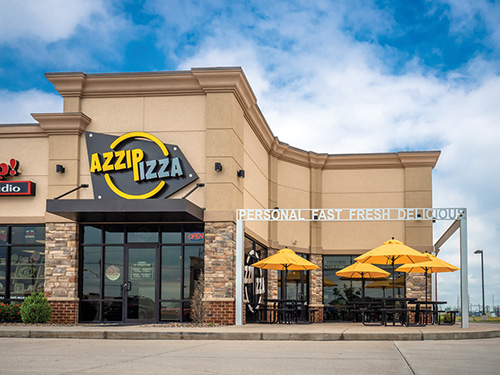