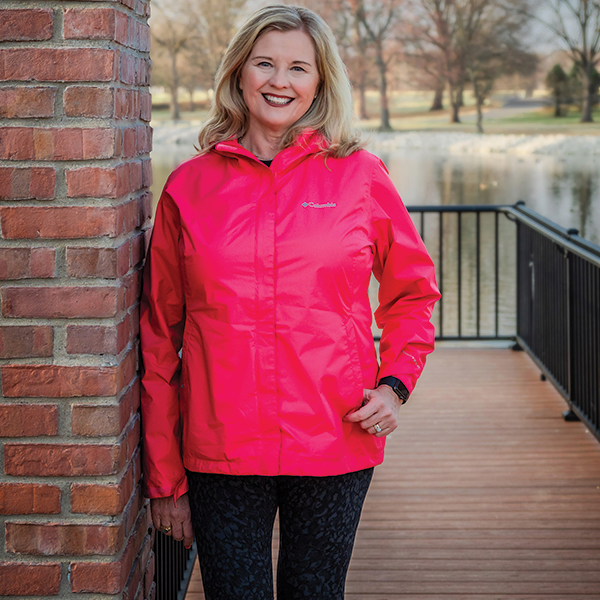 Things have been a bit different for us lately. While the staff of this magazine produced the May/June issue, my husband Todd had open heart surgery at the Ascension St. Vincent Heart Center of Indiana. He has been recovering at home, supervised by me, our cats Sunny and Rosie, and our dog Jed, since April 11. Our youngest son Jackson has since returned home from college for the summer and is helping, too.

Having open heart surgery is Todd’s story to tell, and I suspect he will, in his always candid Publisher’s Letter in Evansville Business, or perhaps he will write his take on “Open Heart Recovery for Dummies.” Spouses, partners, and caregivers of those who have joined the club of open-heart surgery survivors – which annually inducts more than 500,000 in the U.S. – have stories to share. In Todd’s case, his surgery was not an emergency; he elected to have his sternum sawed open, his ribcage spread, and the ascending aortic aneurysm that he had been watching with surgeons at the Carmel-based Heart Center of Indiana repaired. In 2018, Todd had been referred to the Heart Center of Indiana where surgical teams specialize in cardiac conditions like Todd’s and do surgeries like his daily. Todd will tell you, though, while the surgery was elective surgery, there really was no choice.

Todd is an endurance athlete and was cleared by his cardiac team to enjoy (yes, enjoy) high level cardio-fitness events, such as the Ironman Tulsa and Ironman Indiana competitions he completed last year. But a new surgeon wasn’t as comfortable with the math and risk surrounding Todd’s aneurysm due to its size. It is known the risk of “dissection” grows with the size of the aneurysm, if hypertension is present, and with the strain of weight – think shoveling heavy snow. For several years, Todd had been restricted to not lifting more than 50 pounds. Todd’s aneurysm was 5.5 cm long. If it were to dissect, there would be no trip to the ER. Surgery was scheduled for Friday, April 8 at 7 a.m. with Dr. Peter Walts. It was successful. By the following Monday at 4 p.m. we were back in Evansville; I navigated the painful trip home.

Todd is doing great, already with several weeks under his belt of a total three-month recovery. It is quite a thing, having open heart surgery, and the rest of the story – Todd’s ongoing recovery – will be his account to share.

Meanwhile, the Tucker Publishing Group staff powered on completing both the April/May issue of Evansville Business and this issue, May/June Evansville Living. Back now for the third year, our editorial team has produced “Most Beautiful Homes.” Managing Editor Jodi Keen and photographer Zach Straw took some nice spring drives to scout homes for this year’s installment of the feature. We would like to thank the homeowners who responded to the letters Jodi dropped off and agreed to their home being featured. We hope you enjoy the curb appeal of these beautiful homes.

The TPG staff also has been busy helping hire and welcome Art Director Kevin Goodbar, who joins our current art staff of Creative Director (and very first art director) Laura Mathis and Advertising Administrator and Graphic Designer Morgan Dean, a 2020 graduate of Ball State University in Muncie, Indiana. Kevin has relocated here from Dallas, Texas, where he was art director at D Magazine. He also has served as art director or design director at the award-winning city magazines of Austin Monthly, St. Louis, and 5280 (Denver’s “mile high” magazine). We look forward to introducing you to Kevin’s work in the coming issues.

Thank you for the positive vibes, healing thoughts, prayer, and concern. Many thanks, as well, to the excellent staff of this magazine. As always, I look forward to hearing from you.