Ready to not Rock 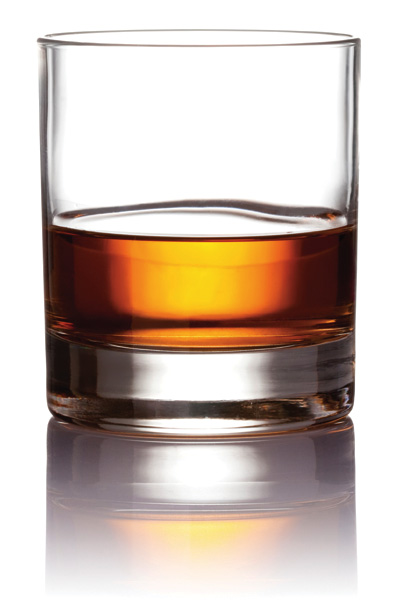 Plenty of purists believe certain liquors should have no ice. The smoky peat of Scotch should be enjoyed, they argue, without ice melting into the liquor. But I’m not a drink dictator. Scotch for a cocktail? That’s divine, and a cocktail is one drink that can be made sans the rocks.

The Rusty Nail is one such concoction. Early in the 1900s, the Rusty Nail debuted as a combination of Scotch and Drambuie, “the world’s most distinguished Scotch-based liqueur,” according to Esquire magazine’s resident cocktail historian David Wondrich.

Other liqueurs do just fine, so I offer this variation, known as the Rusty Horseshoe, served at room temperature.

—Tom Fischer of Evansville is the host of anonline show, BourbonBlog.com. He worksclosely with his website’s drink advisor,mixologist Stephen Dennison.