Cooking has been a life-long passion for local chef Pam Heironimus. She grew up in her parents’ Italian restaurant Tony’s, formerly on 319 S. Green River Road, which sparked her love of food. Now, she gravitates to the Mediterranean flavors of her childhood, combining them with creativity in her own kitchen.

With almost 40 years of experience, Heironimus has been a sous chef at the Petroleum Club, a private chef to Joe Harrison Sr., and a chef for thousands at the University of Evansville. One of her most notable achievements was working at Oak Meadow Country Club, where she became the first female executive chef at a private club in Evansville. Despite currently being retired, Heironimus doesn’t plan on slowing down. 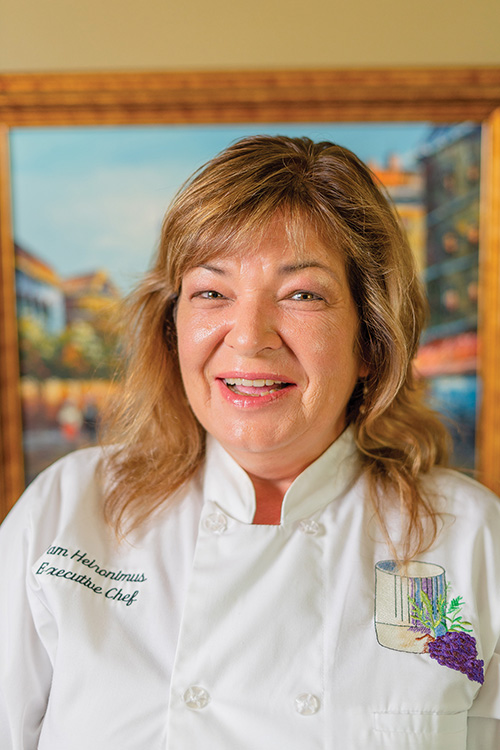 “Nobody retires at 53, right? I want to go to back and do something for myself,” she says.

Over the last few decades, she has watched the food industry change, moving away from preparing meals from scratch and transitioning into an age of cooking for convenience.

“No one’s doing scratch stuff,” says Heironimus. “Because of the expense of a brigade kitchen, people are cutting corners left and right.”

This shift, however, isn’t swaying her. Small menus with fresh ingredients always will be superior to restaurants trying to do it all, she says. Heironimus recently traveled to Austin, Texas, where she found inspiration in farm-to-table cooking and shareable small plate concepts.

Travel is important for experiencing a variety of culinary trends, she believes, which is why Heironimus researches food before taking trips. She’s enjoyed meals in France and Jamaica, and later this summer, will go lobster fishing in Maine. 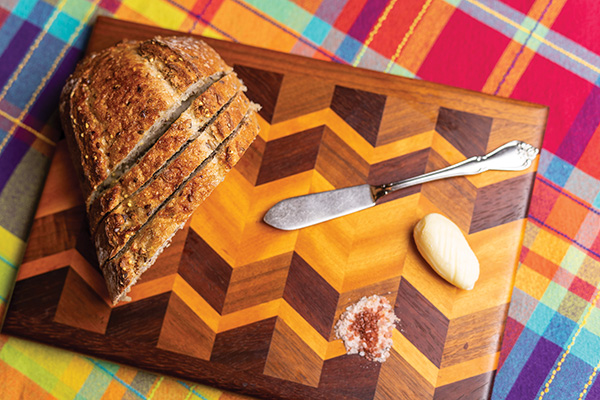 Her life in food has given her the opportunity to see unique places and meet interesting people, all while translating those experiences into her cuisine — like her delectable peppercorn crusted pork tenderloin with Phoenician dressing.

“The memories of cooking with people make it worth it,” says Heironimus. “Enjoy life, eat good food, and be well.”