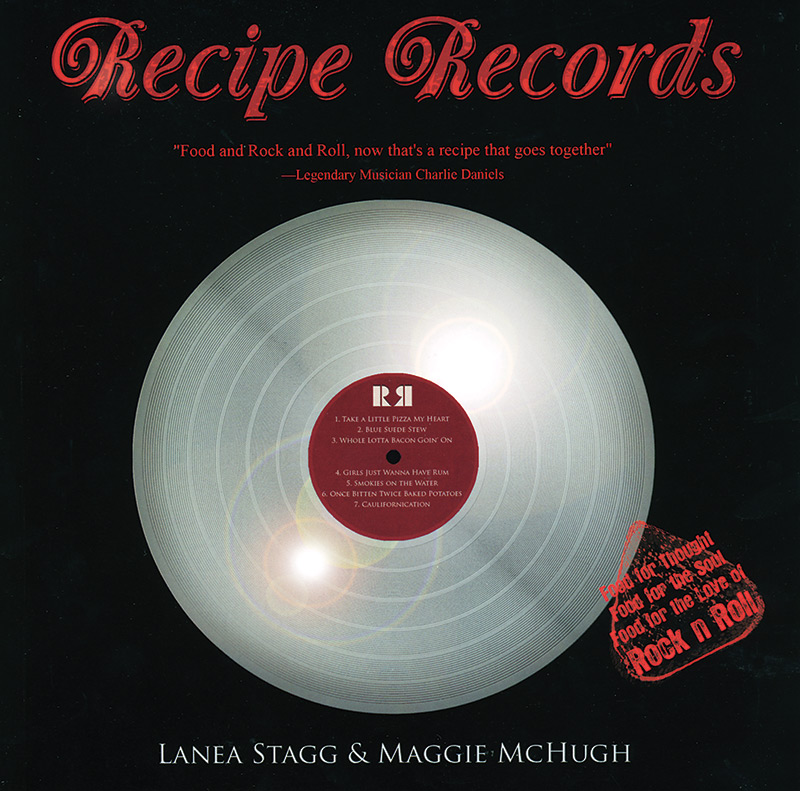 What do you get when you combine a former radio personality in St. Louis and a budget-minded mom of three in Evansville? A close friendship, a recently published cookbook, and more than 150 clever recipes inspired by rock ‘n’ roll.

Fifteen years ago, Lanea Stagg and Maggie McHugh met while living in Mount Vernon, Ill. The duo became friends after attending a Fabulous Thunderbirds concert, where they bonded over a shared love of music. One night, McHugh called Stagg, now an Evansville resident, to propose an idea: a cookbook of music-themed recipes with lighthearted titles such as Rolling Scones and Whole Lotta Bacon Goin’ On. That phone call was the catalyst for Recipe Records, a 200-page cookbook that begins with “The Opening Act” (appetizers) and ends with “Encores” (desserts; waving lighters not required).

Names such as Another One Bites the Crust (seasoned cheese bread) and Love Me Tenders (chicken tenders coated in crushed Grippo’s barbecue chips) add a novelty factor to simple yet versatile dishes that work for family dinners or casual entertaining. Suggested song lists, personal anecdotes, and rock ‘n’ roll trivia are sprinkled throughout the book. “Once Maggie and I start brainstorming about song titles and recipes,” says Stagg, “we spit out so much material it’s scary.”