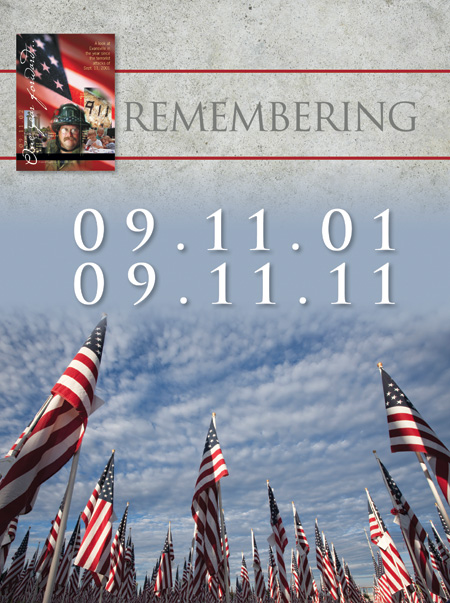 One year after the Sept. 11, 2001, attacks in lower Manhattan and Washington, D.C., Evansville Living dedicated coverage to the loss and heartache felt hundreds of miles away. Among the pages, we honored the heroes at Ground Zero and in Afghanistan. Ten years later, we look back on those stories.

Marti Vanada’s team, including three other search-and-rescue dogs, filled three tour buses and was accompanied by three flatbed trucks filled with supplies and extrication gear. When the team reached Manhattan the day after the tragedy, they were taken to a large convention center three miles from Ground Zero. Two sleeping tents were set up for Vanada’s team; each tent had room for 25 people. The group was divided into day and night shifts to provide 24-hour availability.

“Our reason for existence is to go into the disaster area and extract live victims,” Vanada said. “We didn’t have normal duties in this one. The devastation was too great.”

In Indianapolis, the group was met with a hero’s welcome, but Vanada doesn’t feel heroic. “It was heartwarming,” she says, “but at the same time, we didn’t do anything. We’re trained to find live victims, and we didn’t do that.”

— Along with her certified search-and-rescue dog Polly, Marti Vanada was one of more than 60 members from Indiana on a federal emergency management task force who spent eight days at Ground Zero. November/December 2001 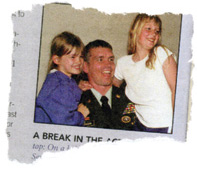 My son, Sgt. 1st Class Rod Jackson, was headed to combat in an incredibly hostile environment against people with such a furious will and commitment that they had defeated Russia when it was a superpower.

When his trainees — some of them young enough to be his sons — run eight miles, he runs eight. When they carry 65-pound packs on their backs on brisk walks for several miles, he does the same.

When a Special Forces communications specialist was one of the first to die in the Afghanistan war, my first thought was a selfish one: It could have been Rod. I didn’t sleep much that night. 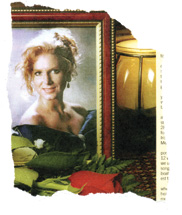 When Bobbie Peak lost one of her daughters, Stacey Lynn, on Sept. 11, she simply moved into her daughter’s bedroom where a toddler-loved Raggedy Ann doll sits in the corner and a red rose from a New York apartment remains in a vase on the dresser.

“I think they said they effectively vaporized,” Peak said. “What does that mean? I guess there is nothing.”

— Bobbie Peak, a Tell City, Ind., resident, on the death of her daughter, Stacey Lynn. September/October 2002 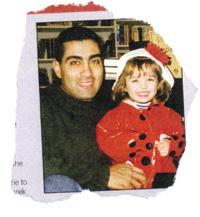 “Mom, I need you to come home,” Carolyn said. Her voice was soft and controlled. She fought tears.

Our Egyptian-born son-in-law, Tarek Al Basti — a naturalized American and co-owner of the Crazy Tomato restaurant — and his uncle Adel had been detained in an Oct. 11 sweep of Middle Eastern men. Seven of their Egyptian-born friends were detained as well.

During the week they were detained as material witnesses in Chicago awaiting their grand jury appearance, business was booming. They coordinated a hunger strike in order to see their attorneys.

We may never know the turning points in the decision to release the men, ultimately excusing them from a grand jury hearing. They were released Thursday evening. I wanted to hug him, express my sorrow and shame, and apologize for the government’s behavior. “You’ve lost weight,” I said.

Evansville Fire Department Captain J.C. Land still finds it difficult to talk about the 343 firefighters who perished in the collapse of the World Trade Center, especially those who were his friends. “I will say this,” he says, “there is one hell of a fire department in heaven right now.”

— Land had trained with FDNY Rescue 1, one year before the attacks. September/October 2002