Four Freedoms Monument’s limestone columns had a prior life 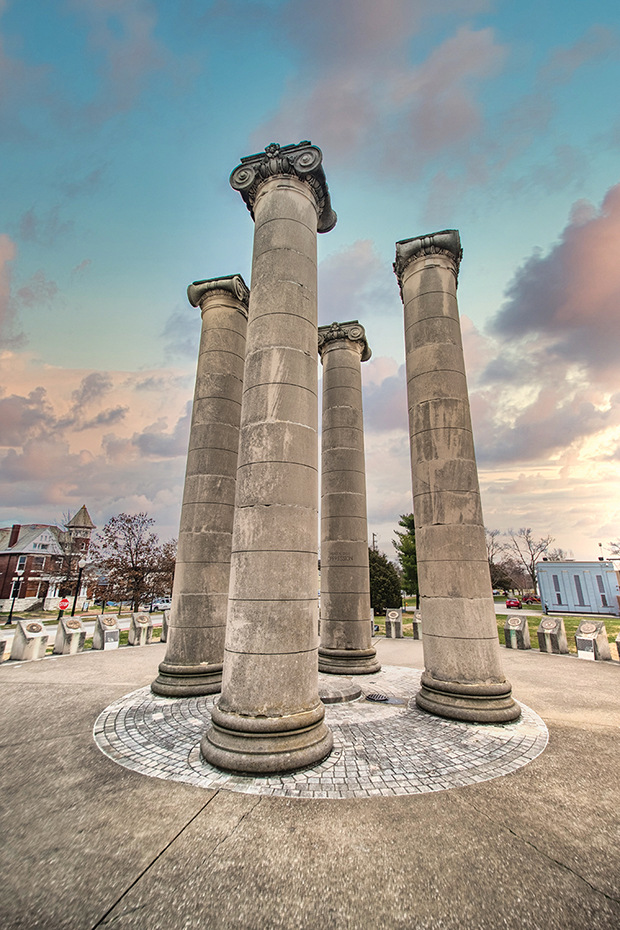 Guarding the Ohio riverfront Downtown, the Four Freedoms Monument is one of Evansville’s most familiar landmarks. Passersby may be curious about its history, which dates to decades before its installment.

“Back in the 1970s, the national bicentennial was a big to-do,” says Vanderburgh County Historian Stan Schmitt. “Here in Evansville, the Downtown Civitan Club was looking for a community project. Until then, the stone columns had sat in storage for 10 years.”

Made from Indiana limestone, the 26-foot columns built in 1907 once embellished the facade of the C&EI Railway Depot near Downtown, a symbol of Indiana’s identity as the crossroads of America. The building hosted the USO during World War II, later became a community center, and was razed in 1961.

FDR evocated the importance of these universal freedoms —freedom of speech, freedom of worship, freedom from want, and freedom from fear — in his Jan. 6, 1941, State of the Union address.

7,500 people contributed a total of $137,000 to create the monument, a round plaza with 13 steps for the original colonies; the four columns; and a ring of 50 pedestals, one for each state. The monument was dedicated in 1976.

The monument still serves as a gathering spot where Evansville residents practice the civil liberty of a peaceful protest.