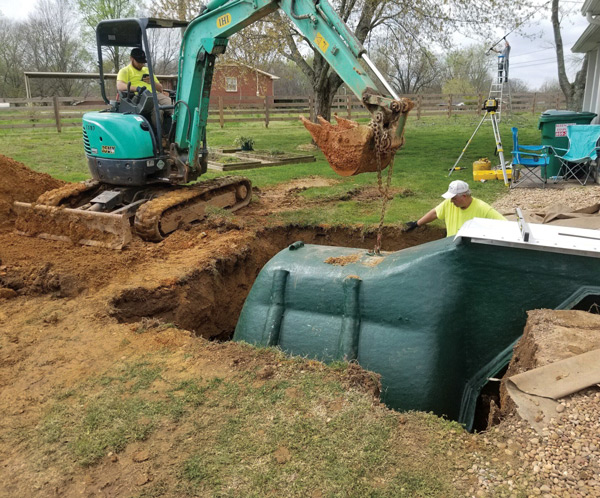 Roger Beckley says the first part of homes destroyed by tornados are the windows, allowing wind to enter and wreak havoc. It’s a familiar scenario after tornados devastated western Kentucky on Dec. 10, 2021. Relief efforts were swift as volunteers and donations poured into the affected areas. Two regional companies offer preventative measures to protect people from these types of storms.

Integrity Storm Shelters, owned by Beckley, of Oakland City, Indiana, and Nix Industrial of Poseyville, Indiana, both offer a solution to give homeowners peace of mind if a storm were to hit their home.

“I think a lot of people had their eyes opened with this last tornado,” says Buckley. “Places that they thought was the only safe place they had were not really as safe.”

In 2020, Buckley purchased Integrity, which was founded in 2007 by Dan McKinney and sells underground shelters and residential and commercial safe rooms. Nix, a metal fabricator and industrial contractor that has offered residential safe rooms for nine years, is a fifth-generation family-owned business founded in 1902.

The smallest 4 foot-by-4-foot safe room ranges from $5,000 to $8,000 depending on installment, delivery, material pricing, and the company. Nix fabricates its steel plate and powder-coated rooms in Poseyville, while Integrity’s fiberglass or steel rooms are manufactured by Southern Illinois Storm Shelters in Benton, Illinois.

Buckley says the rooms are tested for an F5 tornado at Texas Tech University, and vice president of business development Adam Schmitt adds that each must be anchored into a 6-inch concrete base, so wind can’t get under or into the shelter to move or damage it.

“It’s all about safety and protecting your most valuable assets, being your family,” says Schmitt. “Anything you can do that can … put something else between you and the path of a deadly storm is most important.”