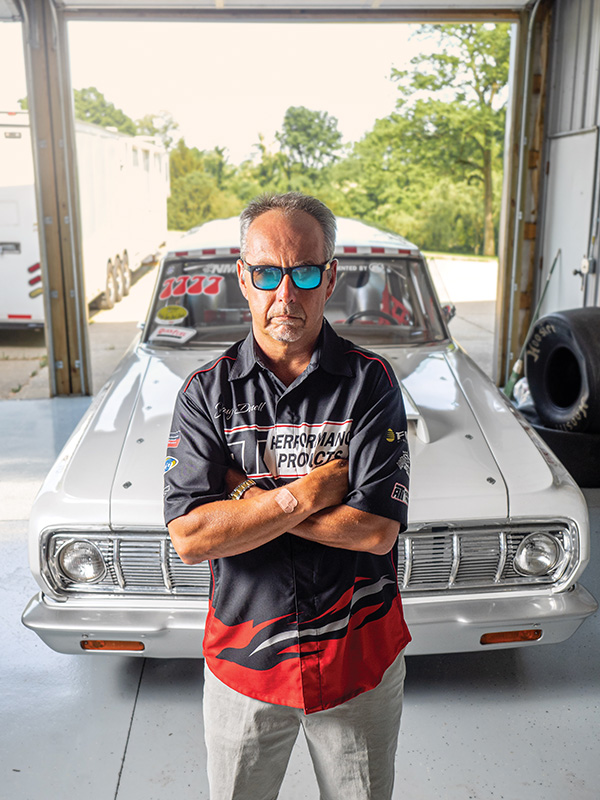 Change is not a fear of Doug Duell’s. The president of The Duell’s Evansville Kia and Evansville Hyundai has seen a lot of it since his father Dave Duell purchased the original dealership, Evansville Chrysler Plymouth, in April 1980.

Sitting in his office at Evansville Kia, Duell quickly lists every major change to the dealerships over the past almost 40 years.

The key to Duell’s success in the Evansville car industry is clear — adaptability. When Chrysler filed for Chapter 11 bankruptcy in 2009 during the recession and closed 789 dealerships across the country, it left many without a plan. For Duell, it meant forging a new path without the namesake brand that helped start it all back in 1980.

“We just had been a Chrysler dealer for so long, and then we had to become something else,” he says. “Instead of hanging your head and crying about it, everybody really, really worked hard. We became a better, stronger dealer because of it.” 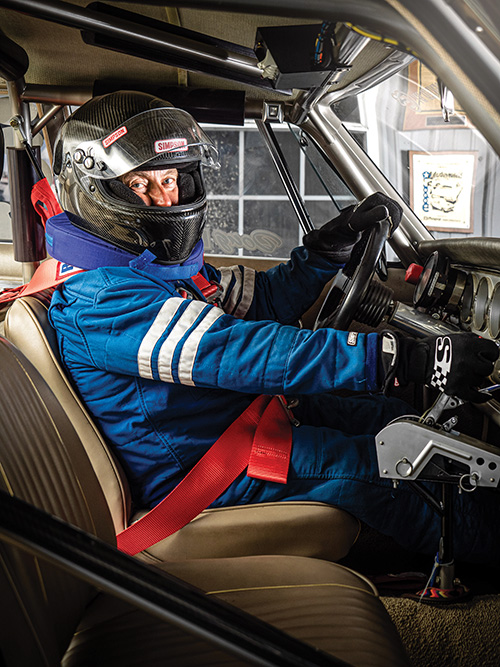 During that time, Kia launched the Sorento and Optima, which still have significant presence today and helped the Duell dealerships parlay the loss of Chrysler into bigger momentum for the growing brand.

“We were a little nervous at first for sure,” says general manager David Cates. “We actually did much better in those years following. The timing couldn’t have been better.”

It shouldn’t be a surprise that Duell is proficient at navigating rough waters and tense times. As an adrenaline junkie who races cars and swims with sharks during his down time, leaning into fear is one of Duell’s strengths.

Like the car business, Duell learned drag racing from his father. He vividly remembers going to the track with his dad as a 5-year-old boy and today races all over the Midwest and South. The season begins in March in Bradenton, Florida, and then continues into places like Memphis, Tennessee; St. Louis; Bowling Green, Kentucky; and northern Ohio.

“In life sometimes if you’re really going to experience the outer limit of things, you kind of have to take a journey to get there,” says Duell. “One time I went on a scuba diving trip 260 miles off of Cabo San Lucas, Mexico, and lived on a boat for seven days. I saw stuff no human will ever see — whale sharks, big manta ray.”

A sense of adventure and love for cars aren’t the only traits passed on to Duell from his father. Before purchasing the Evansville Chrysler Plymouth dealership, Dave had worked for Chrysler to help dealerships that had financially failed and develop new ones. With the economic crisis of 1979, Dave could finally purchase a dealership for himself and moved his family from Columbus, Ohio, to Evansville.

The move was a risk that paid off and one of Duell’s first lessons from his father in running a successful business.

“That’s part of starting a business — you’re taking a huge chance,” says Duell. “But the upside is, if it works, it’s huge.”

Duell first started working at his parents’ dealership in January 1984 washing cars. He drove the parts truck, was a service writer, moved up to assistant service manager, became a sales person, and eventually took over as the sales manager. Duell’s parents slowly let Duell and his wife Anne buy them out of the business.

“My dad was a person who believed nothing was given to you. You earned everything; you paid for everything,” says Duell. “The reason for that is they take care of it a lot better if they earn it.”

Even through the many twists and turns the business has seen over that last four decades, one thing that hasn’t changed is Duell’s focus on creating a good environment for his employees. He says the dealerships don’t see much employee turnover — one of his technicians has worked with the business for 33 years and some salespeople have more than 20 years under their belts. The secret Duell says is respect. If everybody feels good about where they work, they will stay. 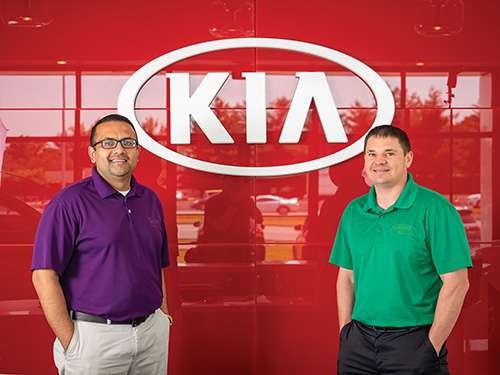 “Doug tells you how it is,” says Amish Patel, vice president of Evansville Hyundai and Kia who has been with the business for 19 years. “You know where you stand, and he’s very generous. I learned from him how to run a car dealership.”

Watching his employees climb the ladder, get married, raise families, and bring their grown-up children back to the dealership is one of the most rewarding parts of Duell’s job. Of course, he says the obvious goal of any business is to do well and be profitable, but anything less for him would be a failure. To truly be successful, he says, requires something more fulfilling.

Another key to retaining good employees is listening to new ideas and then implementing them. Many people in the car industry were skeptical about the emergence of the Internet and were slow to adapt, but Duell was not one of them.

The way people shop for cars has dramatically changed since the Duell family took over ownership of Evansville Chrysler Plymouth. People used to spend a whole day going to multiple dealerships and looking at cars. Today, Duell says people on average visit fewer than two dealerships before purchasing a car and do most of their shopping and research online at home.

“I’ve been happy with the way [Duell] lets us try new things, instead of being stuck in the old way a lot of people are,” says Patel.

“We’ve always tried to be ahead of the curve as far as technology,” says Cates. 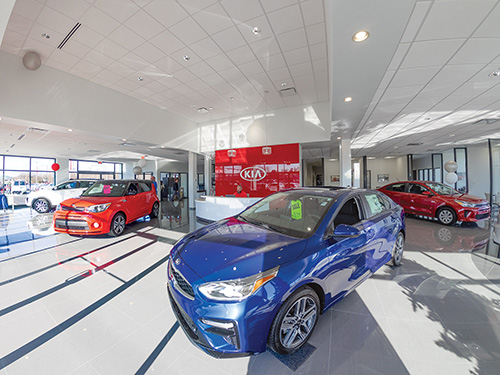 For Duell, surrounding himself with younger employees has been crucial to staying on top of trends, especially as Duell took on more responsibility in the business over the years. He says there is a lot of time spent studying new ideas and technologies in the industry to ensure the business always is moving forward.

“One of the biggest challenges to becoming a president of an organization is to have that overhead view of everything that’s going on,” says Duell.

Currently he doesn’t foresee growth into a third dealership. The Duells have hit a sweet spot with Evansville Hyundai and Evansville Kia, though he admits he has learned to never say never. When it comes to retirement plans, however, never is a tempting word for Duell to use.

“I love cars. I love the interaction with the customers and our employees,” says Duell. “It’s a crazy business but, to me, it’s just a lot of fun. I’ve never, ever in my life thought I wanted to do something else.”