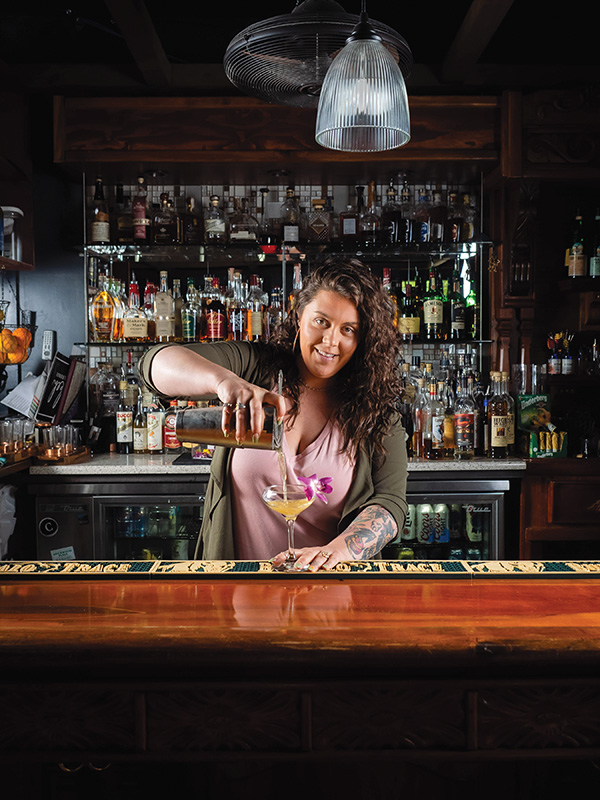 In high school, Moriah Hobgood (known to most as Mo) ran her own snow cone shack and watched her father Randy Hobgood run and operate his bar Big Daddy’s in Henderson, Kentucky. From that point forward, Hobgood knew she wanted to work for herself in her own business. She opened Mo’s House in May 2017 and, since then, has added Bokeh Lounge and Henderson’s Metzger’s Tavern to her bar business portfolio.

When did you realize creating and opening your own bar was an achievable goal?
It was right at a year into working at Sauced. I didn’t realize what I had created there. It was just this cool little space. That was kind of our hash tag — I’m going to Mo’s. It was a slogan before I even knew it. People were saying, “Oh, we’re going to see Mo.” Through that process, I had kept track of my numbers of what I had initially run the entire time I was there, and I thought, “I can totally do this.”

In terms of building a team, what is your strategy?
It’s important that everybody on your team gets along. They can be very different — all of us are very different. Sometimes I look at us and I’m like how in the world do we work together? There is every type of person in here, but it’s important to have those people on your team. When you’re building a space that provides experiences for all people, it’s important to have literally every walk of life in there. That’s been fun. I am very proud of my team. None of this would be possible without them — in all of our places. They’ve done a really good job of figuring out their niche and what they’re good at, and they’re killing it.

How much do you get to play the role of bartender now?
I still love getting back there. I love the crafting process of when I get to come in, it’s quiet, and I get to play and build syrups and that kind of thing. It’s definitely a space I love being in.

What is something you haven’t done yet and still want to do?
I always have said since I worked at Sauced I want to make a local cocktail book. There’s a book that really set it off for me that was Death & Co’s cocktail book [“Death & Co: Modern Classic Cocktails”]. It’s about cocktails they make there, but it also writes about their regulars and little stories about what they drink and how that drink came to be. Now I’m almost five years into really making cocktails that are our recipes and crafting things we could put our name on and be proud of. That has always been a goal.