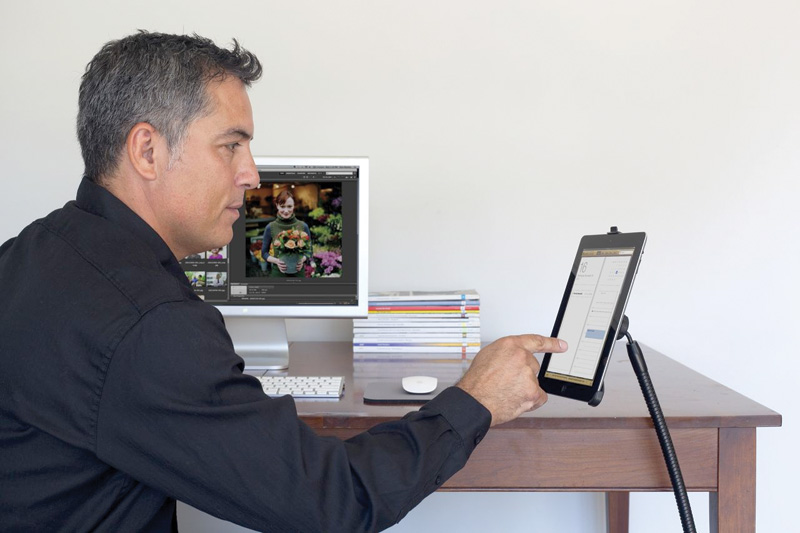 Technology moves fast, and sometimes the problem is finding the best way to hold it still. Brandon Barnard, CEO of Aspire Innovation, did just that as tablets stormed the market in early 2010.

Not long after the iPad was announced, Barnard started tinkering with a clip to attach an iPad to a headboard like a lamp. Proving too heavy and not versatile enough, this 15-year Evansville resident expanded his idea, which evolved into a three-foot stand able to hold all three iPad generations in a fully-functional, gyroscopic cradle. Barnard added extension tubes and a two-foot flexible neck, allowing a user to manipulate the stand as they wish. A 10-foot iPad/iPhone charger can be added, giving the stand more versatility.

In January 2011, Barnard took his prototype iProp to the Consumer Electronics Show in Las Vegas. “Despite the small presentation, there was a lot of interest from vendors at the CES,” he says. He changed the product’s name to Standzfree and started selling it online in May 2011. “Right away I had more than 1,500 emails from interested buyers,” he says, and has since shipped to every state and 42 different countries directly from Evansville.

Barnard continues to improve his gadget, currently adapting the adjustable holder to fit an iPad with its case on, expected to be completed by Jan. 1, and adding telescopic extension pieces to make it taller.

Check out Standzfree and other Aspire Innovation products at www.Standzout.com.