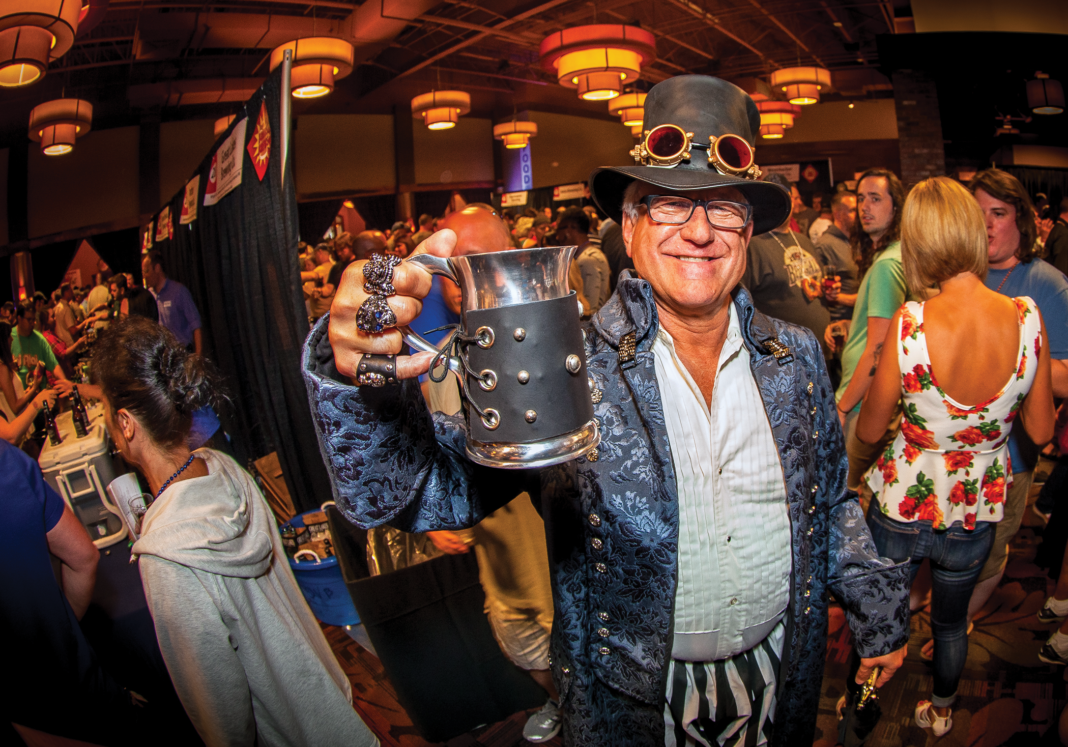 Just a 3.5-hour drive from Evansville, Jungle Jim’s International Market is renowned for its acres of victuals from around the globe.

The megamarket in Fairfield, Ohio, stocks a quarter-million items ranging from a modestly priced pot of Swedish lingonberry jam to a $6,900 bottle of French Cognac. It offers a heady array of wines, beers, and liquors, along with specialty produce, cheese, meat, seafood, candies, and canned, bottled, and packaged foods from some 75 nations.

Exotic edibles are only part of the novelty. Jungle Jim’s also is a fantastic funhouse with a fire truck and a NASCAR racer suspended from its ceiling. Animatronics include a crooning, Elvis-impersonating lion and a singing Campbell’s Soup can. Modern, commodious restrooms hide behind the doors of what appear to be single-seat, his-and-her porta potties.

Jungle Jim’s curiosities have been featured in media reports across the country and in Japan, England, Germany, and Australia. It’s all the fever-dream brainchild of “Jungle” Jim Bonaminio, an authentic eccentric known for roaming the store on skates, a Segway, and on foot costumed as a steampunk wizard, NASCAR driver, Willy Wonka, and other characters. 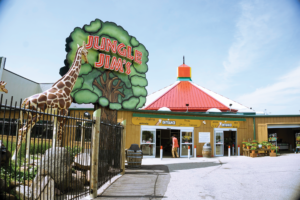 Jungle Jim’s began as a roadside produce stand in 1971. Since then, the quirky market has grown to two Cincinnati-area locations. The Fairfield store, opened in 1974, covers more than 300,000 square feet and sells some 250,000 items in more than 40 departments, says Jungle Jim’s Development Director Phill Adams. The site includes a monorail train that travels to the Oscar Event Center, which hosts beer, wine and cheese festivals.

Lifestyle Tours, a New Harmony, Indiana, travel company, has included a Jungle Jim’s stop on bus tours to Cincinnati, and area residents have found it on their own.

David Shrimpton, a Newburgh, Indiana resident who grew up in England, has gone to Jungle Jim’s for British fare, including Branson pickles and Stilton, Double Gloucester, and Stinking Bishop cheeses, he says.

Jane Leingang of Evansville has visited several times, shopping the cheeses and ethnic foods. She was among those fooled by the portable bathroom entrance.

“I didn’t particularly appreciate the joke when I needed the restroom on my first visit,” she says.