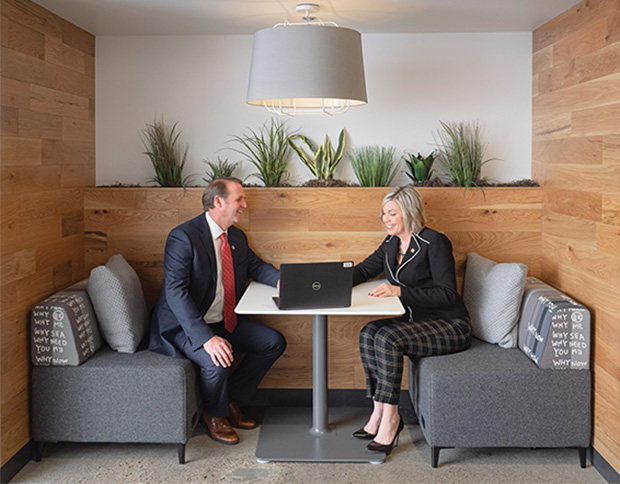 Fifth Third Bank received more than a makeover after consolidating its offices to the 10th and 11th floors in the Fifth Third Center at 20 N.W. Third St. The building was sold to Riverview Investments in May 2018, which has since allowed the bank to approach its workspace in a new way. 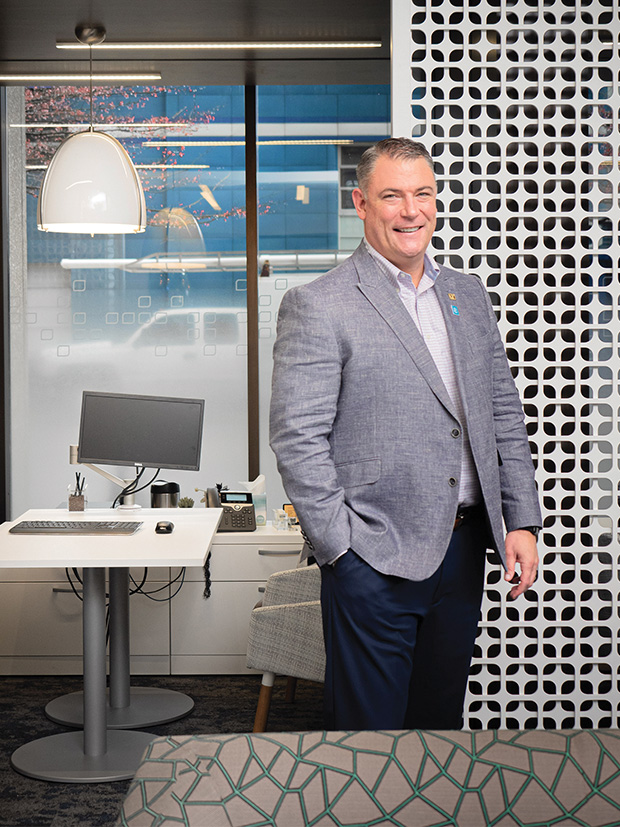 Instead of a traditional office where each employee has a designated office or desk, the bank has transitioned into a collaborative space. There are few assigned seats and offices. Employees are encouraged to move around freely between desks with standing capabilities, huddle rooms, focus study spaces, treadmill desks, phone booths, conference rooms, and a commons area that includes a foosball table for monthly tournaments and an outdoor patio on the 11th floor overlooking the city.

“People are happier at work,” says Court Kull, Fifth Third Bank’s president of the southern market of the greater Indiana region. “Relationships have grown stronger with their coworkers and genuine friendships have developed as a result of it, and that’s by far the most important thing that has happened. For our clients and customers, the next most important thing would be our level of collaboration has increased substantially.” 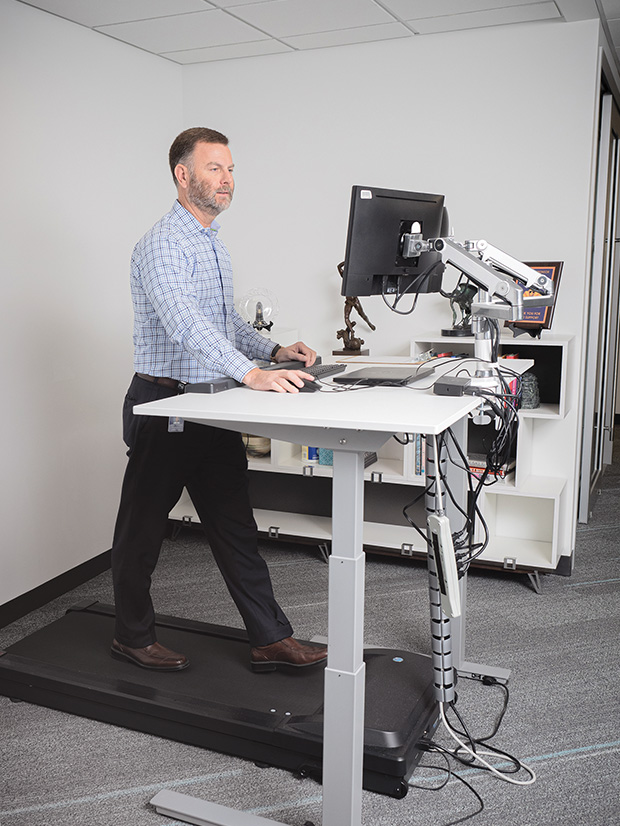 The new office also showcases Fifth Third Bank’s commitment to sustainability. Last year, the bank converted to 100 percent renewable energy for the entire bancorp across the country, purchasing energy from a solar field to power its facilities. The office utilizes motion-sensing lights to reduce energy use and emphasizes recycling and going paperless.

Even the financial center on the ground floor at the corner of Sycamore and Third streets has been renovated to be more welcoming to customers and clients, with comfortable seating areas, complimentary beverages, and a library with financial resources.

“It represents an almost $5-million investment on Fifth Third Bank’s part in this community, which is significant,” says Kull. “It’s a big commitment for us. Downtown Evansville is going through a real renaissance, and we are too.” 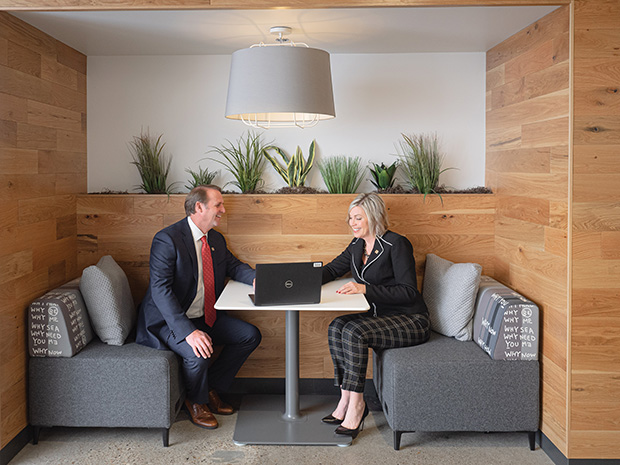