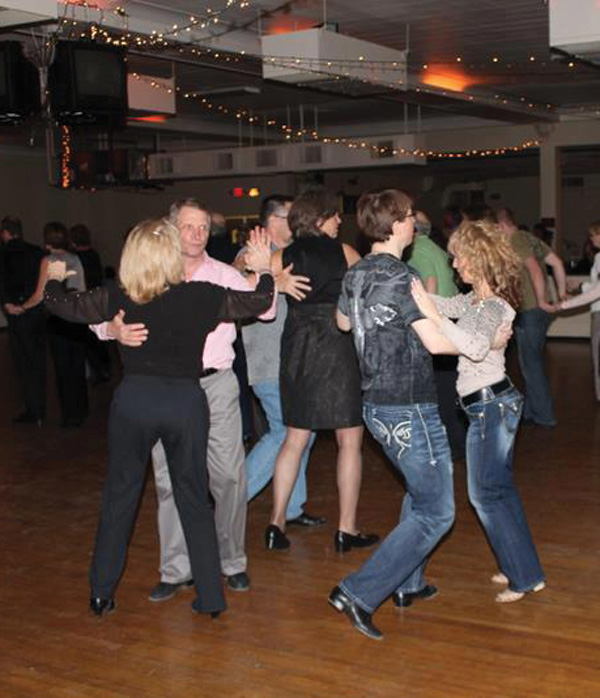 Evansville resident Tammy Jacobs and fellow members of the Evansville River City Bop Club wanted to bring a dance convention to Evansville. Similar events are common in bigger cities like Nashville and Louisville, but nothing like it had ever taken place in town. Now in its fourth year, the Swing Fling, which started as a one-day event, will take place over three days, Feb. 26 to 28, at the Holiday Inn North.

The Swing Fling features dancing in the evenings (until 2 a.m.!) and lessons during the day, with dancers who range in age from high schoolers to retirees in their 80s. The club has fostered a bigger interest in dance around Evansville since 2007, and Jacobs says she thinks the Swing Fling will help.

“Dancing in Evansville has remained kind of an underground thing,” she says. “Bigger cities host dance conventions like this, and we’re excited to try something on a bigger scale in our own community.”

The group hopes to attract about 250 people to Swing Fling this year, which is smaller than events in cities like Cincinnati and Indianapolis, but it’s “still a good place to start,” says Jacobs, who works as the Help Desk/IT Associate at Old National Bank.

There will be several different styles of dance at the Swing Fling including ballroom, waltz, Rumba, and East and West Coast Swing.