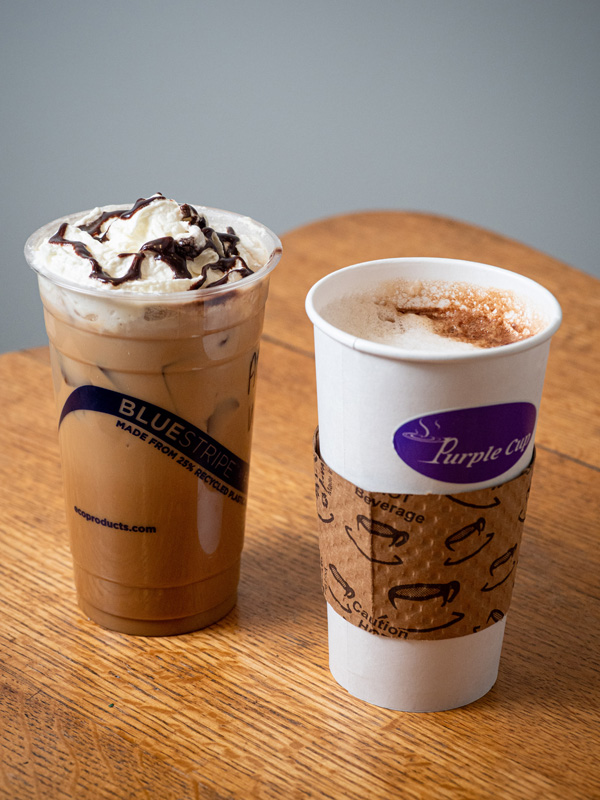 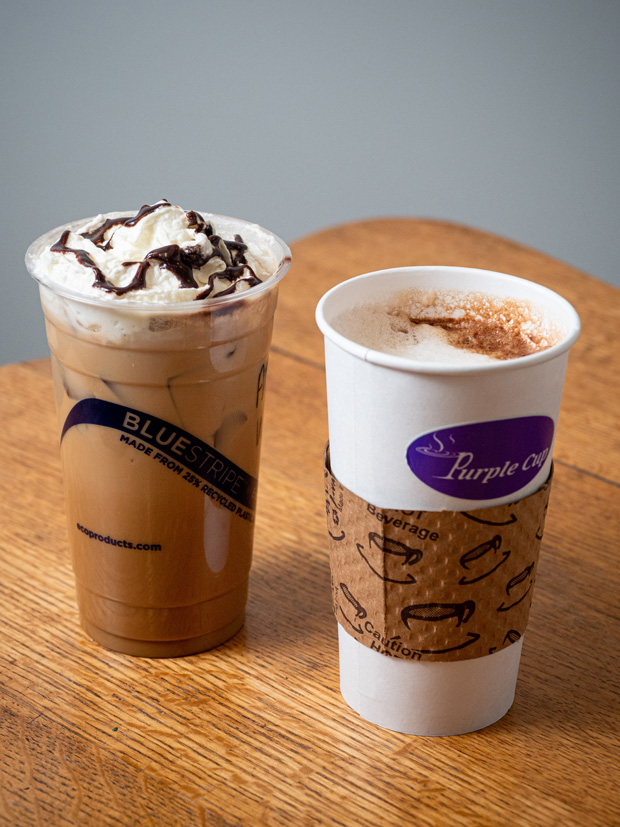 On Dec. 15, 2020, Purple Cup Coffee Company announced they had officially opened on Evansville’s West Side. By the time they began serving up hot and iced coffee options at 4502 W. Lloyd Expressway, Purple Cup already had almost 500 followers on Facebook.

Living up to their initial hype, Purple Cup has been pouring some delicious stand-out drinks to the Tri-State that our staff decided to try.

While they serve tasty traditional coffees served iced or hot such as drip coffee and lattes as well as teas, we branched out into their specialty club purple drinks with the Purple Night and an Iced Aces.

The Purple Night (served small for $4.25, medium for $4.75, and large for $4.95) is a perfect combination of espresso, chocolate, toasted marshmallow, and milk.

“It hinted at a s’more in a cup,” says Art Director Laura Mathis. “It was tasty and sweet and perfect for an afternoon treat.”

“It was fantastic and has an amazing flavor,” he says. “If you’re looking for a dessert beverage this is one of the first places I’d look.”