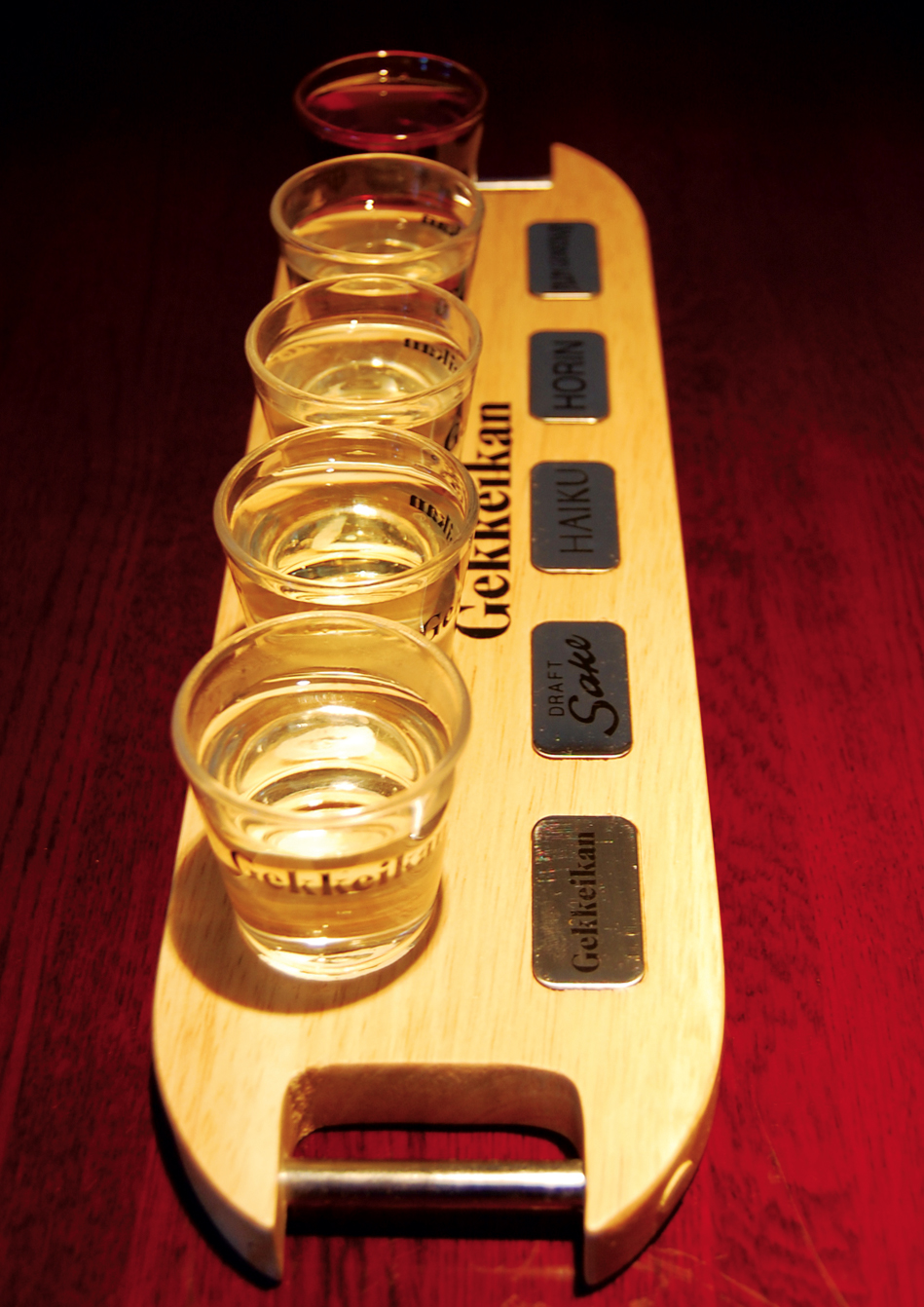 Previously, my sake experience involved one choice: whatever was served at the nearest Japanese restaurant. It was hot, it tasted smooth and gentle, and it barely smelled like alcohol — exactly how the Japanese rice wine traditionally is served.

At Tokyo Japan Restaurant (3000 N. Green River Road), the sake options are more bountiful. Fifteen sakes are on the menu, and the sake flight, known as the Gekkeikan Sake Experience ($12), is an opportunity to find a sake suitable to your tastes. Five glasses nearly triple the size of shots line a wooden plate. On the end with lightest color is hot sake, served as a classic choice. The rest are chilled, indicating a higher quality, says Will Sun, store manager and head sushi chef. Next to the hot sake is a chilled, bottled sake with a similar but cooler taste. The middle sake, Horin, is smooth, and the darkest sake, Plum Gekkeikan, is sweet, almost like a plum wine. Next to the plum sake is Hurin, a dry contrast.

Named after the Japan-based Gekkeikan (a sake company with business roots beginning in 1637), the sake experience at Tokyo Japan Restaurant is similar to the beer flights corn-fed Midwesterners know well. Also on the menu is a variety of hibachi grill items and sushi dishes. Purposely absent from this Japanese restaurant are spinning spatulas and onion volcanoes, the typical tricks from hibachi chefs. Tokyo Japan chefs prepare food in the kitchen away from diners — like most restaurants — to speed up serving time. Don’t worry. There still will be enough time to have a drink.