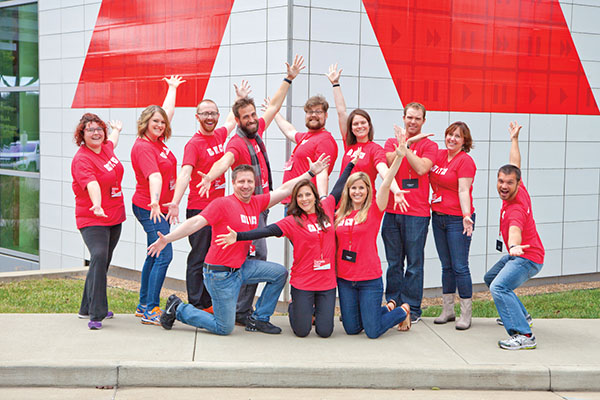 After falling down a rabbit hole of watching TED videos on YouTube a few years ago, Zac Parsons knew he wanted to be a part of bringing the experience to others in Evansville. In 2015, the city hosted its first TEDx gathering.

TEDxEvansville is an event sprung out of the nonprofit TED, whose mission is to spread ideas and start conversations through short video talks. TEDx, a program of TED, is designed to help communities create their own local talks and events.

Now in its third year, TEDxEvansville is moving from its previous location at the Koch Immersive Theater in the Evansville Museum of Arts, History and Science to the University of Southern Indiana’s Performance Center.

“It looks like what this space was designed for was hosting a TEDx event,” says Parsons, TEDxEvansville’s licensee and co-founder of Honey Moon Coffee Co. in Evansville.

This year’s event on Oct. 27 will feature 11 speakers from local professors to city employees. Lisa Wube, the program service director for the department of parks and recreation, will give her first TEDx talk this year on the topic of meetings.

“I’ve learned it’s OK to express yourself,” says Wube. “What I thought may be small, in comparison, actually is something people want to hear.”

Each talk will fit into this year’s theme of “grow.”

“It fits with what our community is experiencing right now,” says Parsons. “Either you’re here growing, or you’re declining as a city. And it feels like we’re growing.”