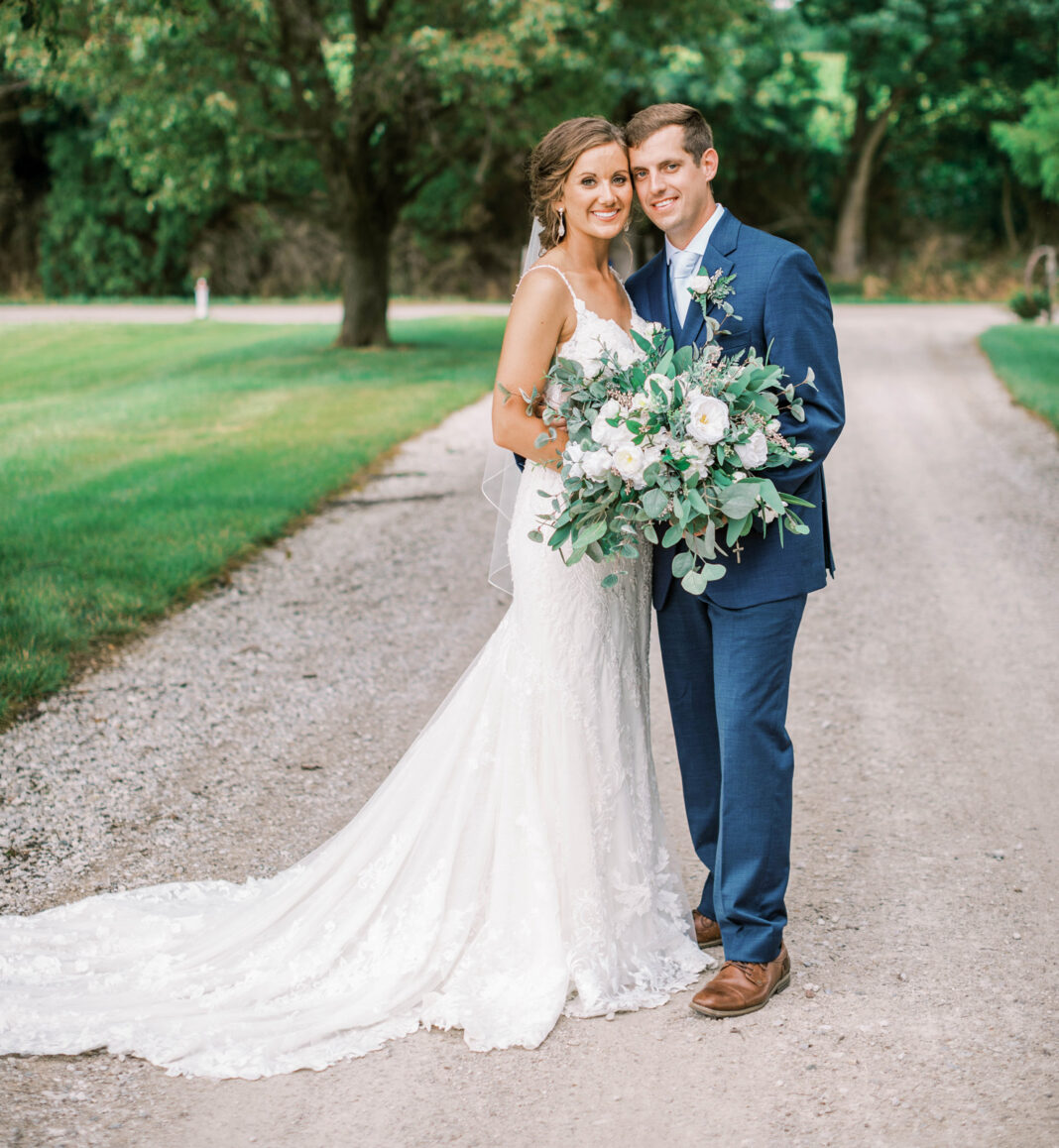 Hailing from southern Gibson County, Taryn and Aaron were engaged in March 2020 after dating for about eight months and began planning a traditional Catholic wedding.

The July 10, 2021 ceremony took place at St. Peter and Paul Catholic Church in Haubstadt, Indiana, Taryn’s hometown parish, with Father Tony Ernst, who had recently moved away from the parish a year before, as the officiant.

“It was just so special. The church was packed, and it just brought tears to my eyes seeing all the family and friends there supporting us and having Father Tony there,” says Taryn. “It was just special and intimate.”

The ceremony was large, with nearly 600 guests. One of Taryn’s cousin played the piano, while another performed on the violin. Aaron’s cousin also sang.

Wanting to include sentimental heirlooms and pieces of her faith in the ceremony, Taryn tucked into her bouquet a rosary from her mother’s first communion, as well as a bonnet her grandmother made for her baptism.

At the reception at the Vanderburgh County 4-H Center, Taryn’s grandfather and great-aunt played the accordion and sang the “Schnitzelbank,” a popular German-American song. They also enjoyed music from live band the Juicebox Heroes from Jeffersonville, Indiana.

“I wanted it to be elegant, but I also didn’t want it to be formal,” Taryn says. “I wanted everybody to come and celebrate and have a good time.”