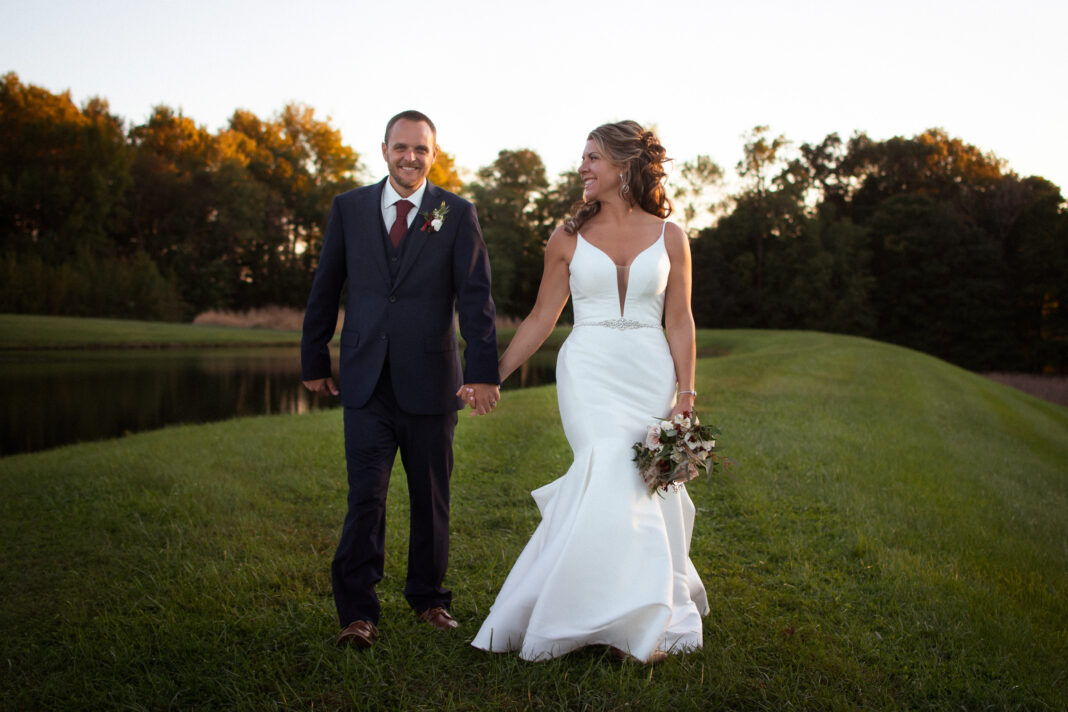 After meeting each other on Facebook, Laureen and Andy Ludwig quickly became friends and started dating in June 2019. Both golf lovers, with Andy frequenting the course as a player and Laureen as the tournament director for the United Leasing and Finance Korn Ferry Tour Championship at Victoria National Golf Course, the two were engaged in April 2021 at the Masters Tournament in Augusta, Georgia.

A quick six-month engagement didn’t deter the lovebirds. An event planner by trade, Laureen is no stranger to coordinating weddings and took her years of experience to create her own signature event.

Held at Andy’s parent’s house on the West Side, the Oct. 16 wedding signaled a new beginning for the bride and groom as it was the second marriage for each. Laureen says it was also important for them to make sure their respective children were included: Andy’s 10-year-old daughter Breleigh served as the maid of honor, and Laureen’s 18-year-old son Evan was his best man.

“I knew from my background that a lot of the venues that I would choose would’ve been already reserved because of, not only for the brides (on the list before me), but because of the backlog from when things were canceled because of COVID,” she says. “We didn’t have another choice, but their property is beautiful, so I don’t know that we would’ve picked anything differently.”

The outdoor reception was held under a tent rented from TRU Event that overlooked a lake in the backyard. Laureen says they focused on using greenery and flowers and color in the reception to fill out the space. The eventful night ended with fireworks above the lake.