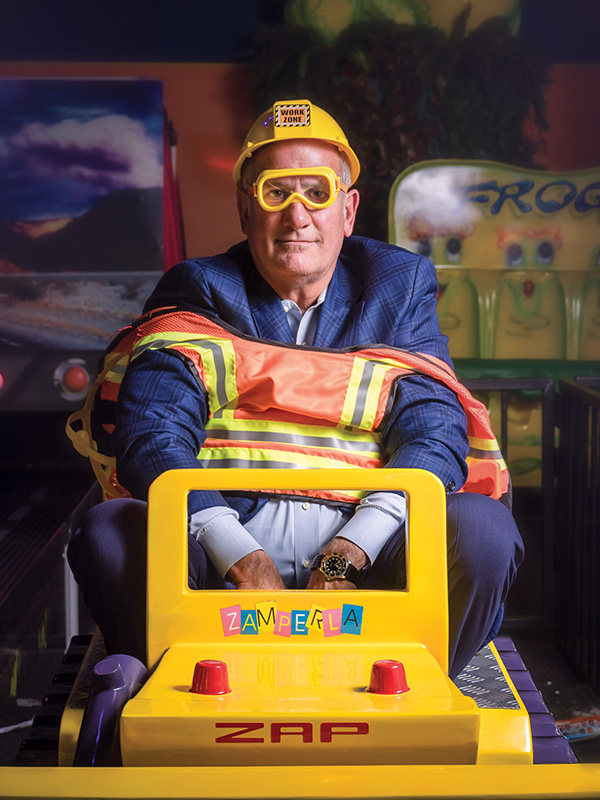 As shown in the Emmy Award-winning documentary that I enjoy, “Leah Remini: Scientology and the Aftermath,” a major component of scientology is called auditing. In Scientology, an audit is the process where the auditor takes someone (known as a “preclear”) through times of their life and gets rid of any “hold” negative situations may have on them. Hell, I don’t need Scientology for that. I always thought going for a run, having a frosty beverage with a buddy, or telling my wife “you should really go on that trip” accomplished the same thing.

Here are a few things I need to audit myself:

>> I have frequently used this space to rail against our community’s litter problem. Way to go, Carol Pettys, who is starting an effort to have cleaner county roads, which is a good start. But having spent several years on the Keep Evansville Beautiful board, the absolute key is enforcement. This is what would make for a strong deterrent.

>> It has been an eye-opening summer for my son Maxwell, who is a junior at Butler University. He is spending the summer working in production for Berry Global. Let’s just say, he hasn’t been mocking his parents’ early bedtimes this summer.

>> In this issue, we write about Downtown’s iconic Main Street restaurant Emge’s Deli, long operated by Jan Howell (thank goodness there is only one) and business partner Tracie Jones (“Order Up,” page 10). It is this type of restaurant that makes up the fabric of a city. And on the rare occasion they get my order right, I still am going to hear “And…” as Mrs. Jones smack talks me all the way out the door. It’s why I like the place. To the many I know who go there frequently, you do, too.

>> My favorite quote I have seen in this issue is from “In a Word” on page 12, where three people share their views on procrastination. Tim Turpin, who is a very busy man, closes by saying, “Overall in life, all of us procrastinate in one form or another. It’s a great thing to have in life, or we would never stop.” Knew it all along, Tim!

>> Let’s keep an eye on 12-year-old golfer Peyton Blackard, who is the youngest player ever to compete for a city golf championship. He qualified with a 69. The young man obviously can play. Unlike some people I know, I doubt he makes his parents listen to a hole-by-hole breakdown after he plays.

>> I am very please to have played an integral role in the Evansville Half Marathon. Sixteen years ago, Derrick Stewart, Jim Sandgren, and I sat in my office, and talked about starting a race with a strong charitable component. The other goal was to have a program that would help anyone get to the benchmark of 13.1 miles. Although I now am only a sponsor and participant, I am pleased to salute the half marathon’s success.

>> In Wesselman Woods, one of the largest old-growth forests (200 acres) in a city of the U.S., running is not allowed. However, there are other large wooded areas in the center of the “circle” and between the northern most road circling the park and McDonald’s golf course that could be utilized for running. Uh … a permanent bathroom structure at the Evansville State Hospital Park would also be well received by the hundreds who use it daily. And … I have never been given a really good answer about the “no running in the woods” either.

>> Seriously, who is responsible for the medians along North Burkhardt Road between Virginia Street and Oak Grove Road? We are better than that, and I wouldn’t want to showcase new development on a tour of that section of our fair city.