The Azaleas Are Blooming

The gates have been open for a few weeks, though the azaleas, as we all know, are at least 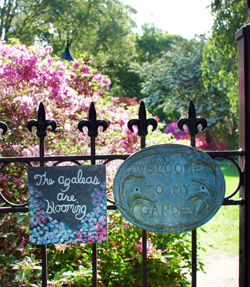 10 days “late” this year. For decades, interlopers have been welcomed to the gardens near the corner of Lincoln Avenue on Roosevelt Drive to enjoy the azaleas. Each spring I make a point to drive down Roosevelt Drive (between Lincoln and Walnut Avenue, east of Boeke Road) to admire the beautiful, old azaleas that line the street, giving it the look of an impressionist painting in the dappled sun.

Joe and Linda Scott, now retired, have lived in the home with gardens for 18 years. Linda says more than 90 percent of the azaleas were planted by the original homeowner in 1930.

“We had lived in Evansville for 25 years before we bought this house,” Linda says, “yet we never knew about the azaleas. Our real estate agent showed us photos and the next spring, we were pleasantly surprised.

“A friend asked us if ‘we would continue the tradition,’” Linda says, who learned the tradition was opening the gate and announcing, with a sign, the “azaleas are blooming.”

The Scotts are pleased to open their yard to visitors. “We enjoy it; we’ve met a lot of nice people,” Linda says. 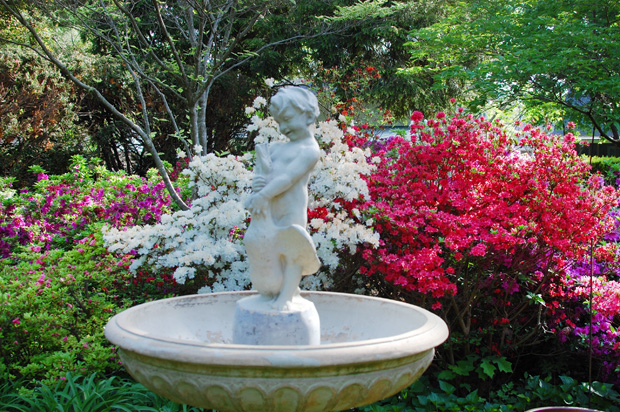 Several years ago, our friend Billy surprised his wife on their anniversary with a picnic dinner and champagne on the garden’s lawn. I recall the picnickers were warmly welcomed by the homeowners, who came outside to introduce themselves.

Linda says this year the azalea blooms are about two weeks behind normal bloom time, which can bloom as early as mid-April.

The name azalea is derived from the Greek word “azaleos” for dry; this refers to its proclivity to thrive under trees and bushes that get little rainwater. 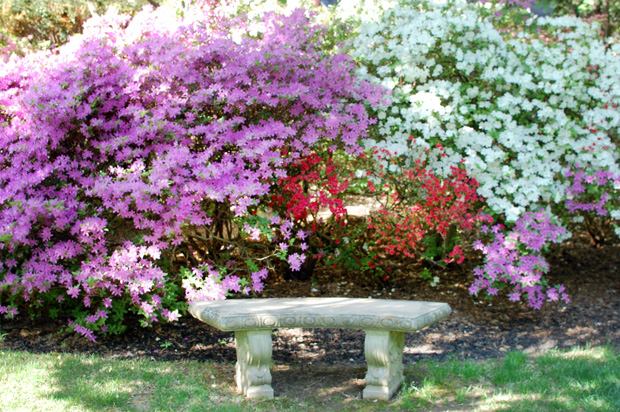