The Fight for Equality 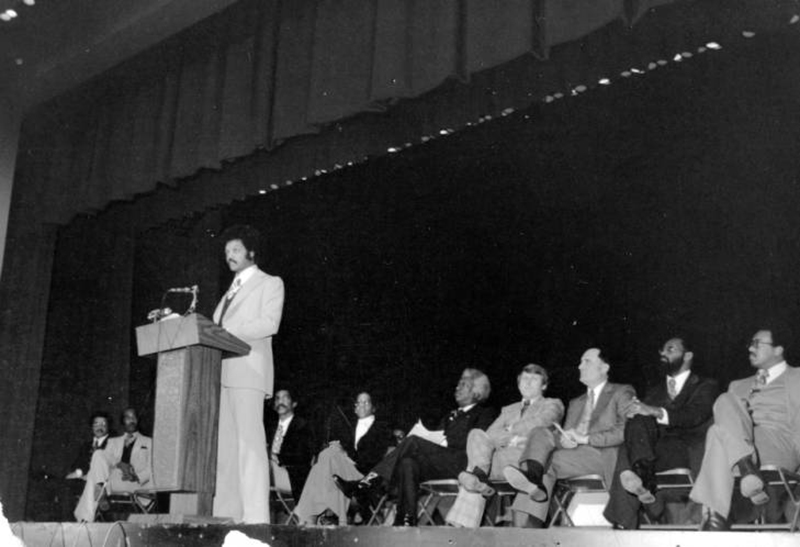 Originally started as Negro History Week by historian Carter G. Woodson in the 1920s, Black History Month has been nationally recognized by the U.S. government since 1976. While the month of February denotes a specific time of remembrance, Black history has no dates or limitations.

Throughout the country, including Evansville, prominent Black citizens from activists to teachers helped — and continue to help — shape the future of the country. One such moment was Feb. 21, 1977, when politician, Civil Rights leader, and Baptist minister Jesse Jackson visited Evansville.

Pictured at the podium on stage at Benjamin Bosse High School in a photo from the University of Southern Indiana digital archives, Jackson — a close partner of Martin Luther King Jr. — gave a speech for Black History Month. The day before, Feb. 20, he also spoke to the community at the Vanderburgh Auditorium.